A lot of Filipino kids, especially those living in rural areas, have enjoyed collecting spiders and watching them fight on sticks. While the actual fight can either be a non-fight wherein one/both spiders might run away from each other or quite morbid wherein one would die or be injured in the quick hands of the opponent yet it was fun for those who have tried the game in their youth, anyway.

But what happens when humans do a ‘spider fight’? Well, it can be quite hilarious, actually – as long as they are only dueling for fun, of course, and not using weapons!

In a clip shared by Pinoy LaughTrip Videos, a pair of guys could be seen straddling a bamboo pole placed across what appears to be a small river or a wide canal. In classic ‘spider fight’, the two slowly moved towards each other, with both aiming to be the last man on the pole to win the match. 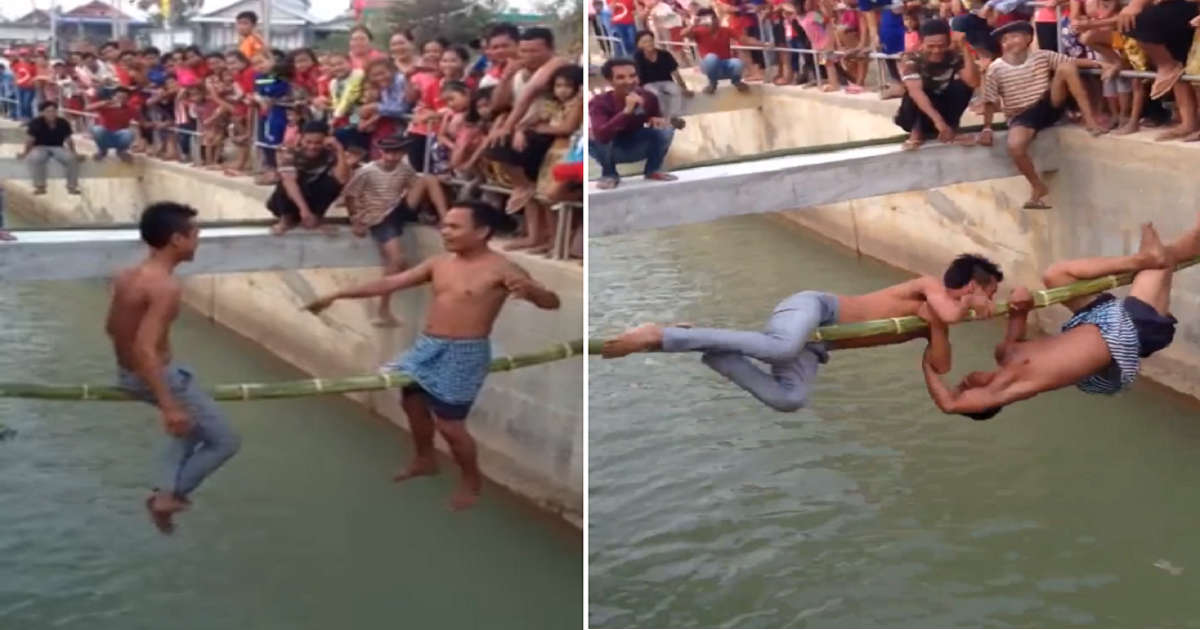 But how would they fight, anyway? Well, you really do not have much to worry about because this was, after all, done for fun. So, instead of punching each other and doing ‘real’ fighting, the two were merely trying to take the opponent off the pole.

As can be seen in the video, several onlookers were watching the two men ‘spider fighting’ and were all amused at the antics of these guys as they tried to stay on the pole and push his opponent off.

But gravity and the swaying pole worked against the two guys so that even before the actual ‘fighting’ begun, one was already swinging from the pole after losing his balance. Thankfully, he was able to cling hard to the pole. He even managed to stay on the pole a few minutes longer but would he win this hilarious match?

Check out the outcome in this funny video: