Mina Justice’s 30-year-old son was among those whose life was cut short by Omar Mateen, the heavily armed gunman responsible for the brutal killing of 50 people in the gay nightclub Pulse in Orlando, Florida this weekend.

Prior to her son Eddie’s tragic death, Mina received a series of heartwrenching messages from him. 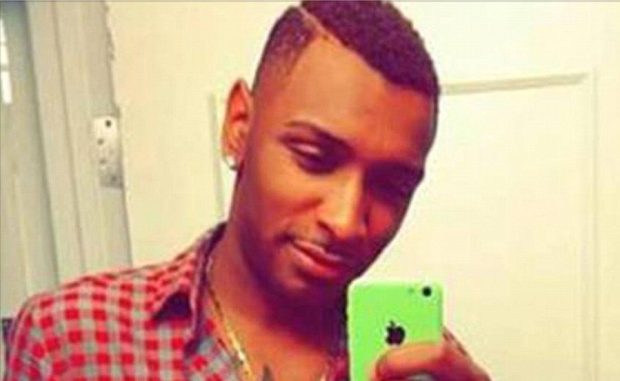 Mina was already sleeping when received the first text message from Eddie.

“In club they shooting.”

Upset by what she read, Mina tried calling Eddie but there was no answer so she sent him a text message to check if he was alright.

“Pulse. Downtown. Call police,” Eddie replied after Mina asked which club he was in.

At 2:08 am, Mina received a horrifying text message from Eddie: “I’m gonna die.”

Mina was already wide awake and had dialed 911. She then sent Eddie a flurry of text messages over the next several minutes.

U still in there

Finally, after minutes of waiting, Eddie replied at 2:39 am: “Call them mommy. Now.”

After informing Mina that he was in the bathroom, Eddie then sent disturbing messages to his mom.

Mina then asked Eddie if anyone was hurt and which bathroom he was in.

After not getting any response from her son, Mina sent several more messages asking if he was with the police.

She wrote: “Text me please.”

After four minutes, Eddie replied: “No. Still here in bathroom. He has us. They need to come get us.”

At 2:49 am, Mina informed her son that the police were there and asked if he saw them.

“He’s in the bathroom with us.”

Mina asked: “Is the man in the bathroom wit u?”

Mina finally got the final text message from Eddie a minute later: “Yes.”

An accountant by profession, Eddie was normally a homebody who liked to eat and work out, according to Mina. Residing in a condo in downtown Orlando, Eddie liked to make everyone laugh. A report by The Guardian revealed that Mina knew “he was gay and at a club – and all the complications that might entail”.

By early Monday, Eddie’s name showed up on an official list of the dead.