The video captured by Gershom Pertacorta showed how hundreds of the tough talking mayor’s supporters worked together in order to unveil the giant Philippine flag, which was dubbed was “Watawat ng Bawat Pilipino”. 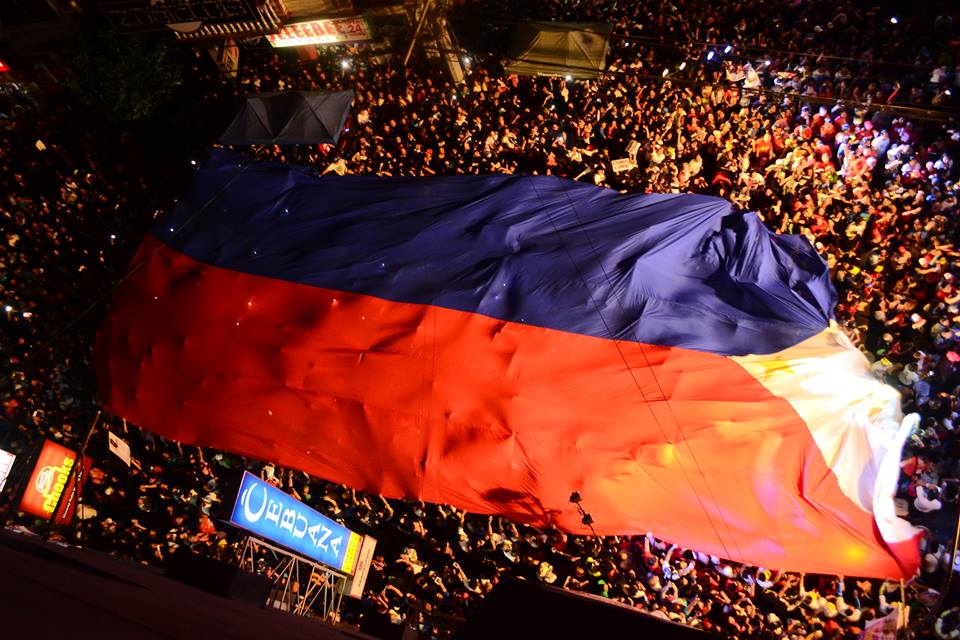 Apparently, writer and director Darryl Yap was behind the idea of unveiling the giant flag.

(I am Darryl, a director and writer, teacher, son, brother, Filipino, and a brave Olongapeño. This Philippine flag measuring 82 feet in length is my contribution to President Rodrigo Duterte.)

Angel Eden Ejedj, who took part in the unveiling of the giant flag, expressed her gratitude towards Yap for coming up with the unique idea. According to Ejedj, those who experienced being under the flag screamed, jumped and even cried during the event.

After confirming the existence of two BPI bank accounts allegedly containing P211 million, Presidential aspirant Duterte challenged Senator Antonio Trillanes IV to execute an affidavit on how he was able to obtain his bank records.

Despite admitting the existence of the accounts, Duterte insisted that none of the bank accounts has P211 million.

( I have accounts in BPI. But it doesn’t contain big money, just thousands. It could not go beyond even… One has 17 thousand, while the other has 50 thousand.)