A Puerto Rican man murdered earlier this month received an unconventional funeral that made him appear “just as he was in life”.

Shot 15 times in the Villa Carolina neighborhood on March 3, Fernando de Jesus Diaz Beato sat in a chair wearing his favorite outfit with a cigarette on his fingers during his funeral. The family decided not to place him inside the coffin because they wanted to remember Beato as he was. 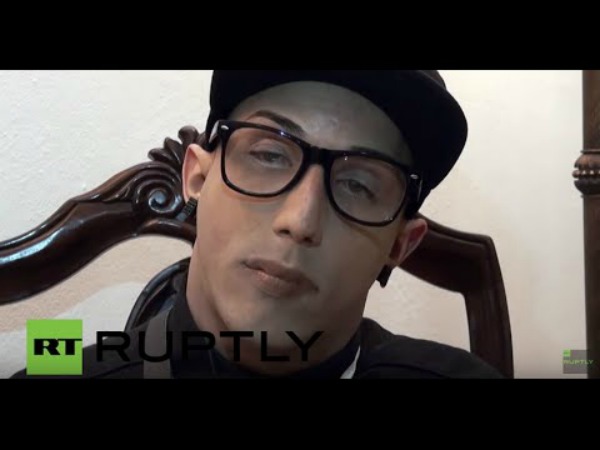 Much to the surprise of the family, Marin Funeral Home chose to leave the corpse’s eyes open.

Beato’s funeral is the ninth unconventional funeral that Marin Funeral Home has executed, yet it is the first that the eyes of the dead person has been left opened.

Speaking to The DAILY MAIL UK, Damaris Marin, the owner of the funeral home said: “This time is different because he is seated with his legs crossed but, this is the first dead man in history with his eyes open.”

She added: “We have seen that the families wish to see the dead men just as they were when they were alive. We gave [the family] a surprise by leaving the eyes of the dead man open.”

Currently, the police are investigating the death of Beato.

In October last year, a murder victim’s body was propped up at a table of dominos at a table next to a jukebox. At first glance, you’ll probably assume Jomar Aguayo Collazo is just enjoying a domino game at his own funeral. Known as diorama-style wake, this unconventional funeral has become increasingly popular in parts of Puerto Rico, according to a report by Washington Post.

The practice, which caused a sensation among Department of Health authorities and state attorneys in the country, is considered legal in Puerto Rico.