The rainbow is one of the most beautiful miracles of nature – but have you ever seen a colorless one? Yes! There exist colorless rainbows! And they do look as weird as they sound. After all, we’re used to seeing colorful ones and the colorless variety is actually a rare phenomenon.

One of these transparent rainbows was spotted in Missouri last Monday. According to Tammi Elbert of Washington, Missouri, “I was driving into patches of fog and I kept seeing what I thought was a rainbow. When I first saw it, I thought it was maybe an optical illusion. I was pretty intrigued and I knew I’ve seen it before I didn’t realize how rare it was.”

Intrigued by what she saw, Elbert pulled over and took some snapshots which she posted on social media. It was there that she learned that she had just taken a snapshot of a rare type of bow called a “fogbow”. 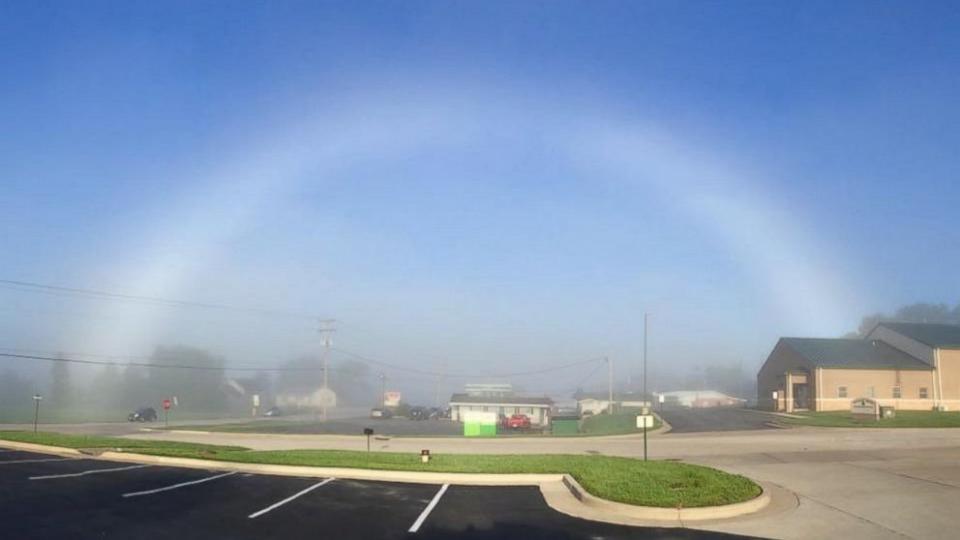 In an article on Yahoo! News, it was revealed that the National Weather Service defines a fogbow as “a rainbow that has a white band appearing in fog that is fringed with red colors on the outside, and blue on the inside.”

Since it is rare for such transparent rainbows to appear, it was quite lucky that Elbert was able to take a picture and share it on social media for us to learn that such things actually existed!

If Elbert didn’t share this on social media where it had gone viral, I am quite sure many of us wouldn’t know that there are colorless rainbows – of course, they aren’t really ‘colorless’ per se but only appear so because according to NASA, the foggy and colorless appearance is due to it having smaller water droplets: “[S]o small that the quantum mechanical wavelength of light becomes important and smears out colors that would be created by larger rainbow water drops acting like small prisms reflecting sunlight.”