BENGUET, Philippines- Inspired by Brazil’s favelas paintings, over 18,000 square meters of houses situated in Baranggay Balili, Stone Hill in La Trinidad, Benguet are being transformed into a giant mural by residents.

The project, which is part of the REV-BLOOM campaign of the Department of Tourism (DOT) in Cordillera, was designed by the Tam-awan Village artists. The tourism beautification project aims to promote a more sustainable tourism in La Trinidad, a neighboring town of famous tourist destination Baguio City. 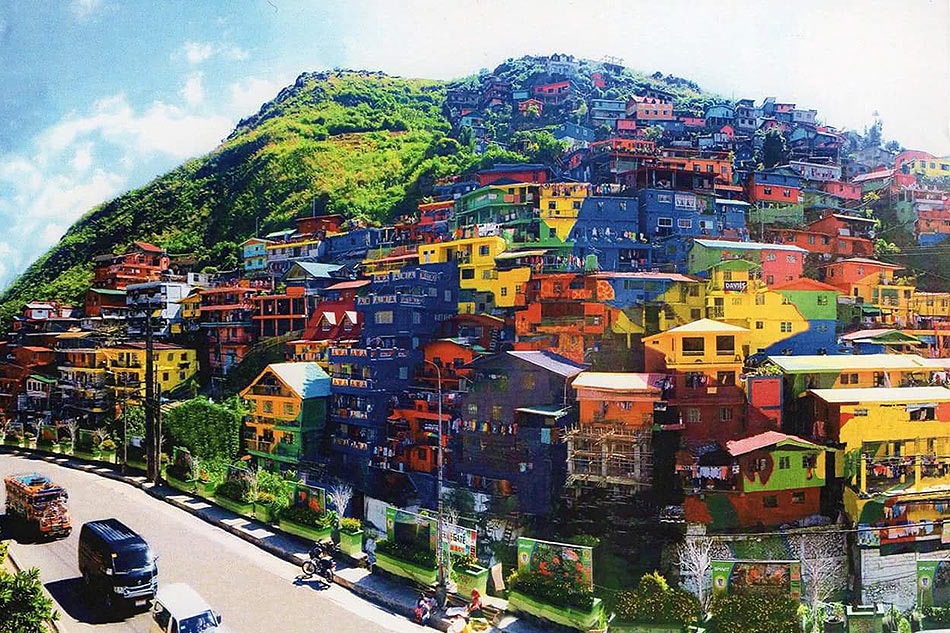 Tourism Regional Director for Cordillera Venus Tan revealed that Stone Hill was selected for the project because the houses, which seem to be an eyesore, is the first thing that visitors will see as they enter the provincial capital.

Residents along with students, volunteers and members of the police are painting hundreds of houses to transform it into a sunflower mural. Paint companies also took part in the project by donating paint and other materials.

(What we are doing right now is the outline of the flowers. The design can’t be seen yet as we are still in the process of painting.)

Meanwhile, Jordan Mang-osan, one of the artists of the project said the artists selected sunflower as the design since the area was once filled with it.

The project is the first of its kind in the Philippines but a similar project is being considered for Quirino Hill in Baguio City.

What is a Mural?

According to WiseGeek, a mural is a very large work of art, often a painting, which is applied either to the surface of a ceiling, wall or floor. While a mural can be one of various styles, all are designed to bring beauty to a place.