It is said that you really can’t beat the locals in things they know best how to do – and this seems to be true in this viral video shared by Bikemap on Facebook.

The clip was captioned, “It’s your legs, not the price tag of your bike!”

And just as the caption hints, the pro biker with his expensive gear was not able to beat the local with the ‘ordinary’ bike because the latter was more adept and used to the steep mountain climb!

Netizens from around the world could not help but show admiration to the old man for beating the pro biker at this ‘race’, especially because it even appeared that he wasn’t exerting much effort at all. 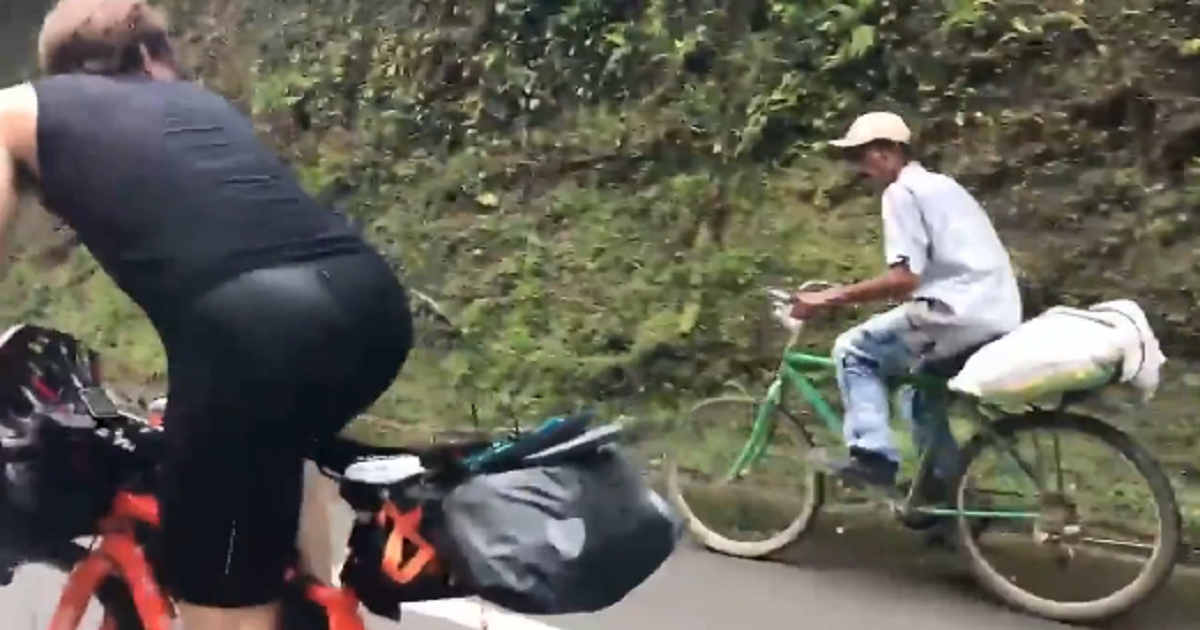 Screenshot from video by Bikemap

In the video shared by Bikemap, the pro biker with the expensive gear could be seen somewhat struggling as he rode up that uphill climb. It was not apparent whether the one taking the video was also riding a bicycle and just using a helmet camera to film the moment or was driving a motorcycle /car at the moment.

What was clear was that the pro biker wasn’t having an easy time navigating that uphill climb but the local he had passed, an old man on an ‘ordinary’ bike at that, looks like he was just taking a leisurely bike ride on a level street!

Amazingly, while the biker was wearing biking full gear such as cycling shorts, the old man was even wearing maong (denim) pants. And if you have ever worn maong, then you know how difficult it can be to move freely in one while biking.

So, salute to this old local and his steadfast bike.

Watch this video to see the old man beat the young pro biker: