Its always nice to hear uplifting stories about individuals making big differences in their own little ways. Jessica Mcclard, a local jogger from Fayetteville, Arkansas, found it inspiring that Little Free Libraries have been successful in their area.

“My feeling is little free structures both create space for neighborliness and address social problems,” said McClard in an interview with the Huffington Post.

Eventually, McClard decided to do something similar wherein she aimed to help hungry and needy individuals get free access to food and goods. She called it the Little Free Pantry initiative. 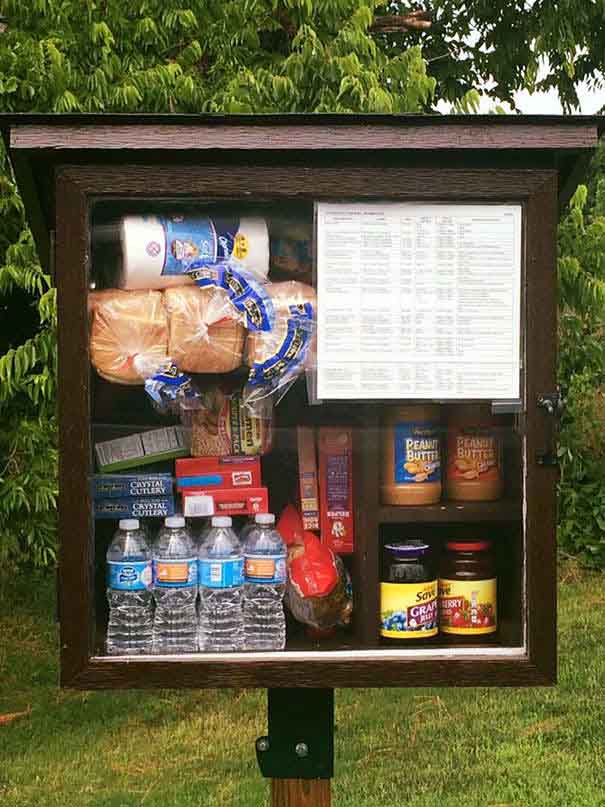 She later received a funding of $250 from Thrivent Financial and so she immediately started working on the project. Her first free pantry was established just beside the Good Shepherd Lutheran Church in Fayetteville last May 10.

The project quickly gained a lot of attention. 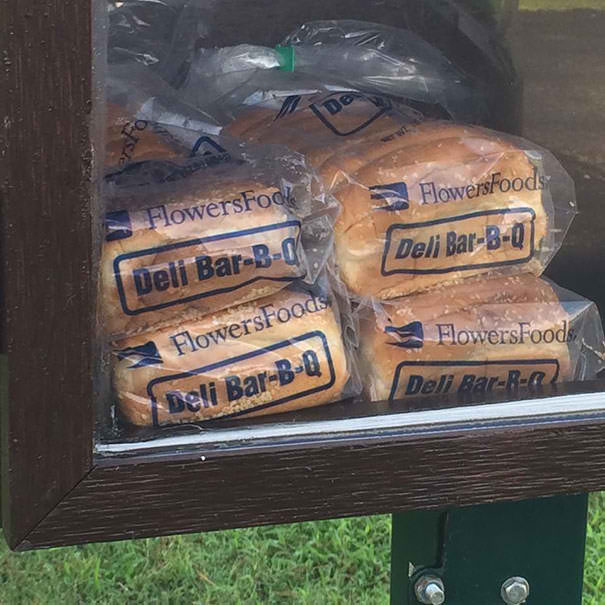 The Little Free Pantry website has since been launched and they now have over 15,000 followers on their Facebook page. Others also followed her lead and started their own free pantries in South Fayetteville and Ardmore, Oklahoma. 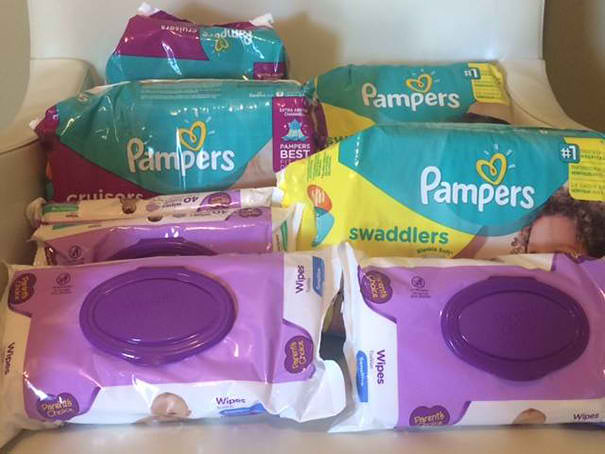 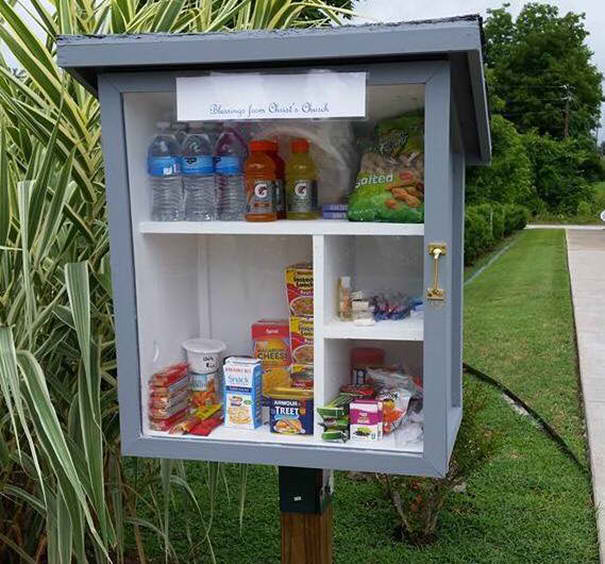 McClard hopes that the initiative will encourage people to donate items or to start their own free pantries as well.

How Can I Help Homeless People?

According to Union Rescue Mission, giving food and referring the homeless to service organizations and other resources is a better idea than giving them money.
The website tells us:

“If a person is hungry, offer him/her food, coupons, or gift certificates to nearby restaurants or grocery stores. Or refer him/her to an agency that can provide food and shelter such as a local soup kitchen. Never give out cash. The money you give to “help” that person could be used to buy drugs or alcohol instead.”