It is a sad reality that a lot of kids these days often expect to receive lots of presents for special occasions – or if you’re giving them just one present, then it should be something expensive like a gadget.

While older people would scoff at this generation’s parenting skills, saying such expectations are borne out of these young parents’ mistakes, it has really become a reality that many have to deal with one way or another.

What’s rather disturbing is that some parents actually find it funny to post their children’s videos while having a tantrum over the gifts they received! Pathetic. In this manner, while the vids do receive a lot of views, the kid does not only become a laughingstock on the internet but the parents also receive much bashing from netizens! 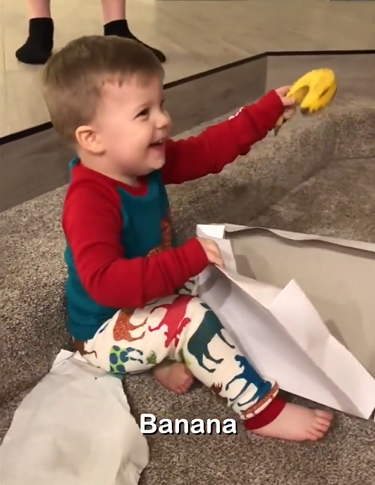 But one kid has won over the hearts of people on the internet after his parents posted the heartwarming video of him celebrating over a simple present: a banana!

Most kids would expect toys and would be deeply disappointed upon opening a present that only has food but this kid is an exception. Instead of being sad and disappointed that he *only* got a banana, he celebrated upon seeing the gift.

He looked so genuinely happy about his present, waving the fruit around and announcing that he got a banana. It was obvious that this kid loves bananas! Perhaps his favorite snack is a banana? 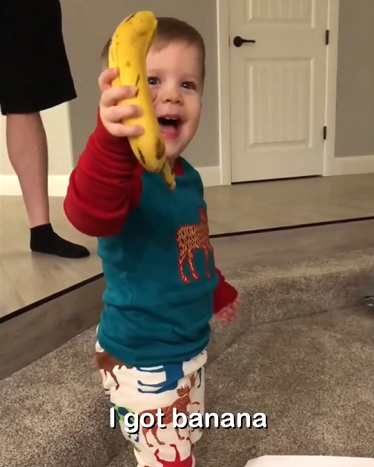 But the reason that truly endeared this child to the world is that he loved his gift, no matter how simple it was. The banana was not even a toy but he loved and appreciated it, anyway.

He even said that he would bring it home, proof enough that he truly enjoyed his gift.

A lot of people commented on the video, saying that they wished their kids were like this little guy or that other people would be as happy as this young one even with simple gifts received because everything, no matter how small or big, is a blessing…