As a lawyer in Chicago, USA, Anita Dhake earned about 4 times the regular salary of professionals her age. While being interviewed for jobs in big law firms in the city, she had a ‘light bulb moment’ upon learning of the salaries these companies were willing to offer lawyers like her.

She told Forbes magazine, “I remember learning about the salary and asking a friend, ‘If I make four times what the average person makes, can’t I retire four times earlier?’”

The friend did not get her point and told her that retirement did not work that way. She would later prove her friend wrong.

Back in 2009, the economy was down and her employer offered her a third of her salary to use as she pleased for a deferral year, until the economy improves. She used the money to travel – and this experience would further fuel her love for traveling.

In October 2010, she was able to work again. This time, with a job offering her a base pay of $160,000 per annum plus bonuses, she was able to pay off all her student loans amounting to $100,000. She did live frugally – she did not buy a car but chose to commute daily, she had a roommate, and did not even buy clothes as she gladly received hand-me-downs from her sisters.

Instead of buying food or drinking expensive coffee, she brought her own lunch.

Thus, after paying off her debts, she was immediately able to save almost every penny of her salary. She got lucky with her job as she received not just her basic pay but plenty of bonuses and raises so that within 4 years, she easily surpassed her initial goal of saving $450,000, managing to save as much as $700,000! 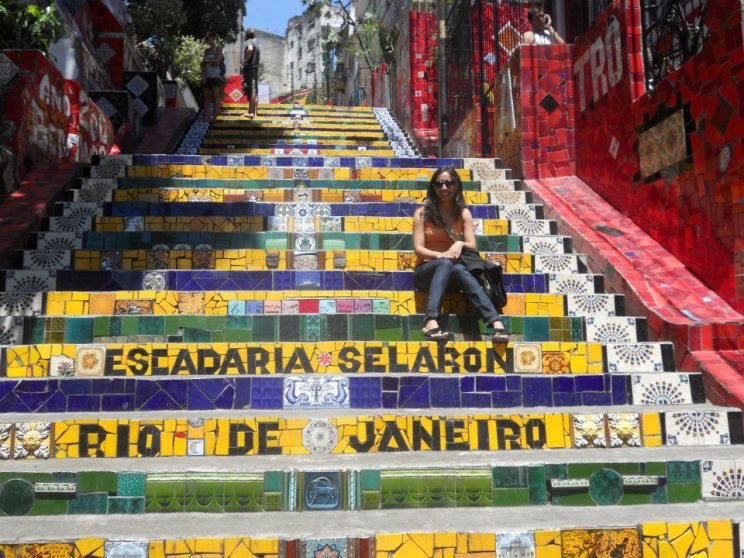 Seeing that she had all the money she had projected to have plus some extras, Dhake decided to retire at age 33 and travel the world. A lot of people in her circle frowned at the decision but she was sure of what she wanted.

“The law firm wasn’t paying me because I knew things. They were paying me for my life. I felt pressured to put work above family, friends, sleep, vacations and everything else. At the time, I thought I was getting the better end of the deal — $160k for a year of my life? Heck, yeah! Now, I realize I only have one life and I’ll never get it back,” she said.

Using her savings and dividends from wise investments, Dhake began to travel around the world. She’s been to 40 countries on her bucket list so far – and has not gone broke because she still managed to live as frugally as she could. She spends only about $24,000 a year on her trips.

At the rate she’s spending her money, this could possibly last up to 30 years! Of course, inflation could catch up and give her a headache but Dhake said she could just get back to work again, if she wanted, or even monetize her blog. Right now, though, she is focused on crossing out things from her bucket list and enjoying her retirement now, at an age when she can truly enjoy it!