MANILA, Philippines- Over the past years, several patients allegedly maltreated by doctors, nurses and staff in public hospitals have shared their horrible experiences in social media. In order to address such issue haunting public hospitals in the Philippines, Negros Oriental Rep. Arnolfo Teves Jr. proposed the posting of “Bawal ang masungit” signs in public hospitals to remind hospital personnel to be nice to their marginalized patients.

Teves, who said a number of poor patients have experienced ill treatment from grumpy hospital staff, raised the concern during the budget hearing of the Department of Health (DOH) this week. 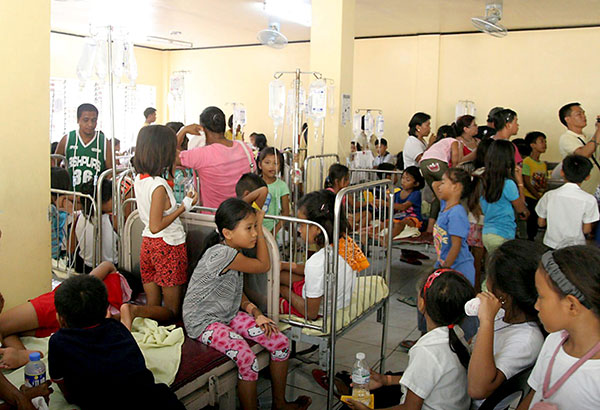 Speaking to DOH Secretary Paulyn Ubial, Teves said he wants to address the issue by putting signs in public hospitals and setting up a hotline to handle complaints of maltreated patients.

(The person is already sick and poor but even gets shouted at.)

According to Teves, who described himself as propoor, he learned about the situation after “going incognito” in a government hospital. However, he refused to give details about the said incident and urged the DOH to put video cameras in hospitals.

Meanwhile, the Health Chief said the DOH is already looking into the issue.

“In fact, I’m thinking of sending ghost clients from the DOH to go to hospitals and observe how they (doctors) behave in front of patients,” Ubial said.

A team from the DOH central office visited villages in Iloilo City on Tuesday, September 6 to determine the origin of Zika virus in the country after a 45-year-old woman tested positive for it.

DOH-Western Visayas epidemiologist Jesse Alonsabe said they are conducting a thorough probe of the case to make sure that there’s no possible transmission.

Alonsabe also dispelled reports that the female patient, who is currently confined in a local hospital, is pregnant.