It was just a typical day when Megan’s husband David and their eldest child, Jakob left their home on March 21, 2016. Megan was then left alone with their younger son, Deegan, who was a three-year-old. Just a few hours after, Megan started to feel contractions. She called her husband to come home, but the contractions got stronger and stronger that she thought she had to deliver the baby. 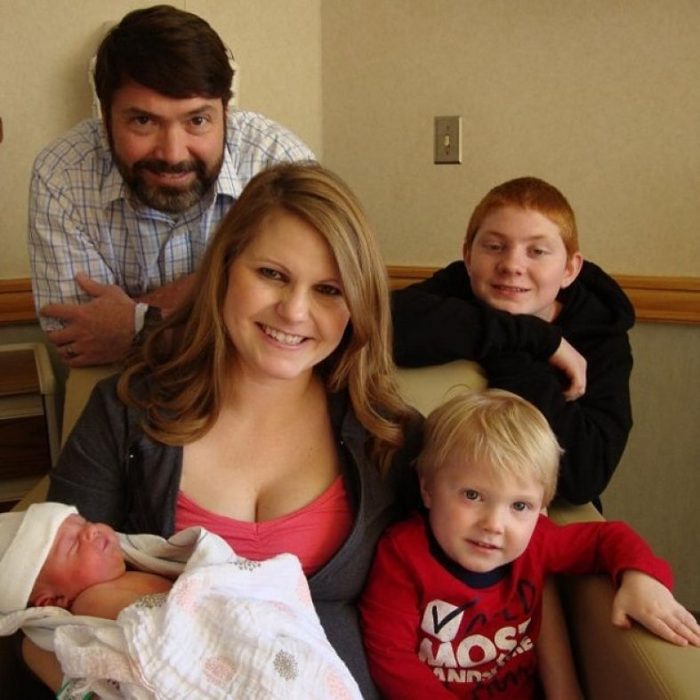 Megan Whaley’s newest baby, Emery, made a “dramatic entrance” and she was unexpectedly delivered at their home.
Photo Credit: Parenting

Despite the situation, Megan remained calmed and focused as she tried delivered her baby in their bathroom. Moments before she was preparing to give birth, her son Deegan checked on him and even gave her juice to drink.

My son went and got a juice box and put a straw in it and asked if I wanted some juice.

When her son Deegan went back to watch TV, Megan prepared for the delivery by covering the bathroom floor with towels to keep the baby safe from the fall. She reminded herself to be careful “not to drop” the baby as she pushed hard to get her baby out.

Megan then wrapped the baby with towels until her son Deegan came back surprised at what he saw. She then called up her husband with their daughter crying at the background. He was anxious to get home.

David was relieved when he saw his wife and their daughter safe. The paramedics then arrived and took them to the hospital.

That’s a whole new level of respect of what she went through all by herself. People don’t have babies at home like that, and if they do, it doesn’t always turn out like ours did.

Meanwhile the Whaley family was just as thrilled to know that the youngest addition to their family was a girl. They did not know the gender of the baby throughout the pregnancy so it was even a more special.

Having a daughter is just amazing. I love my boys, but I am really glad to have a daughter.

When did women start giving birth in hospitals?

Babies were delivered by midwives in their homes from the colonial period all the way up to 1760. Then, upper class women wanted to have doctors deliver their babies. That time, however, doctors still delivered babies at home. It was only in the 20th century that hospital births started because women wanted pain-free childbirth with anesthesia.