Jass Pangkor may be a talented musician in Malaysia but it is not every day that he gets a lot of audience when he performs in the streets. While that is expected, of course, since there are times when people are simply too busy to stop and listen to good music for relaxation, he understands this but it does saddens him to see no people coming closer and listening to his music.

One day, however, he had the brilliant idea of simply playing singing some songs even when there were only a few people around. What surprised him and his audience was that four kittens were curious enough to walk towards him and stopped to listen to his performance! 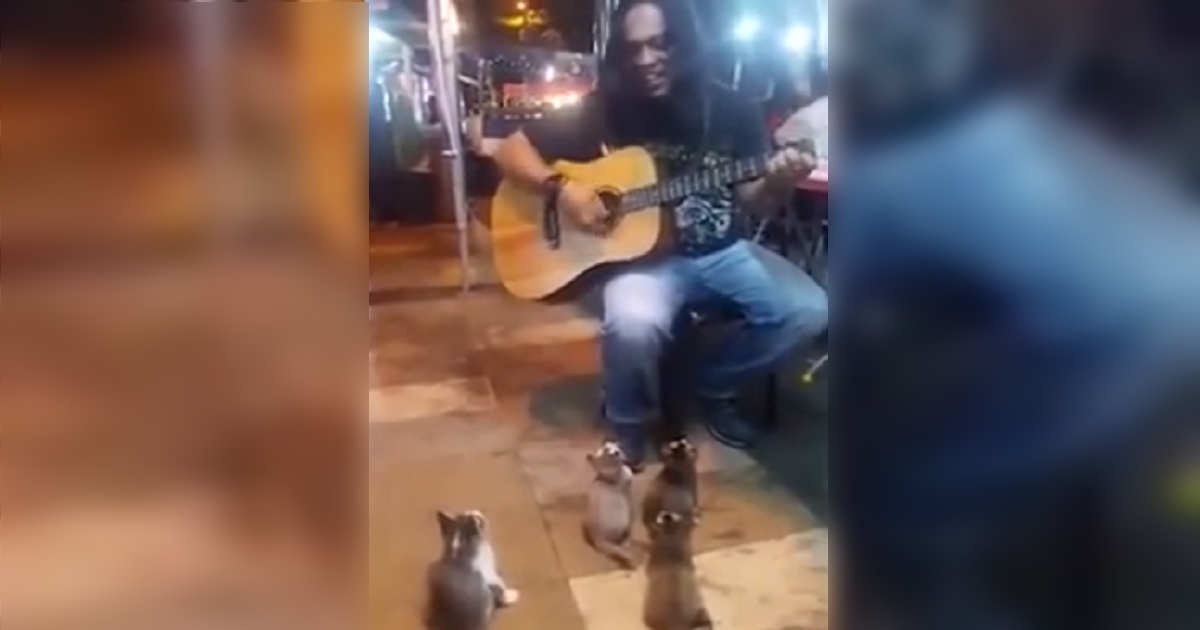 The kittens even swayed to the music from time to time – and stayed through his performance from start to finish! It really was quite adorable to watch. I am not sure whether I was entertained more by Pangkor’s music or by the kittens who stopped by and admired his performance.

Pangkor’s original audience, the humans of course, were also quite amazed with the kittens’ curiosity that they took a video of the performance and shared it on YouTube where, as expected, it became quite viral!

To date, the video shared by Sami Hussein on YouTube has gained over 3.65 million views since it was uploaded in May 2016. It simply goes to show that a lot of people were also quite amazed by these kittens.

Some people joked that these kittens must have been his pets while the others think that the kittens were thinking this guy was about to give them some food.

What is a Busker?

A busker is a street performer who performs his craft, most through music, in exchange of gratuities from the audience.