Lots of local celebrities have gotten married these past months; spending millions of pesos on their wedding. Some spent millions on their wedding gowns. We can’t fault them for that, of course; it is their own money [and their sponsors’] to spend.

After these enchanting weddings and bejeweled wedding gowns comes the simple P799 RTW wedding gown of Kitchie Nadal. It is the talk of town these days after the price of the gown was revealed. Netizens were torn: some thought Kitchie is the epitome of simplicity and beauty in her inexpensive gown while others called it “cheap”, in a bad light. 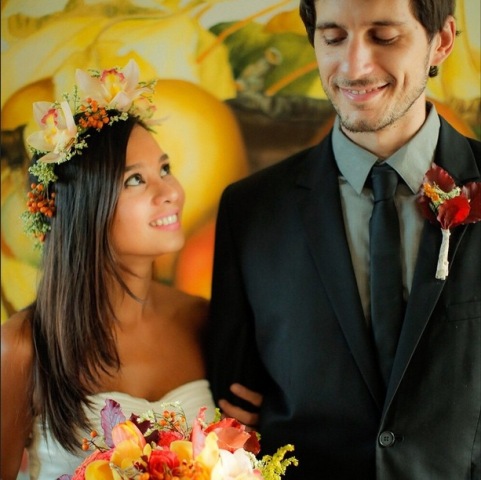 Photo credit: When in Manila/ @mangored_studios

Some think Kitchie is just trying to create a stir by choosing such a cheap gown because who would choose something less than P1,000 if they had the money to buy something more expensive? Well, apparently, Kitchie is so down-to-earth that she does not mind the price tag as long as she loves the dress. 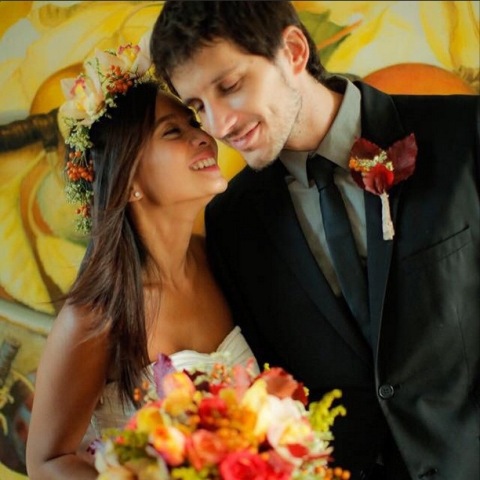 Photo credit: When in Manila/@kitchienadal

According to blogger Niña Rosario, one of Kitchie’s closest friends, the bride fell in love with the gown the moment she tried it on. She found it in one of the malls in Makati. It was the first she tried and it fit her small frame perfectly.

It might have been too simple for most people yet Niña added, “The story about her dress floored everyone and this should show all brides around the world that sometimes it’s about the woman and not the dress.” 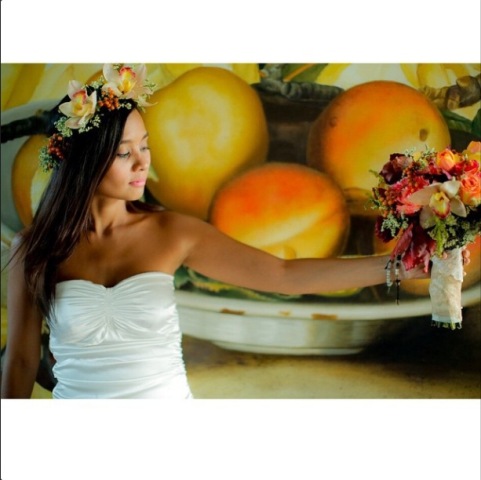 Photo credit: When in Manila/ @mangored_studios

…and if you think the dress was too simple, just look at Kitchie’s wedding photos. The gown was simple, yes, but the bride looked stunning! And admit it, if you didn’t know the price tag, would you have thought this gown was just an RTW worth P799?

All brides want to look their best on their wedding day because this is, after all, her day. She is the center of attention, so she must be the most beautiful woman in the venue.

For this reason, brides spend thousands [sometimes millions] for their gowns to make sure they bedazzle everyone with their stunning outfit. Across the world, celebrity brides have gotten married in stunning creations by well-known designers. Even non-celebrities have spent a huge portion of their wedding budget on the gown. 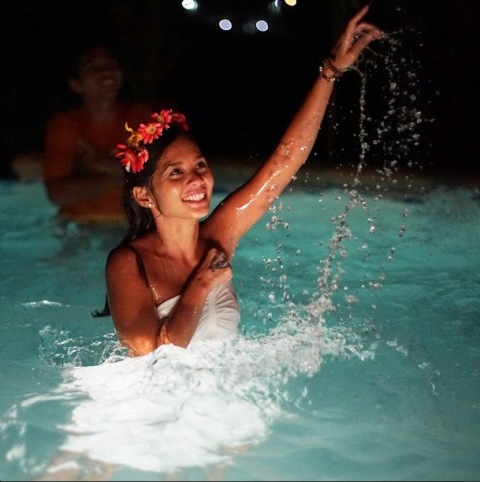 Photo credit: When in Manila/@rosarioko

For many Filipina brides, they might choose to splurge on their gowns so they can have something they can give as “pamana” (heirloom) to their daughters; though I wonder if the daughters might also want to pick out their own gowns when the time comes.

Yet there are also practical ladies like Kitchie who either rent their gowns or choose an inexpensive one because, borrowing from Niña’s statement, “it’s about the woman and not the dress”!