When there is drought, humans are deeply affected but the good news is that we often get to find ways to solve the problem, even if that means having to go thousands of miles away to find water or to dig deeper into the Earth to find some.

Sadly, animals are the ones that are more affected by droughts, especially because they don’t have machineries to dig into the soil for water or drive miles away to get a few drops!

But there are some animals who are clever enough to ask people for help, knowing that these humans, cruel as they might be at times, have the power to provide them with things they need. This is how a king cobra from drought-stricken Karnataka, India must have felt. 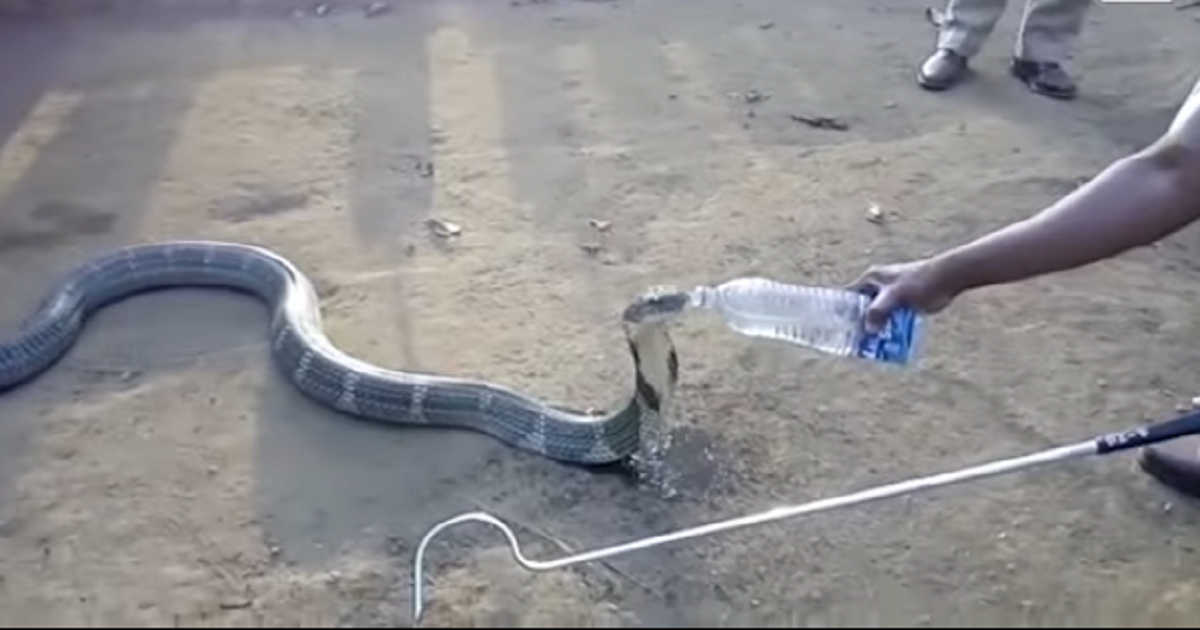 The king cobra bravely went to the village to ask for water, even if this could mean the villagers might kill it out of fear! Thankfully, he was found by snake expert Raghavendra and the Deputy Range Forest Officer of Karwar forest range, CN Naykka.

The two realized that the king cobra was ‘asking’ for help as most wild creatures actually try to stay away from people as much as possible. So, Raghavendra caught the king cobra by its tail while Naykka began pouring some water on its head. Amazingly, the king cobra seemed to know exactly what to do and began to drink from the water bottle!

I wouldn’t believe this tale if the rangers did not take a video of the incredible moment… It’s so beautiful, right? It is great that the king cobra wasn’t harmed but was later taken to the rescue center before being released back into the wild…

What is a King Cobra?

A king cobra is a species of venomous snake known for ‘standing up’ in its defensive position and extending its neck. While it is highly venomous, bites from king cobras are less reported than other snakes because these creatures tend to avoid humans and actually live in less populated areas of the forest.