Wearing tattered clothes that don’t even close at the sides, a kindhearted homeless man feeds stray cats in the neighborhood even if he didn’t have much to eat.

His act of kindness earned him admiration from many netizens who said that he has a heart of gold and is much better than rich people who are greedy and selfish.

It is said that those who have less are actually the ones who are more generous because they know the exact feeling of having nothing. They can empathize with others and wish that they don’t experience the same thing. 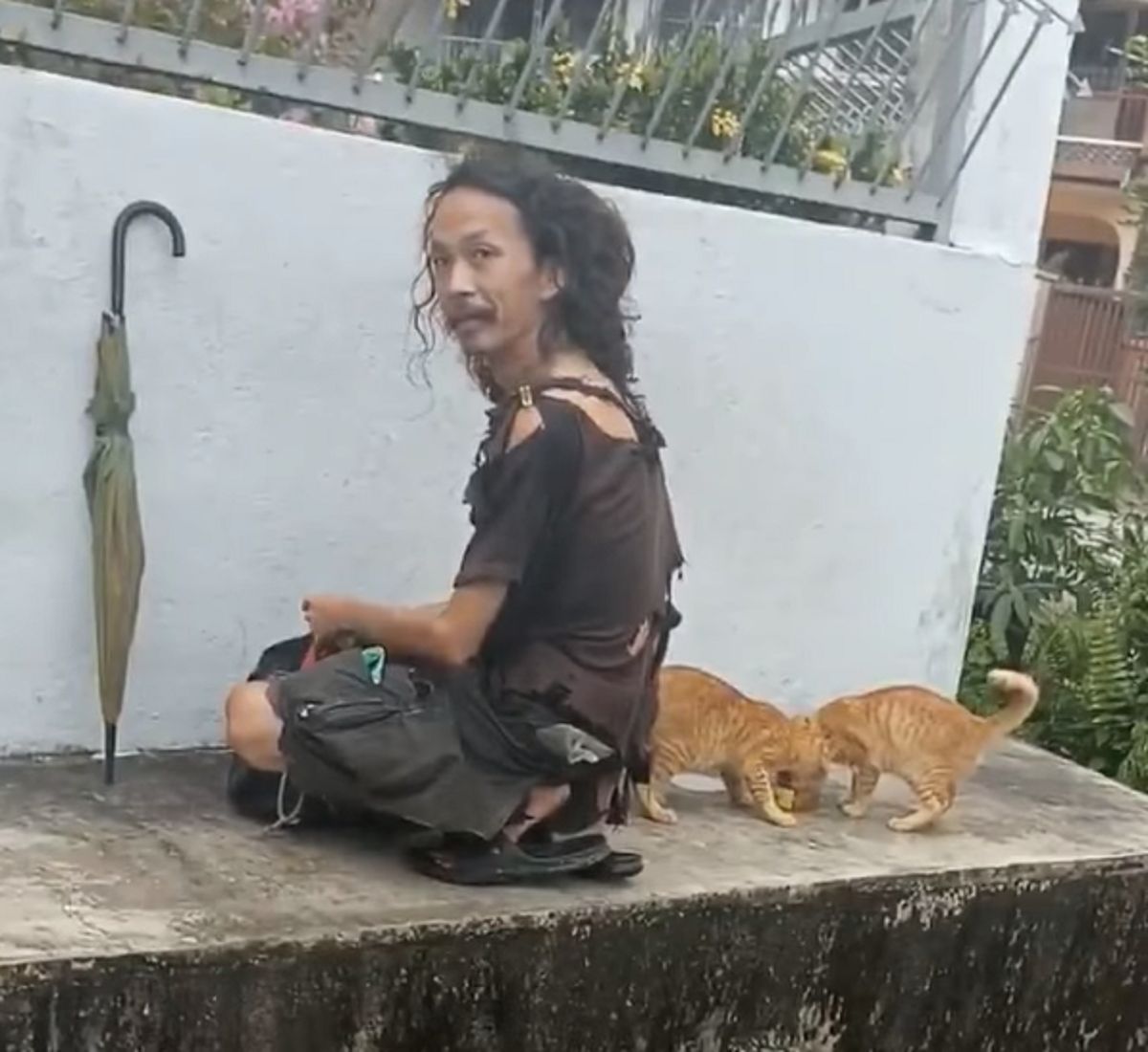 While doesn’t apply to all, those who have this principle are truly admirable!

We’re not trying to glorify poverty, but it’s just impressive how this man who barely has food for himself can actually share his food so happily with these stray cats. 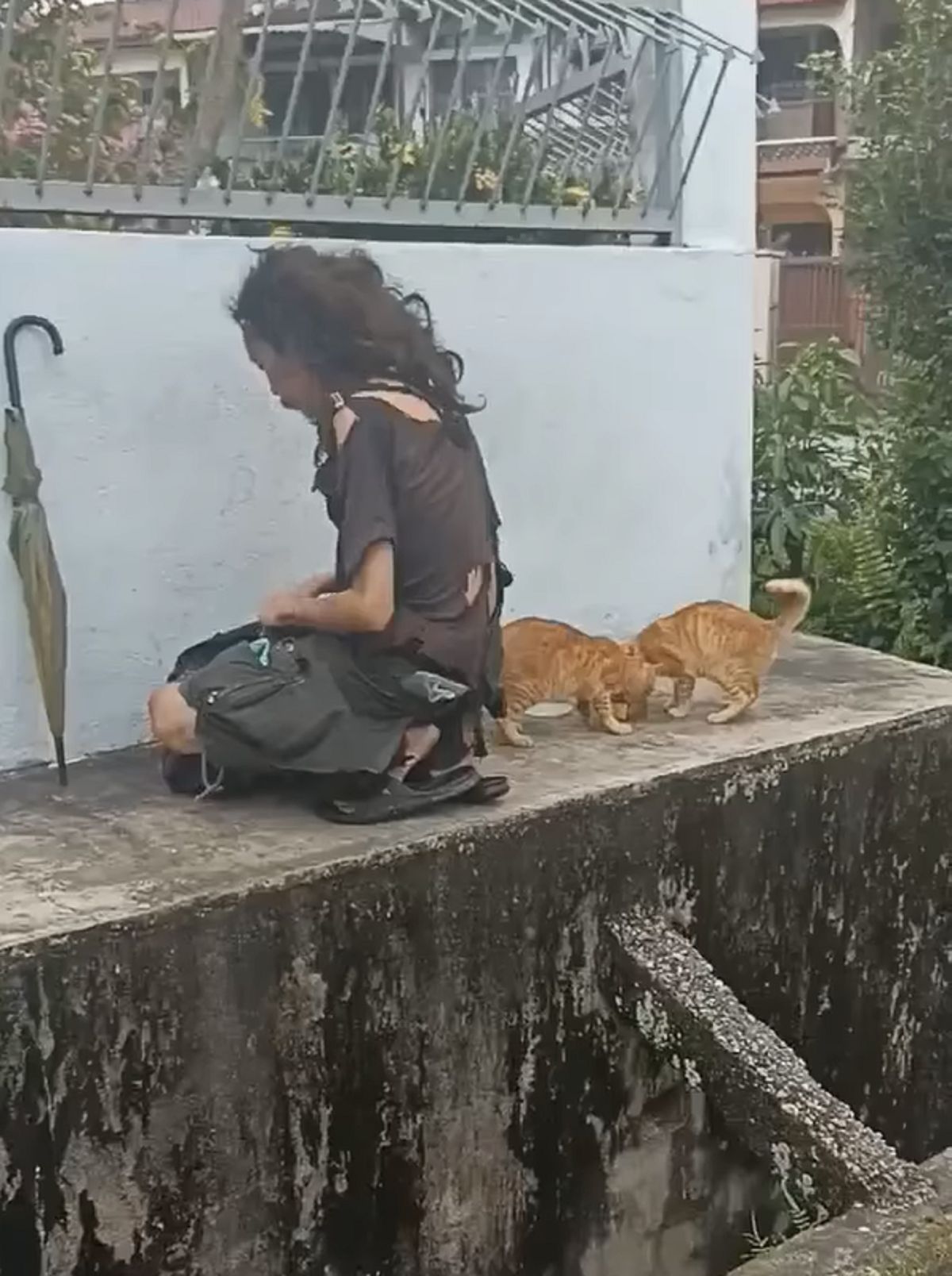 In the video, a passerby asked whether he had already eaten. He happily replied that he had.

However, the homeless man was sad to tell the passerby that there used to be a lot of cats there that he would feed but the two are the ones that remained. While the reason for the other cats’ loss was not indicated in the video, it was clear that he really loved these animals and was sad that he lost some of them. 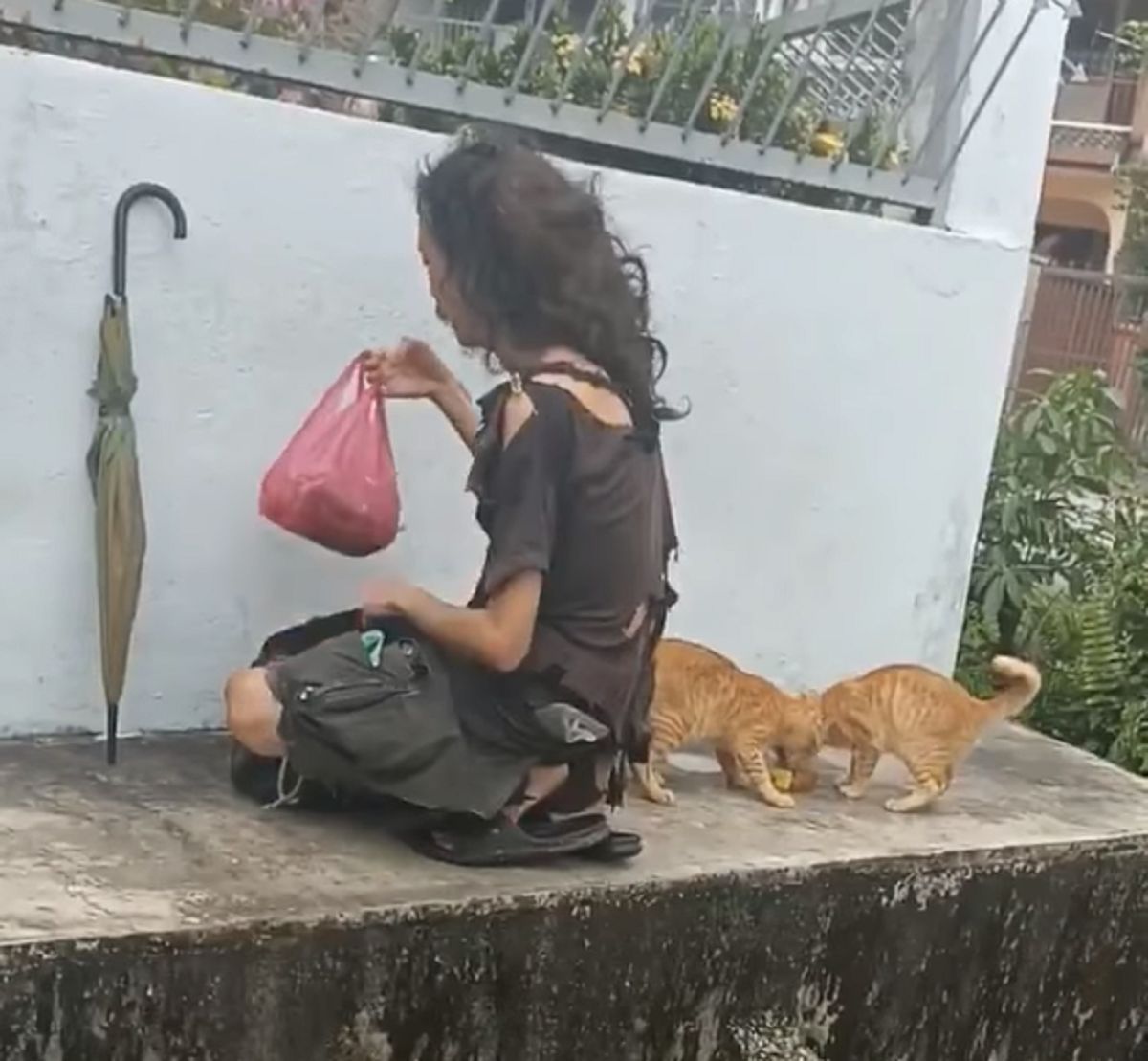 For someone like him who lives alone in the streets, he might consider these animals as his only family. 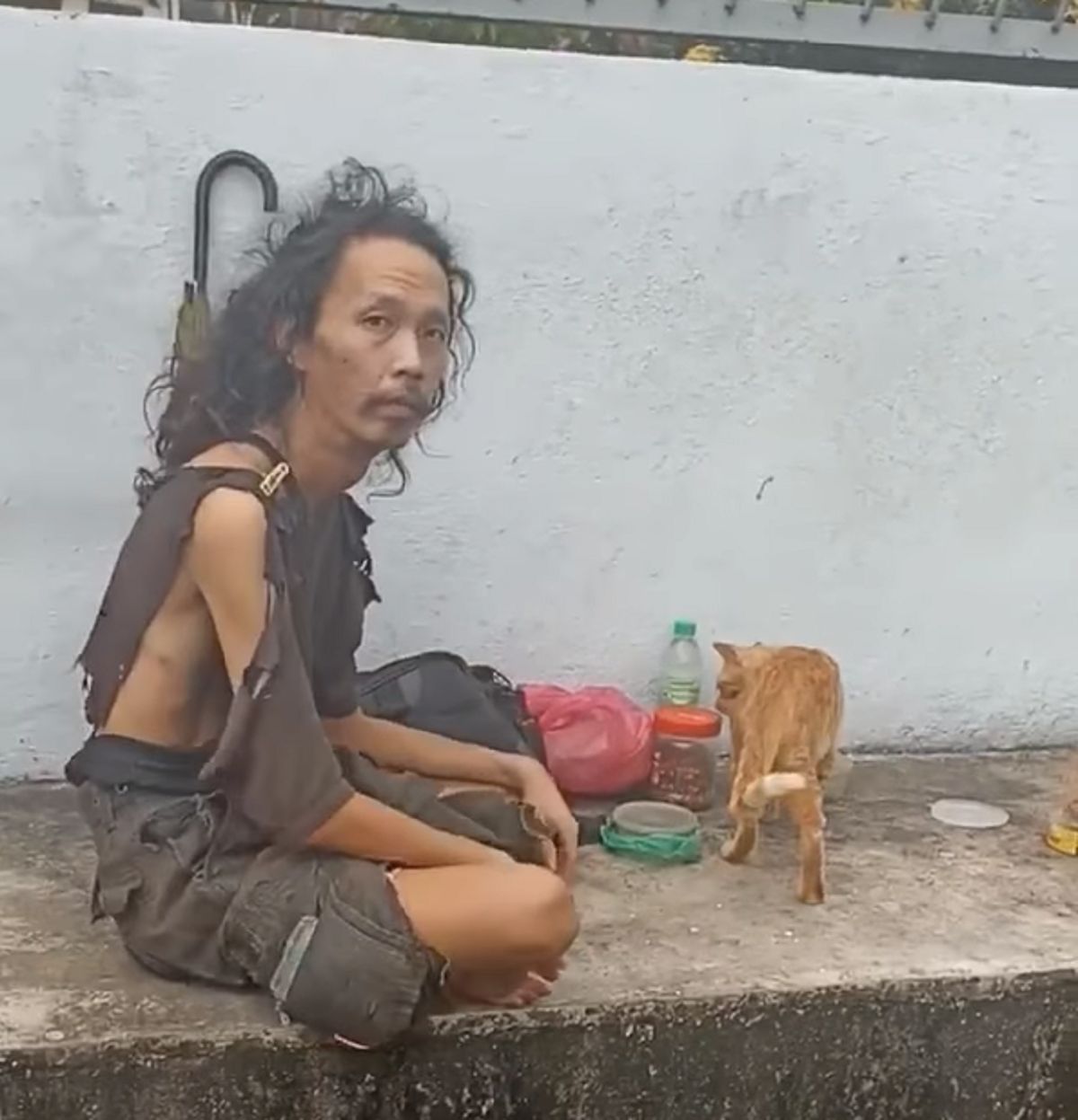 Seeing the state he’s in, it’s clear that he doesn’t receive much money because he didn’t even have proper clothes. But even with that, he still uses what spare resources he has on sharing his food with these cats. Isn’t that sweet?

Should You Feed Stray Animals?

This is a subject of some debate because some governments discourage feeding strays to keep them off the streets. But for many kindhearted people, they feed strays for humanitarian reasons.

You can also opt to call your local shelter to get these animals rescued or you can adopt them.