A Jollibee store has recently gone viral, earning praises from netizens after the staff threw a party on Grandparents’ Day for a vendor who has been selling kakanin at the fastfood’s parking lot for several years.

The old vendor was identified as Lola Belen who sells kakanin like tupig, chicharon, and mani at the parking lot of Jollibee Carmen, Pangasinan in northern Philippines. 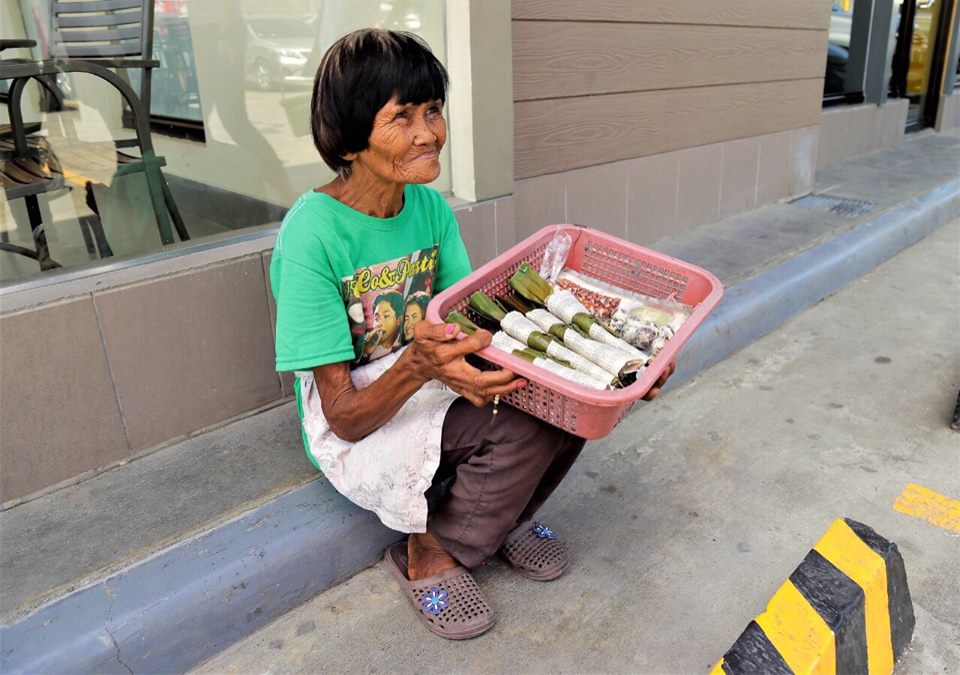 In a post on Jollibee’s official Facebook page, it was revealed that Lola Belen has been selling kakanin since 1978, after her husband died. The now 76-year-old Lola Belen continues to sell kakanin not just as a matter of habit but to also help provide food for her grandchildren and send them to school – much like many grandparents across the country.

To honor this wonderful grandmother, Jollibee Carmen decided to celebrate Grandparents’ Day by surprising Lola Belen and her family with a special Jollibee party.

For this very special day, Lola Belen was the star of the moment – and Jollibee was the first one to make the ‘mano’ gesture as the party started. 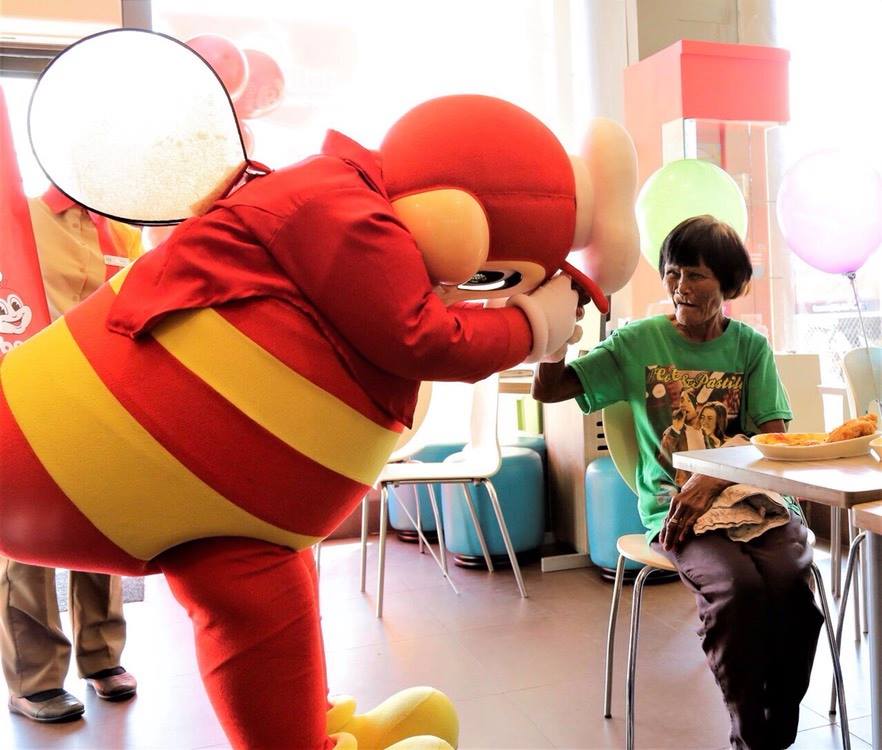 For the feast, the Jollibee branch provided the family with two buckets of its trademark ChickenJoy, palabok, and spaghetti. They were also provided with sundaes and softdrinks. 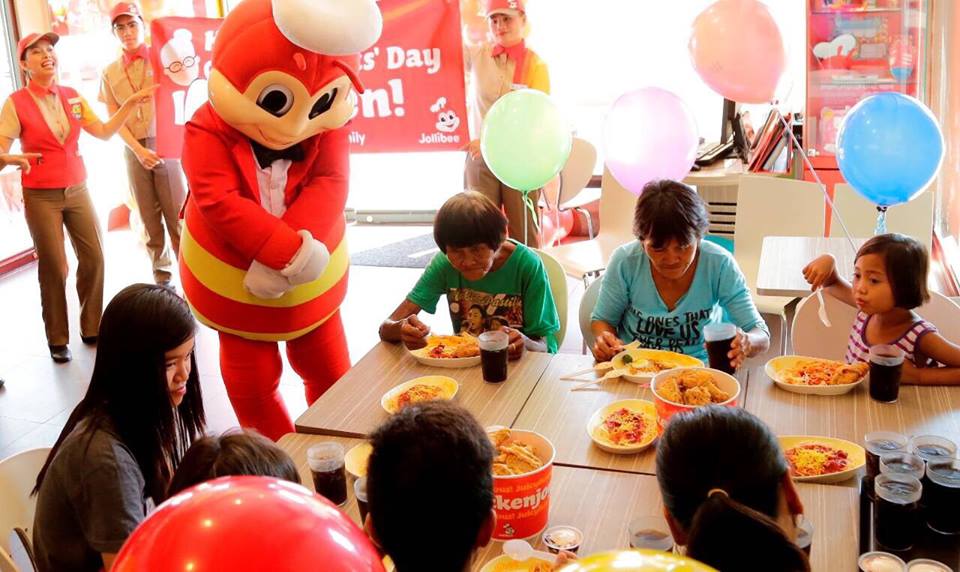 While many slammed the fastfood for ‘using’ this poor family to promote their brand, more were impressed that even for just one day, the Pinoy fastfood giant honored a hardworking grandmother who still works to provide her family with the things they need.

There were also a lot who commented that Lola Belen’s should make her stop selling kakanin, considering she’s 76 years old.