Have you ever had that feeling when you are too tired to do almost anything, even feed yourself? That appears to be the case of one old man who bought some food at Jollibee Bagong Silang in Caloocan, Metro Manila.

According to Princess Fumar Nobleza who witnessed the moment, the old man appeared weary as he was bringing a huge back pack and body bag that he could not even move the bags to put his change there. Thus, a service crew assisted him in putting the money back in his bag. 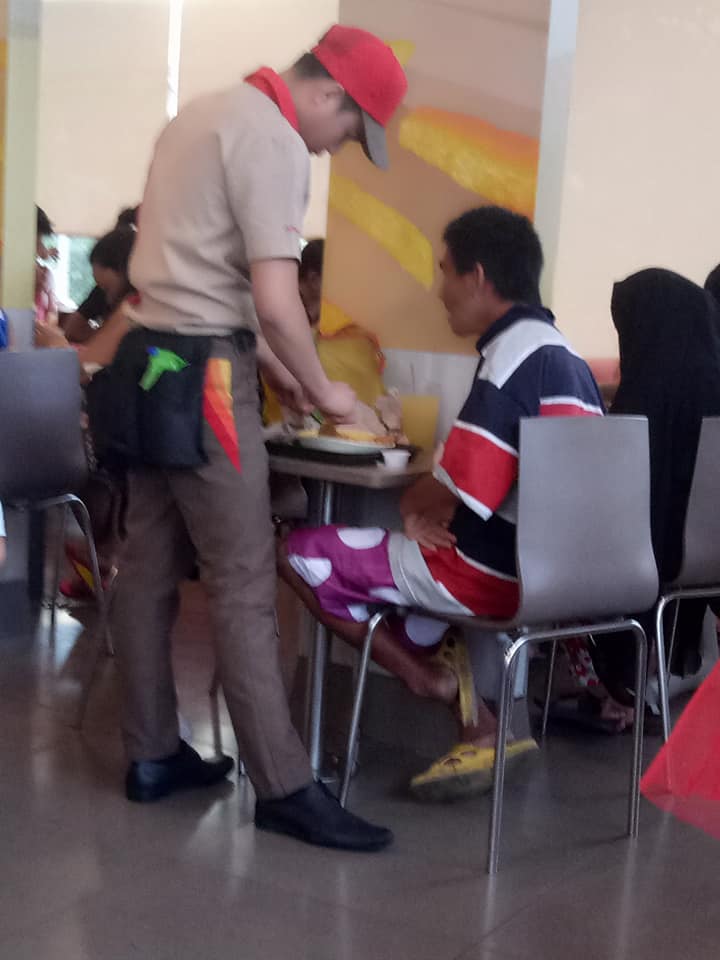 While service crews at popular fast food chains like Jollibee are often busy with many things to do, including clearing up tables and bringing food orders to the customers, this one did not mind that he had to double time when he gets back to his duties because he knew that this particular customer really needed his help at the moment.

Nobleza was touched by the service crew’s action but also felt pity on the old man. After all, he was lucky that he found help in this store but what if he gets hungry on his next trip and there was no one there to help him? 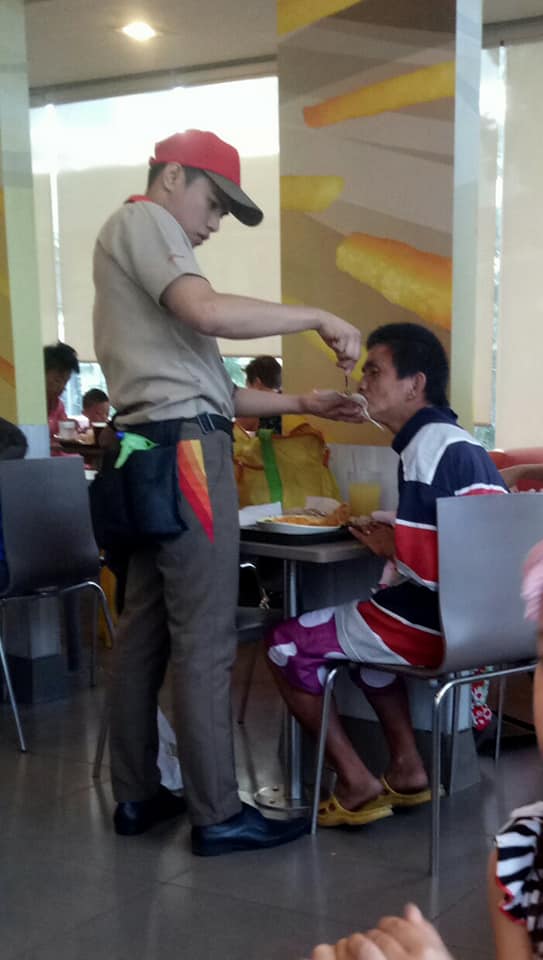 For this, Nobleza posted a call for the old man’s family to make sure he does not travel alone and with big bags next time. While traveling with big bags is certainly unavoidable, it would be great if there would at least be someone there to assist him as he does not seem fit to be traveling by himself in this condition.

We do hope that if he still travels alone in the future, that at least he would find someone like this service crew who will willingly assist him with his needs.

Thanks to the service crew, though, for going out of his way to help this old man.