As a delivery man for a fast food outlet, it was definitely not his job to buy medicine for a customer who asked for help while making an online order but Sir Aaron from Jollibee went the extra mile, anyway, and his kindness propelled him to internet fame.

According to Shishi Cruz De Leon who shared her story on Facebook, her child Gabby was sick with fever; she first tried to ask for help from her siblings to buy medicine because she could not leave the baby to buy medicine herself.

But because she did not receive a reply from her siblings, she thought of making a special request with a Jollibee delivery after remembering a story that had gone viral in the past about a similar situation.

So, the desperate mom placed her order at the store’s website but was soon worried because she did not receive any confirmation of her order despite the site telling her she would receive a text message. 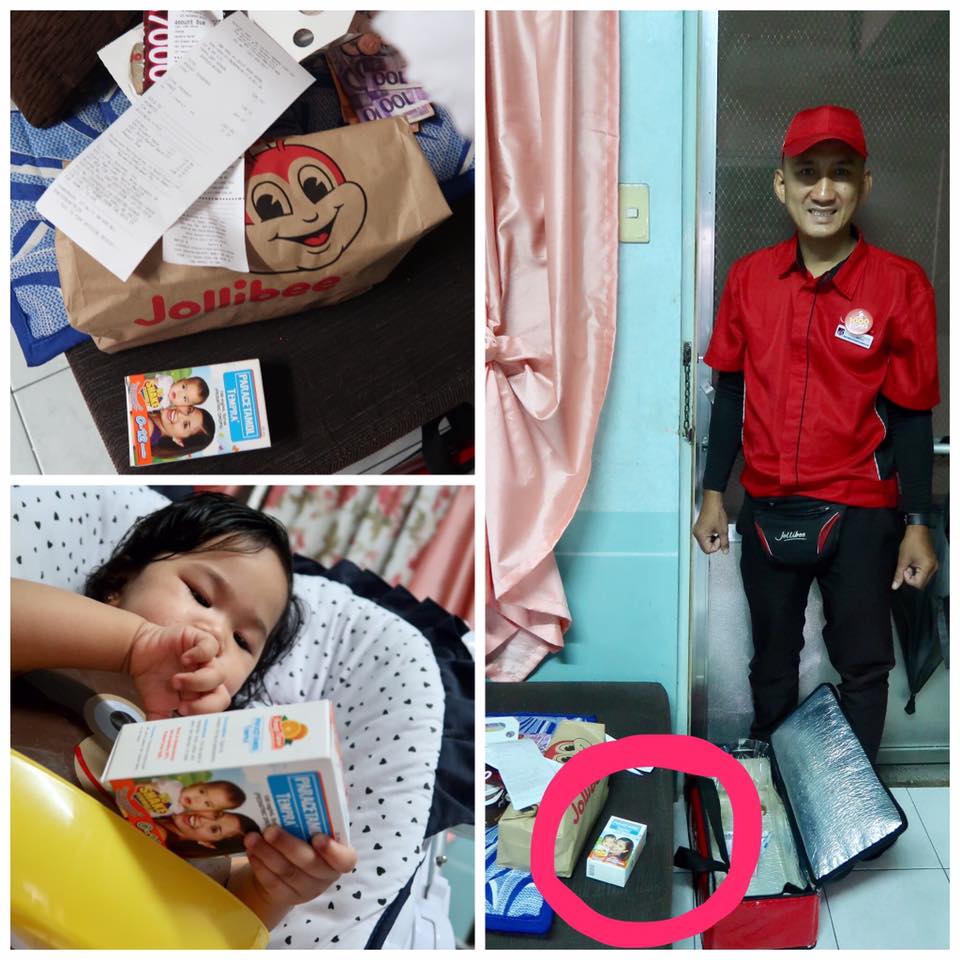 Twenty minutes later, De Leon had almost given up on hoping her delivery would even arrive when the Jollibee rider arrived. Not only was he bringing her food order, the man also got her the medicine she needed!

When she asked how she could reward him for his actions, the kind man told her she does not have to give him a reward; although she could write a commendation on the receipt. Well, she did just that and also for his name (Aaron) before taking his photo and posting the story online in hopes that the rider would get the commendation he so deserves from the brand.

Isn’t this wonderful? Indeed, he didn’t have to do it but this rider had a big heart to go beyond his job. Thanks, Sir Aaron!