For ladies: How far would you go to make sure your man is telling the truth?

For men: How far would you go to prove to your girl that you are telling the truth?

While many wouldn’t take those questions seriously and would tell you that there’s really no need to make such proofs in a relationship, there are actually people who feel the need to do it.

Many view this as a controlling relationship but social media has certainly gotten quite some laughs on the post shared by one guy about his jealous girlfriend’s ‘crazy’ demands.

Posted on Facebook page, Viral Photos, one guy named Cladgedon Argawanon shared a series of photos from his convo with his girlfriend. 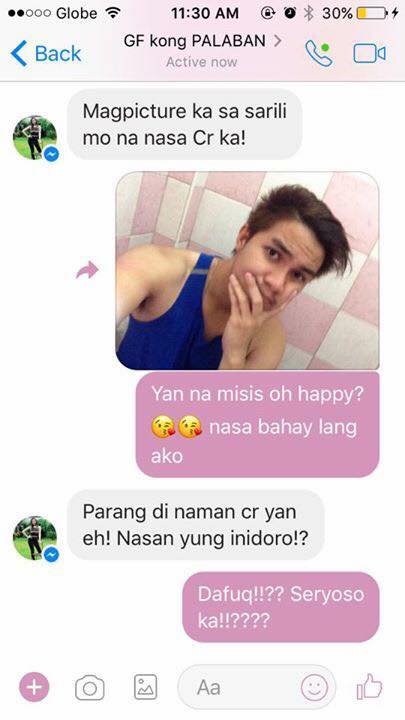 But the girl thinks the photo was not taken in the toilet as the bowl could not be seen in the picture. 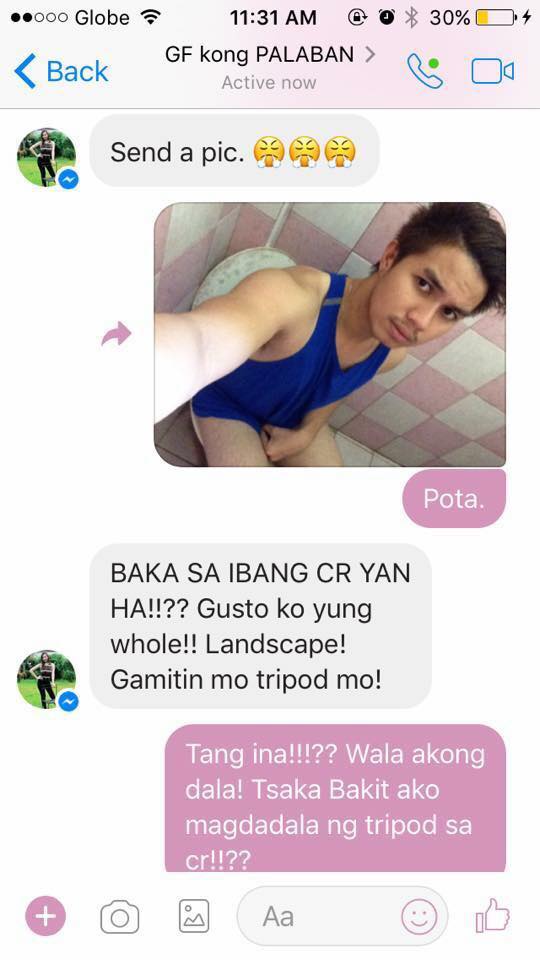 That didn’t appease her jealous mind, though. Not content with photos, she asked for more proof – even telling her boyfriend to take a larger photo in ‘landscape’ mode. 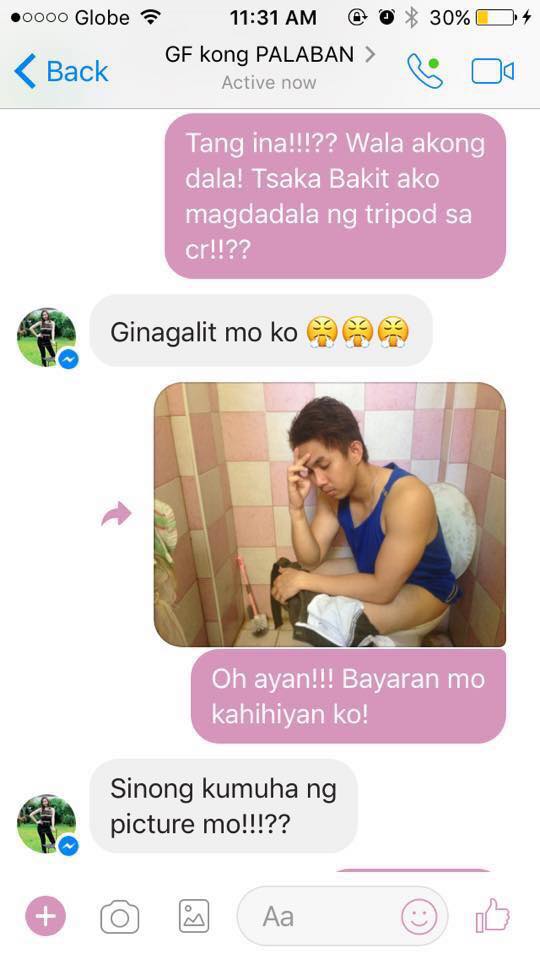 When he was finally able to get the photo done, she got jealous as to who took the photo since he obviously didn’t use a tripod! Ooooops. Is he with his ‘kabit’ (lover)?

But it was only his younger brother who took the photo. 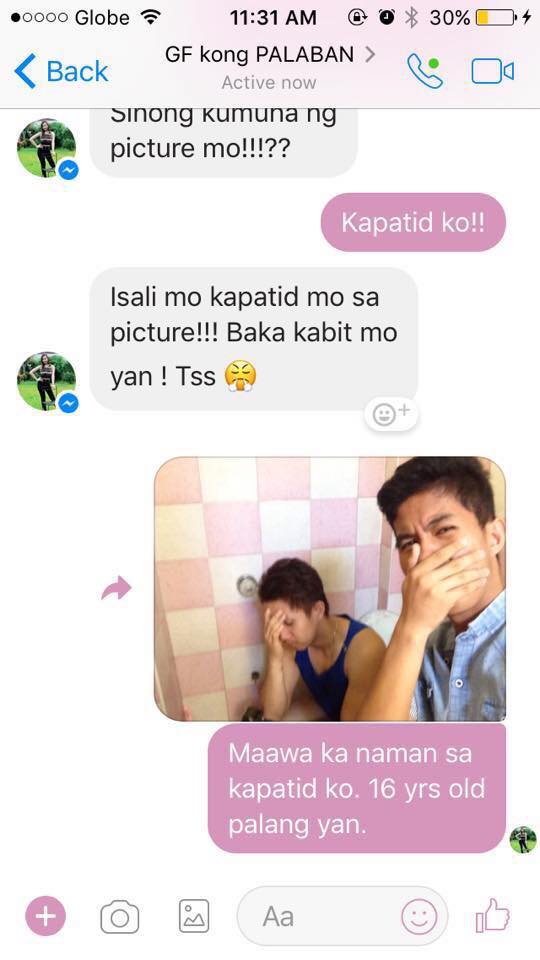 Netizens really had a good laugh on this convo; although many were also quite concerned, saying that the girl was being too possessive and that she’s a control freak. But we’re actually hoping this was just some kind of practical joke…

A practical joke is a trick done to make others look foolish; it is synonymous with ‘pranks’.