According to Trade Secretary Ramon Lopez, around 12 memoranda of understanding between private entities with investment value of about $1.5 billion are expected to be signed during Duterte’s visit to Japan, the country’s largest trading partner. Projects would include areas of agriculture, automotive, biomass fuel, electric vehicle, energy management system, optical image stabilizers, renewable energy, as well as ship building. 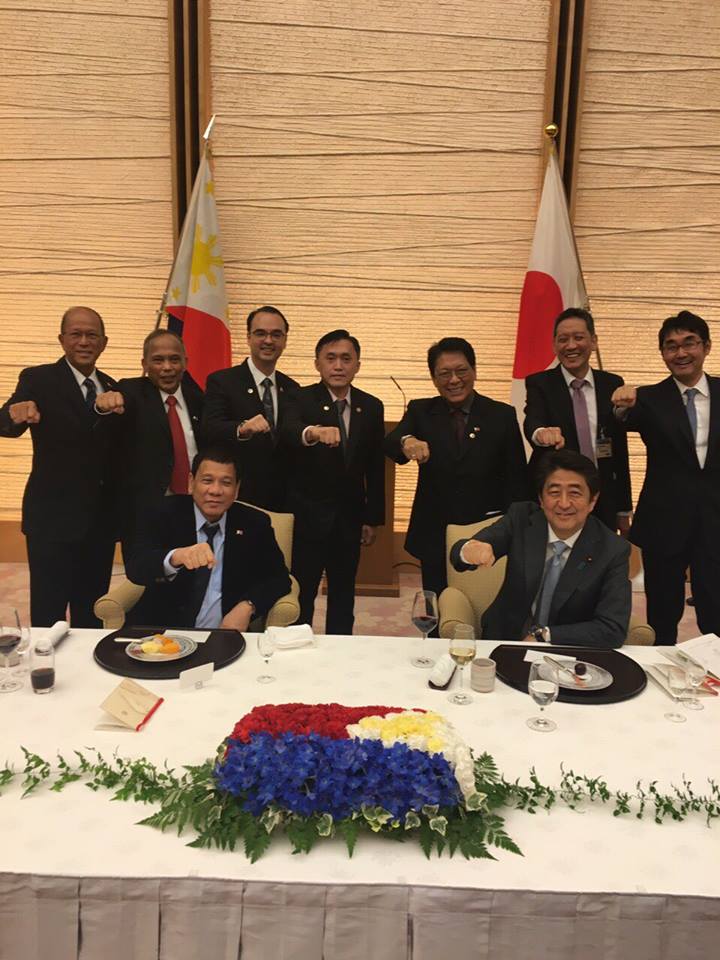 Lopez told the PhilStar: “Japanese companies are major players in some of our industries, especially in automotive, ship building and agriculture, and these are industries where we expect more investments and joint ventures to expand”.

Japanese Prime Minister Shinzo Abe invited Duterte to visit Japan after the latter won the elections. The firebrand leader’s visit to the country aims to further strengthen the partnership between the two nations.

Currently, the Philippines exports more to Japan than it imports with a trade surplus of $6 billion.

Duterte Assures Japan His Visit to China Was Just Economics

On Wednesday, October 26, Duterte told an audience of businessmen in Tokyo, Japan that his visit to China last week was about economics and emphasized that the country would stand on Japan’s side over the disputed South China Sea issue.

“You know I went to China for a visit. And I would like to assure you that all there was, was economics. We did not talk about arms. We avoided talking about alliances,” Duterte said.

Meanwhile, Abe said that he welcomed the volatile leader’s efforts to improve the country’s ties with China. Like the Philippines, Japan has a separate dispute with China over tiny isles in the East China Sea.