In many places around the world, many people are afraid to confront rich and powerful guys for mistakes and violations of the law but in Japan, one cop went viral not just for confronting and obviously rich guy but for doing so in a bicycle!

The video was posted on YouTube by user @comb318.

In the clip, a Lamborghini Huracán was in focus. At first, you would think that the clip was taken by someone who admired the luxury vehicle but the video likely came from CCTV footage at the intersection. 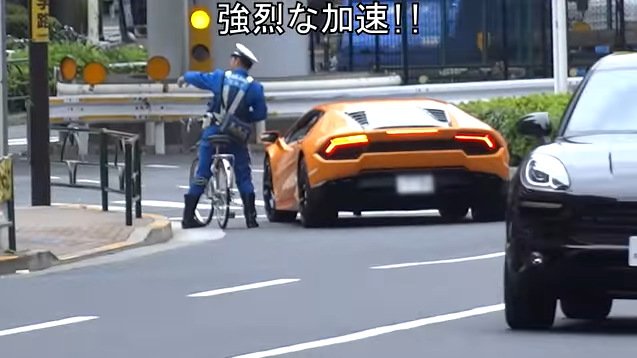 Just seconds after the last person crossed that pedestrian lane, the Lamborghini moved forward but this seemed to be a violation because a traffic cop would soon come barrelling down and chasing the vehicle.

This came as an utter surprise for many. After all, how much power can the cop’s legs produce to be able to chase that supercar but the cop tried, anyway! Plus, cops in other places might have let that driver go, knowing he/she must likely be someone rich and powerful. You can argue that might be the driver but if you own a supercar, would you hire a driver or drive it yourself? 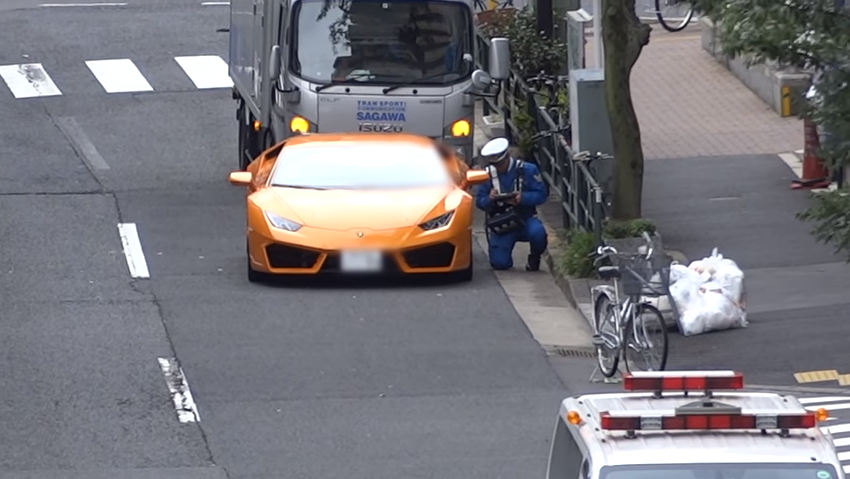 Netizens admired the traffic cop and were impressed that he caught up with the Lamborghini; although that was only possible because the supercar was stuck in traffic. He could be seen leaning down and possibly telling the driver his violation. It also appeared that the cop wrote him a ticket.

Aside from impressed netizens, there were many who had a good laugh at the expense of the Lamborghini owner/driver, saying they could not imagine the embarrassment that person felt after getting caught by no less than a cop riding a bicycle.