A stage-play rehearsal in Japan unexpectedly took a tragic turn when 33-year-old actor Diago Kashino was stabbed in the stomach with a prop samurai sword. According to a report by CNN, the actor was rushed to the hospital and later died.

Kashino was in a rehearsal session in a local studio in Koto, Tokyo, Japan and was rehearsing an action scene when he was pierced in the abdomen “with a sword-like object,” a police representative said.

The other actors said they heard Kashino groan and saw him hunched over but no one saw what actually happened. As of the moment, the authorities are conducting investigations to find out if his death was an accident or a criminal act. 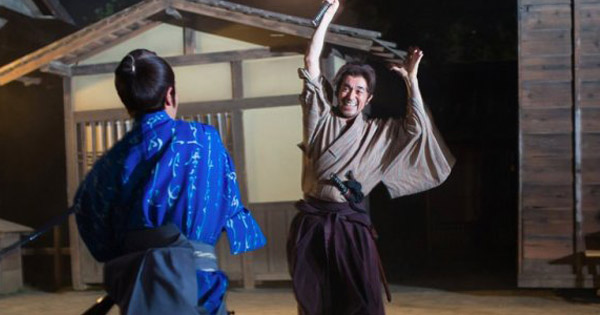 This is the second time when a performer has died on the stage recently. Just this month, Raphael Schumacher of Italy passed away after he was “choked in a stage hanging scene that went wrong.”

Jidaigeki or samurai period dramas have always been a huge part of Japanese culture. These period dramas, according to CNN, “portray the daily lives of samurai, farmers, ninjas, merchants, and craftsmen during Japan’s Edo period between 1603 and 1868.” Most of these dramas are set in Edo, the military capital of Japan. Others show the adventure of characters journeying to different places.

Toei, one of the biggest studios in the country, partnered with Google Japan in an attempt to “boost the art form’s dwindling popularity among the younger generation.”