Your fantasies will soon become a reality if you’ve always dreamed about seeing dinosaurs in real life. ON-ART Corp, a Japan-based company, has recently unveiled robotic dinosaurs that look eerily close to the real thing. In fact, the pre-historic creatures came stomping, roaring, and even attacking one of the caretakers.

It’s Jurassic Park all over again – but in a much less risky way.

“The plan is the brainchild of Kazuya Kanemaru, CEO of ON-ART, who said he wants to create a robot zoo populated by his electronic beasts,” reported the Daily Star website. 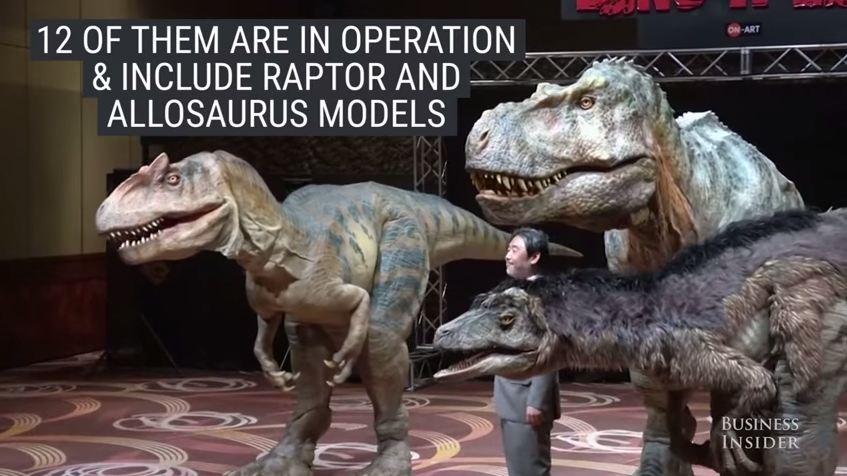 The demonstration’s centerpiece, of course, is the massive 8-meter Tyrannosaurus Rex which was eventually joined by several other robot dinosaurs such as the Raptors and Allosaurus. Currently, there are 12 of these creatures in Japan. 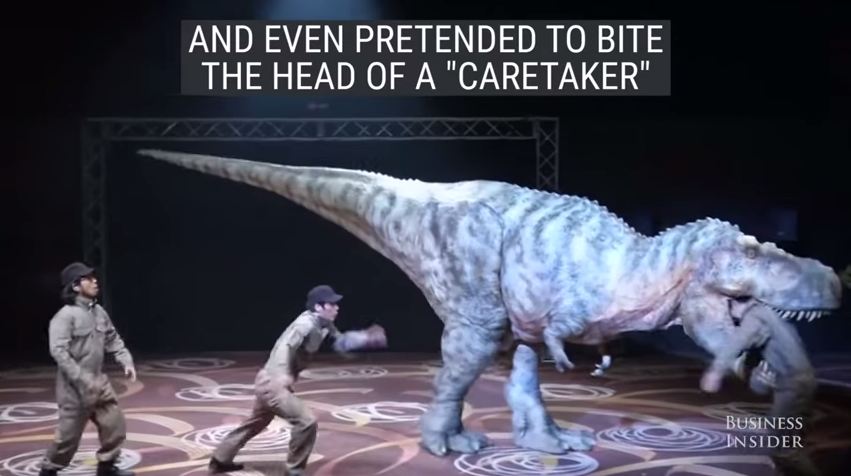 The mechanical dino suits are worn and controlled by humans. They were modeled from fossilized skeletons and are made from carbon fiber materials, giving them a very realistic appearance.

“The fact that we have been creating living things, the desire we have had to want to truly experience dinosaurs, and living things, to draw that out, these are things that spurred us on.

“We are striving to create dinosaurs that make people feel as though they are invisible, through how real the dinosaur’s breathing and movements are.” 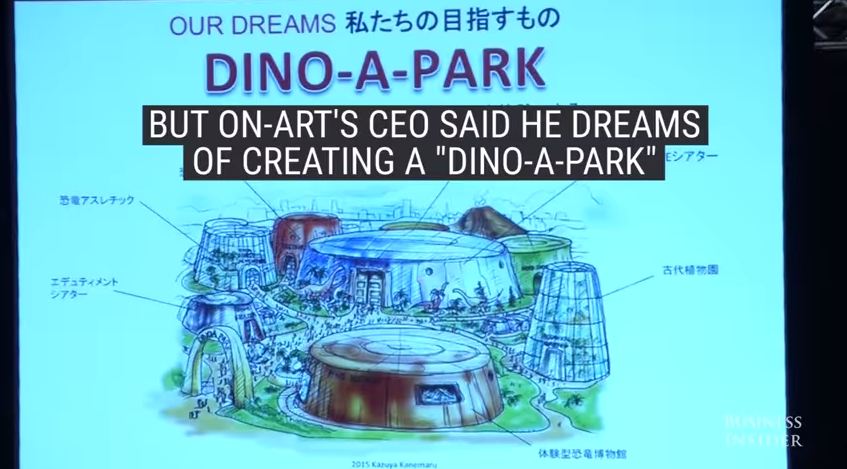 The dinosaurs are now being used for different events across Japan but if Kanemaru has his way, he wants to build a Dino-A-Park theme park to showcase these robots.

What Is Jurassic Park?

“Jurassic Park is an American media franchise centering on a disastrous attempt to create a theme park of cloned dinosaurs. It began in 1990 when Universal Studios bought the rights to the novel by Michael Crichton before it was even published.

“The book was successful, as was the 1993 film adaptation, which led to three sequels, although the third and fourth films were not based on novels as the first two were.”