Home
Lifestyle
Relationship
It was Love at First Sight for This Couple…And Now They are Married!

Bayu Kumabara and Jennifer Brocklehurst are the most unlikely couple yet the two immediately fell in love at first sight and had since gotten married! It must have been true love for these two to tie the knot just months after meeting each other – and netizens even helped fund the wedding and bring Jennifer’s family to Indonesia for the wedding! Incredible, I should say… 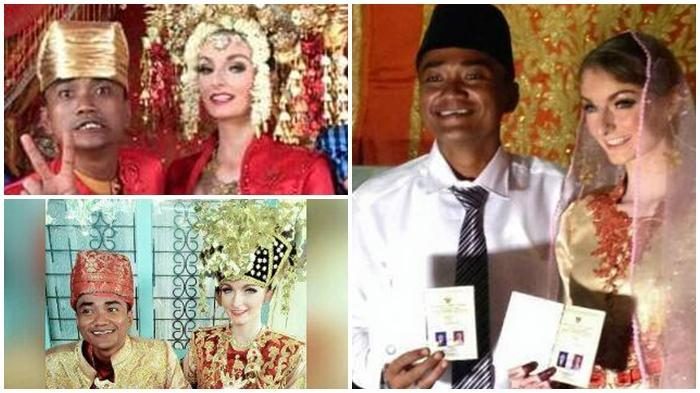 Their love story is something straight from the bowels of sappy afternoon soap operas. Bayu is a student at Andalas University in Indonesia while Jennifer was merely a tourist passing through the country to enjoy the sights.

Little did the two know that their paths would meet and they would fall in love! Instead of returning home after her vacation, Jennifer became so smitten by Bayu that she decided to make Indonesia her home.

They were in love but they were not rich. So, netizens pitched in to help defray the costs of inviting Jennifer’s family to Indonesia for the wedding. Netizens also made sure this wedding was grand! Truly, their love story has amazed these people so much that they are willing to shell out their own money for such a happy event to happen.

Yes, Bayu might look simple and Jennifer looks like a model – yet they have proven that love goes beyond physical appearances! Good luck on your union, Bayu and Jennifer…

In various literature, the concept of “love at first sight” has long been exploited – with many lovers falling in love the moment they meet each other; though this love might just prove to be superficial and shallow (such as the story of Anna and Hans on “Frozen”) later on.

Often, love at first sight is used to describe “a more general conception of passionate love”. Some psychologists prefer to use the term “infatuation”, instead of “love”, to describe this feeling.

According to research, love at first sight is often based on the attractiveness of the person, with the first moments of meeting each other being “predictive of the relationship’s future success”.