But many Filipinos have this notion that godparents, the children’s ‘ninongs’ and ‘ninangs’ are there to give gifts to the kids every Christmas, birthday, and other special occasions. While it is true that giving gifts might be part of the godparents’ role as second parents, it is by no means a requirement! 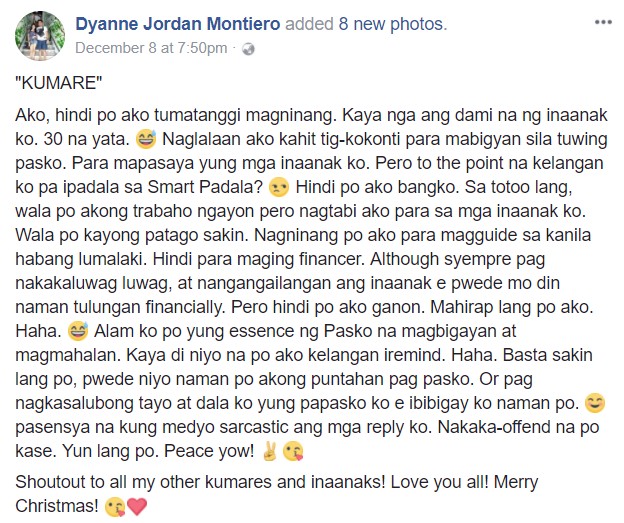 Of course, many of joke about asking gifts from our godparents or that godparents are fond of hiding during Christmas season so their godchildren could not ask for gifts but in this age of social media, it’s easier to ask for gifts via Facebook messenger.

One irked woman named Dyanne Jordan Montier posted a rather scathing post towards her kumare who unscrupulously kept asking her for gifts for her godchild. The problem is that while she does prepare gifts for all her godchildren, she can’t exactly deliver them to the children’s homes. 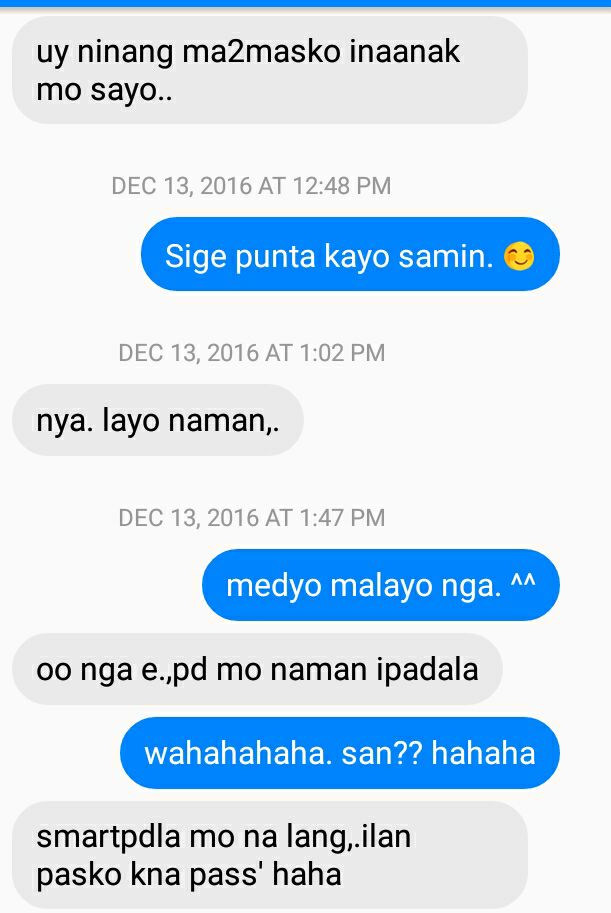 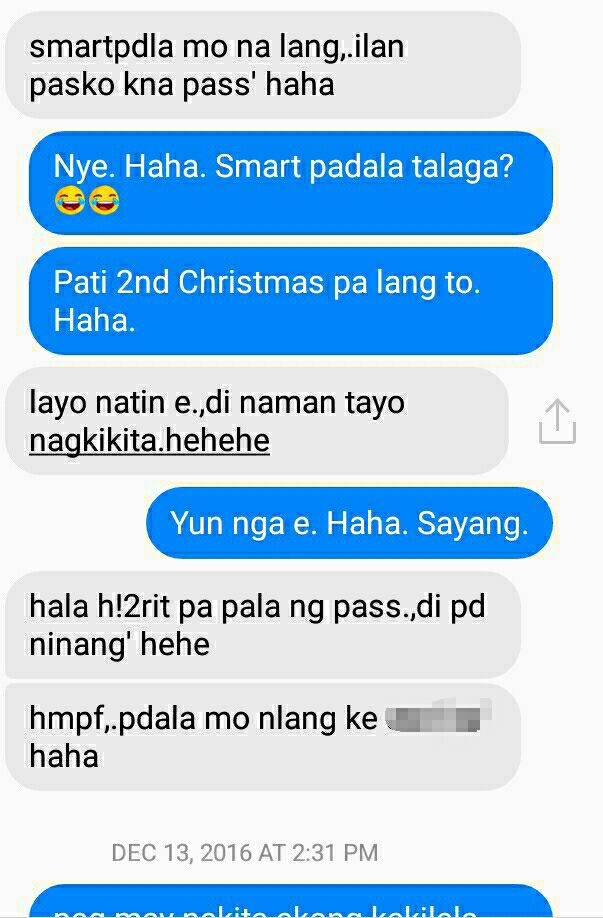 She wished that her godchildren would claim their gifts at her home or somewhere near but one kumare kept on bugging her about the gifts but didn’t also want to go to her house, claiming it was far and that they would have to spend a lot on fare if they did so. 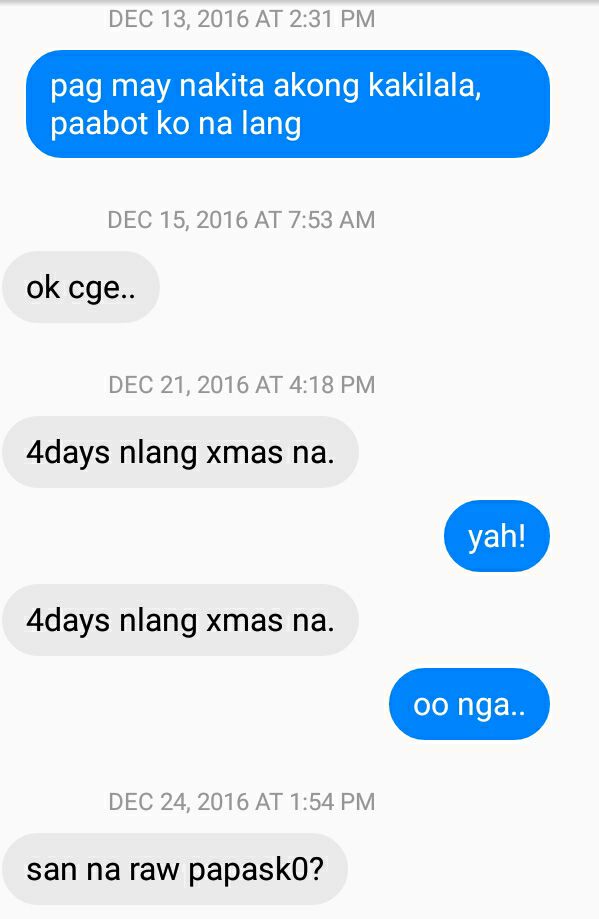 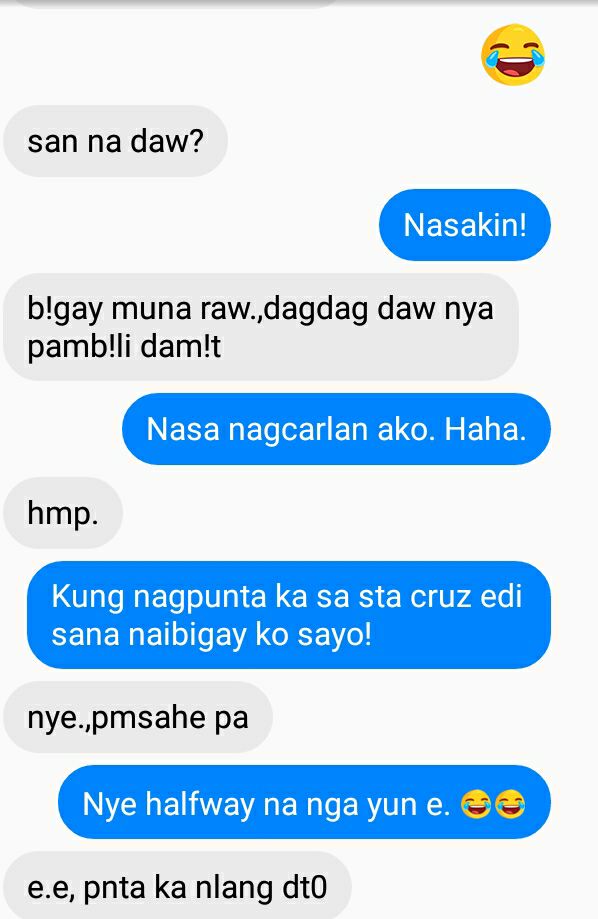 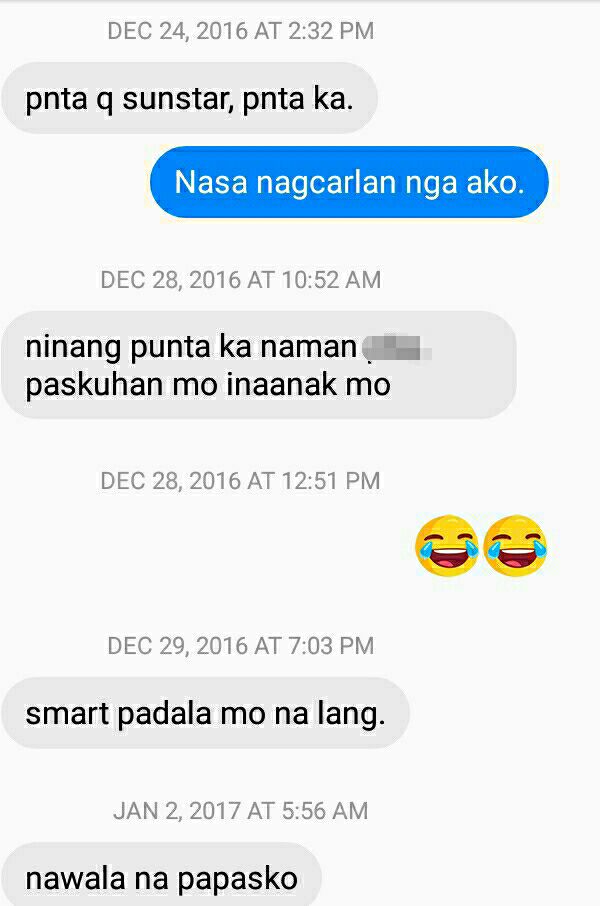 For this rude kumare, it was better if Dyanne just sent her gift via Smart Padala which means that the gift is in cash. This woman even reminded her that she was not able to send her Christmas gift the previous year and that she also missed the child’s birthday gift. 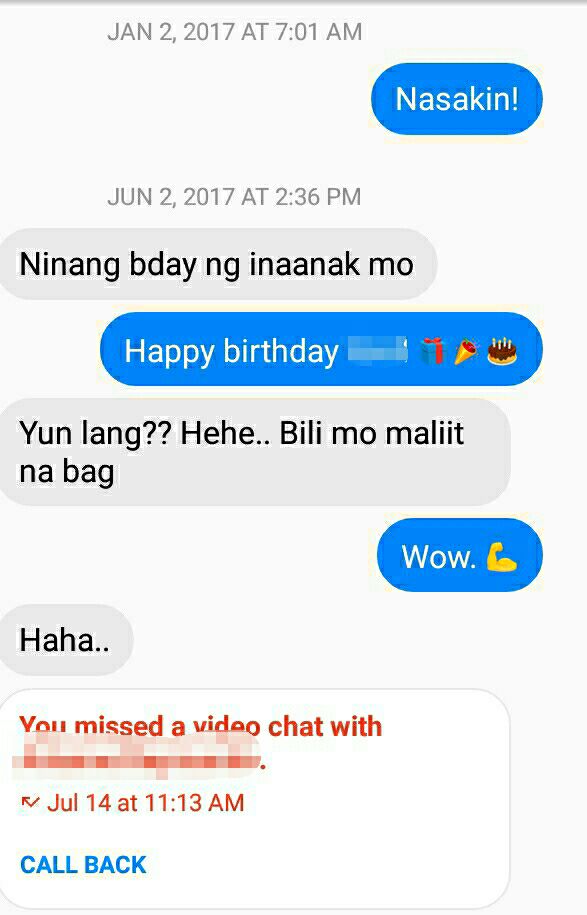 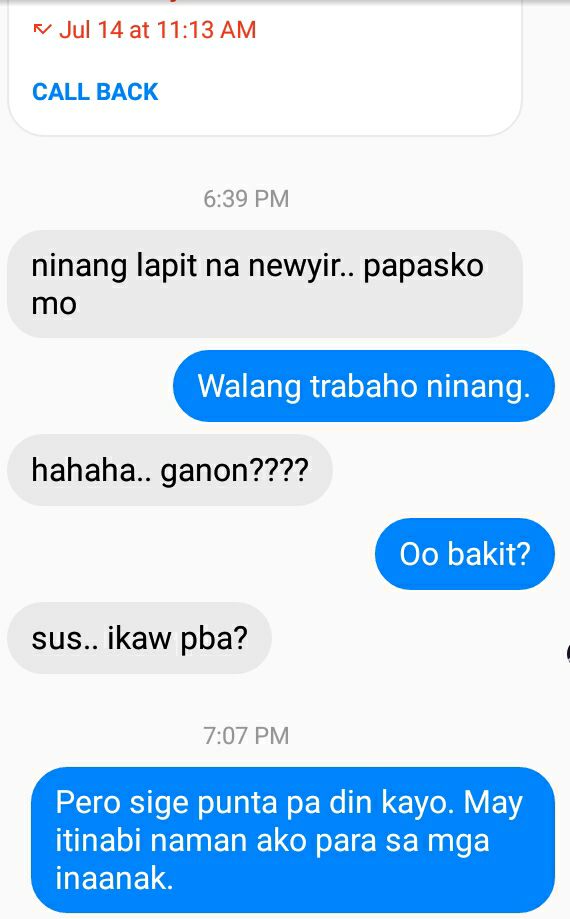 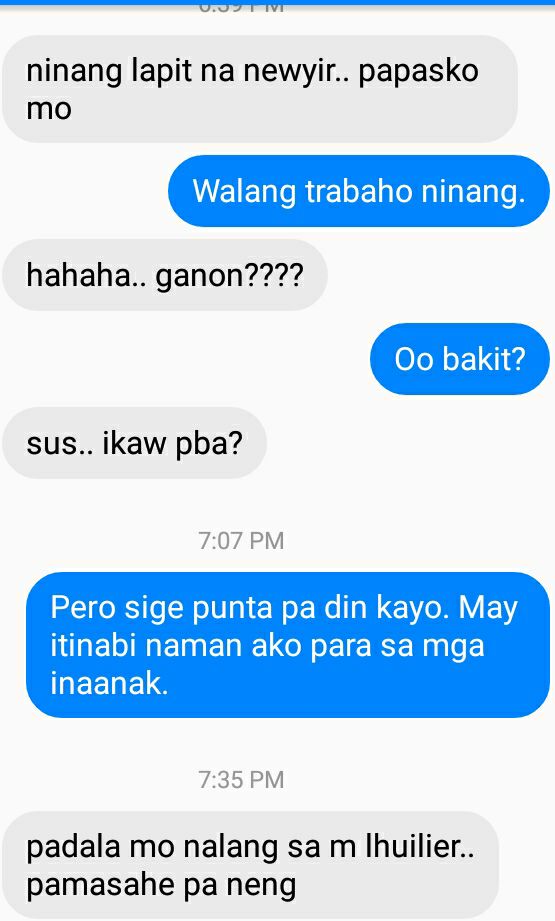