Schools are known to be the second home of the children and teachers are considered as the second parent of the student. In my point of view, I believe that every time a parent leaves her child in the care of his/her teacher, it’s like saying, “I trust you with her, I trust that you’ll take care of my child like a mother or father does”.

But, what if that certain teacher whom you trust go overboard in disciplining your child?

An elementary teacher from India, RM, punished a student, MB, abhorrently for a reason that the latter failed to submit his assignment. This happened in the elementary school located at Cempedak Lobang Village, North Sumatra.

The punishment? The student was poorly forced to lick the toilet 12 times by his teacher for such a very simple reason, the student failed to hand in his homework! How crazy is that?

The poor boy’s parents were furious to learn what happened.

“My son was told to lick the toilet 12 times. But after four licks, he vomited,” said SH, MB’s mother. 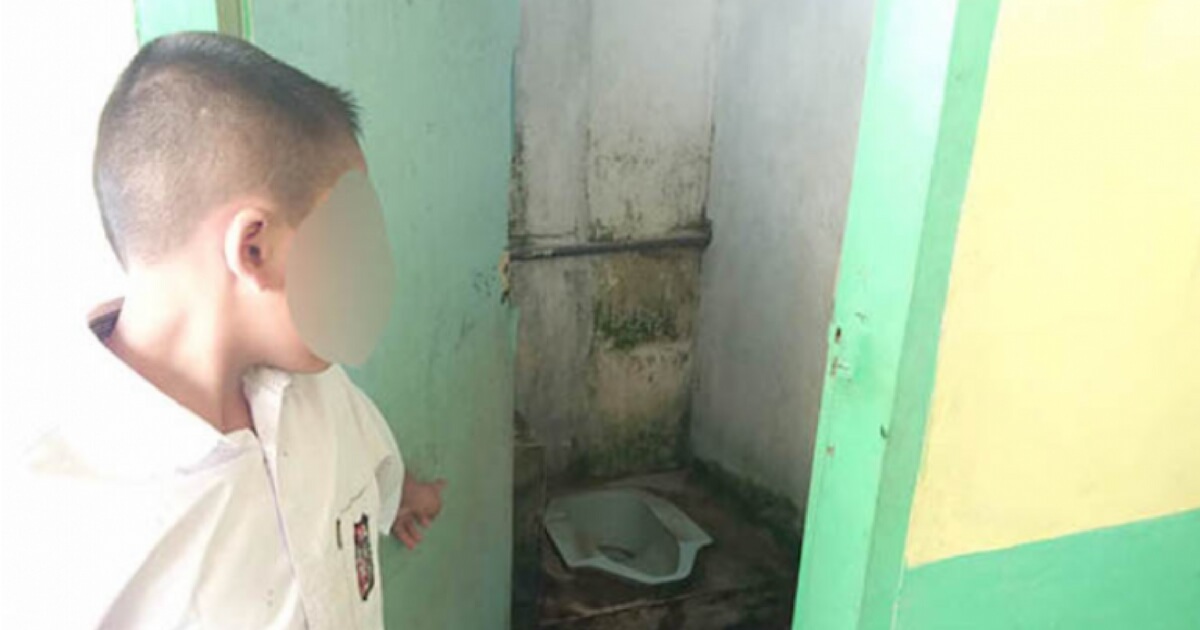 Look at the toilet’s situation, who in the right mind would force someone to lick it? It is repulsive enough to even look at it, let alone lick it.

Yes, the teacher has the right to discipline her student but it is just too much.This kind of punishment is inhumane and unacceptable! What more, it could not only endanger the child’s health but can affect his behavior as well.

The mother added, “My husband stormed into the school to meet with the teacher. I’m angry, upset. How are there no other punishments?” she said.

The school management confirmed the incident and said that they had sanctioned the teacher. However, guess what’s the teacher punishment is? Transferred to another school! Not fair! Really NOT FAIR at all! After what the teacher did to the student, that is only her punishment? Did they not think that she can do it again to another student?

“Based on our investigation, the teacher in question punished the student for not doing his work. We have sanctioned RM by transferring her to a public elementary school in Tebing Tinggi,” said Sergei Bedagai Regency Education Board Head Joni Walker Manik.

“She is human, she can make mistakes. But we’re not defending her. We are counseling her and gave her a sanction for her actions,” he said.

Okay, she’s human (as well as the child), she makes mistakes, we understand that. However, don’t you think that the teacher’s punishment is too light, not enough to discipline her, considering what she had put her student through?

I mean, why not force her to lick the toilet as well? After all, as the saying goes, “Do not do unto others, what you do not want others to do unto you.”