When AJ+ released a short clip criticizing Philippine President Rodrigo Duterte for claiming he admitted to killing people by throwing a criminal out of a helicopter, the site received mixed reactions although most were from Duterte supporters who accused the site of being biased and for not seeing that the president’s statement wasn’t meant to be taken literally.

But the site stood by its criticism against the Philippine president, even posting another clip of Duterte also admitting he personally killed people.

Still, his supporters were unfazed as they believe that whether the president actually killed these people or not, there must have been strong reason behind the killings and that those criminals deserve what they got from the president. 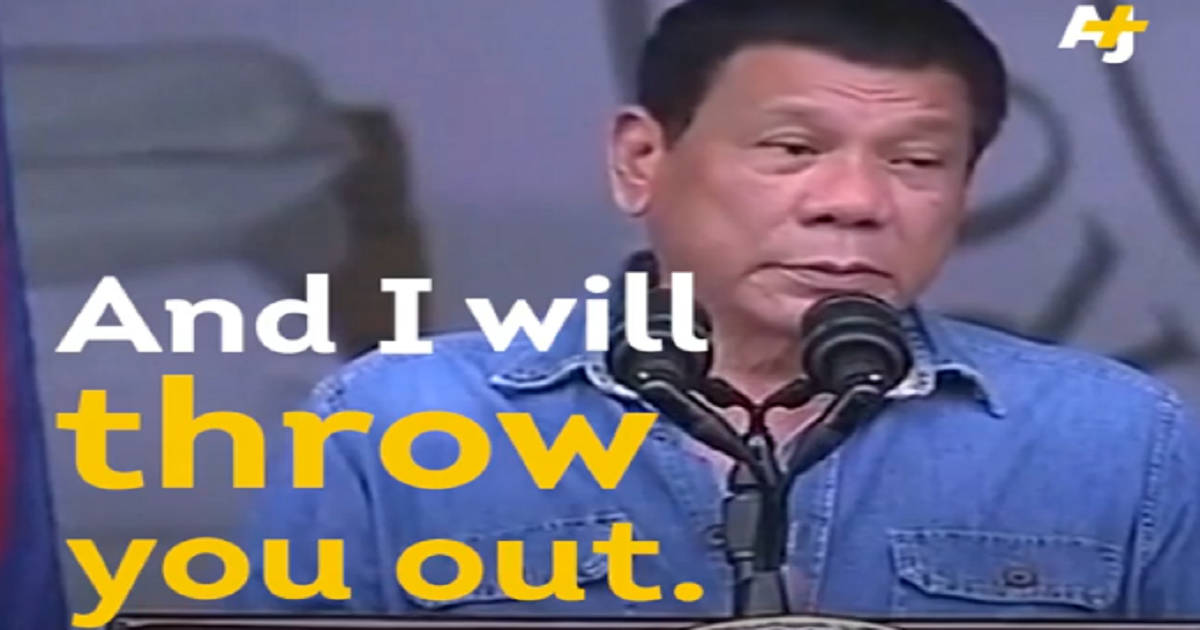 Of course, there were many who weren’t pleased that he took matters in his own hands as they believe that Duterte should have let the law deal with those criminals.

Amazingly, not all who took Duterte’s side were Filipinos. There were at least two Indonesians who praised his actions – and one of them claimed that many Indonesians want him as their president so he could help stop the corruption that remains rampant in their country.

Erdini Firdiansyah wrote, “The number of corruption in Indonesia is still in the top 5, in the world. So Philippines, if you don’t want him, we (Indonesians) want to have him here.”

Of course, this netizen can’t speak for all Indonesians but many of Duterte’s supporters were pleased with this foreigner’s response to the video and hoped that more Filipinos would see the president as the man who can bring good change to the country.

Duterte Admits Throwing People Out of a Helicopter

The president of the Philippines has admitted killing people again. And now he says he’ll throw criminals out of a helicopter.

Who is the President of Indonesia?

Joko Widodo is the current president of Indonesia. He became president in 2014 through ‘direct popular election’. Widodo is Indonesia’s seventh president.

Although netizen Firdiansyah stated they want Duterte as president, Widodo actually has a lot of similarities with the Philippine president especially in their stand against drugs (he refuses to grant clemency to drug offenders facing execution although Pinay drug mule Mary Jane Veloso has been granted some reprieve) and in their wish to have transparency in the government to avoid corruption.