There’s this one guy who drove a pickup truck on thin, wooden planks to load it unto a ship! It is the stuff of legends – and it is so incredible that you really have to see it to believe it!

I certainly would not believe something like this could be done until I watched the video. Of course, many skeptics might say this is fake yet there are many indications that this video was real – though it features a rather foolish or genius (or both!) driver with extraordinary driving skills.

Now, this clip is crazy in so many ways. For instance, many are asking how the truck managed to become perpendicular to that narrow pier in the first place. Motoring enthusiasts, however, say they have seen such things done on Top Gear – and the guys there made it appear “easy” to do.

Second, those planks were apparently made of wood and were just wide enough for the wheels to pass through; thus, only the bravest and most skilled of drivers would ever attempt a crossing over such a perilous bridge.

Third, there were no harnesses on that pickup truck that we could see on the clip. One slip of a wheel off the plank and the truck would be history. I doubt the insurance company would pay for damages considering the reckless situation the truck was brought into.

Still, no matter how hard we mull over what could possibly go wrong in this suicidal stunt, it has been done. It’s over. What we can do now is be amazed at how this incredible driver managed the stunt! Amazing!

I know. To see is to believe. Well, check it out for yourself here:

According to the Wikipedia, “A pickup truck is a light duty truck having an enclosed cab and an open cargo area with low sides and tailgate.” This vehicle was first marketed as a work tool but has since reinvented in the market to cater to lifestyle changes. Today, pickup trucks are marketed as “a tool that gives men power”.

Not popular in many parts of the world, the pickup truck is still a favorite in the US where it was first built and marketed. 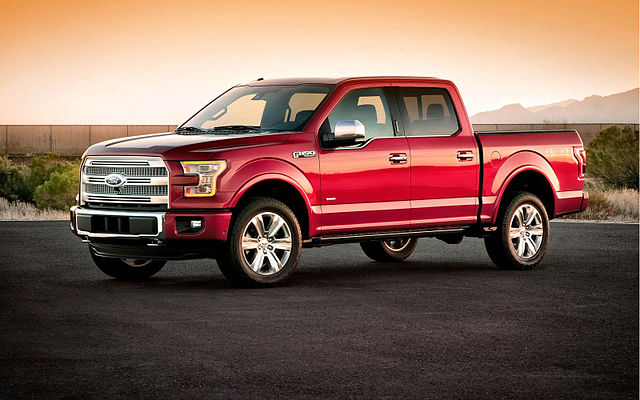 This truck is now used by many as a sporty alternative to passenger cars but also has plenty of uses, including hauling stuff like motorcycles, bikes, and camping gear for outdoor. This can also be used in law enforcement and various government services.
Share
Tweet
Pin
Share
Tags:best driver, crazy driver, driver drives truck to boat using planks, pickup truck, pickup truck boards ship using planks