Pinay actress and commercial model Ina Raymundo is long known for her beauty, even now that she’s already 42 years old and a mother to 5 kids.

Of course, everyone expects that her kids are going to be as gorgeous as she is – and they are right! 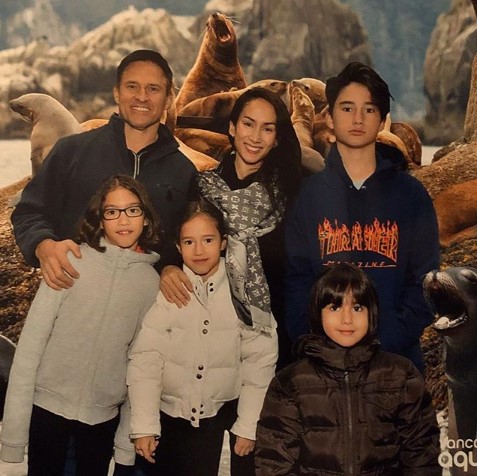 Ina is married to Canadian-Ukranian businessman Brian Poturnak. Since he’s also quite handsome, it is easy to see where their kids really inherited their gorgeous looks. The two have five kids: Erika, Jakob, Mikaela, Annika, and Minka. 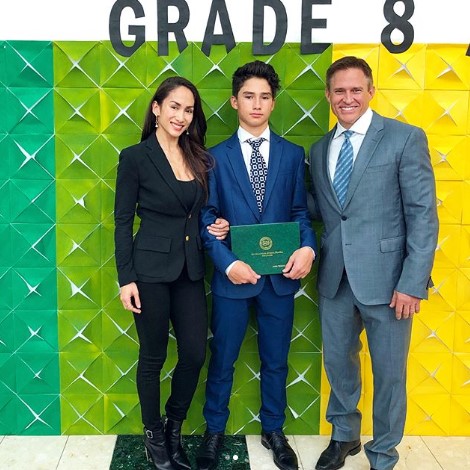 At 14, Ina’s only son Jakob is quickly growing up to be a heartthrob. We would not be surprised at all if he’s the ‘crush ng bayan’ in school! The girls are also beautiful, of course, but Jakob stands out from the lot because he’s the only boy.

The young lad has just finished middle school, with the proud mom posting photos taken from his Moving On Ceremony. A lot of netizens could not help but comment on Jakob’s looks as well as the fact that Ina seems to have kept her youthful looks. Who would have thought she’s already 42 years old, eh? 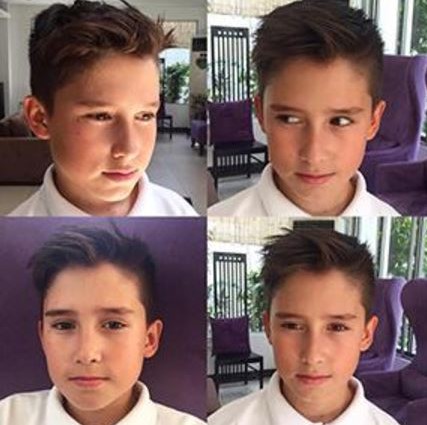 Just like many celebrities, Ina enjoys posting photos of herself and her family. Even when Jakob was much younger, many netizens had already noticed that he’s quite a looker. Thus, even as a kid, many already predicted that he is sure to grow up as a heartthrob and would surely break many hearts. 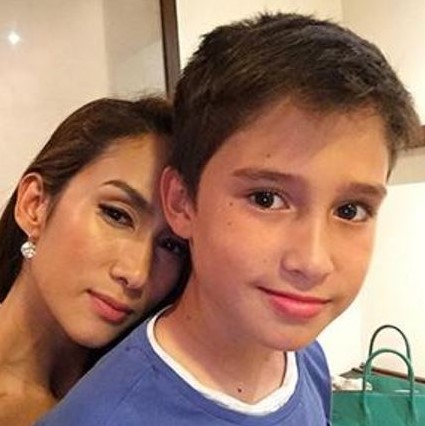 Judging by his most recent photos, those predictions appear to be true! Although we hope he wouldn’t really leave a long trail of broken hearts… 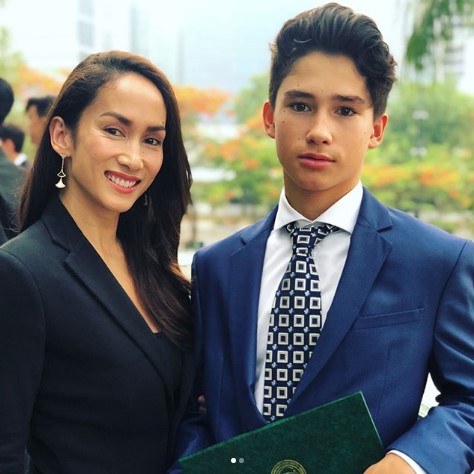 But if you are one of those who are hoping he would become an actor and, thus, be more ‘accessible’ to the public, Jakob’s got some bad news for you. The young lad has no plans of joining the showbiz industry, at least for now anyway. Let’s hope he changes his mind in the future!