One dad in Florida recently went viral after capturing an alligator with a trash can to protect his kids. Knowing that alligators are fierce alpha predators, it’s impressive that this guy didn’t even look like he was afraid of this creature. Wow.

What would you do if you find an alligator prowling and crawling around your home? I’d freak out, of course!

But not this dad from Florida identified as 26-year-old Eugene Bozzi.

In the now-viral that impressed netizens, Bozzi could be seen moving a huge trash bin towards the alligator and trying to capture it without getting hurt or making the creature rush towards his kids.

“Let me know when the head goes inside,” he could be heard telling the person taking the video.

He did that because the trash bin was so large that he can’t even see if the alligator was actually in already. 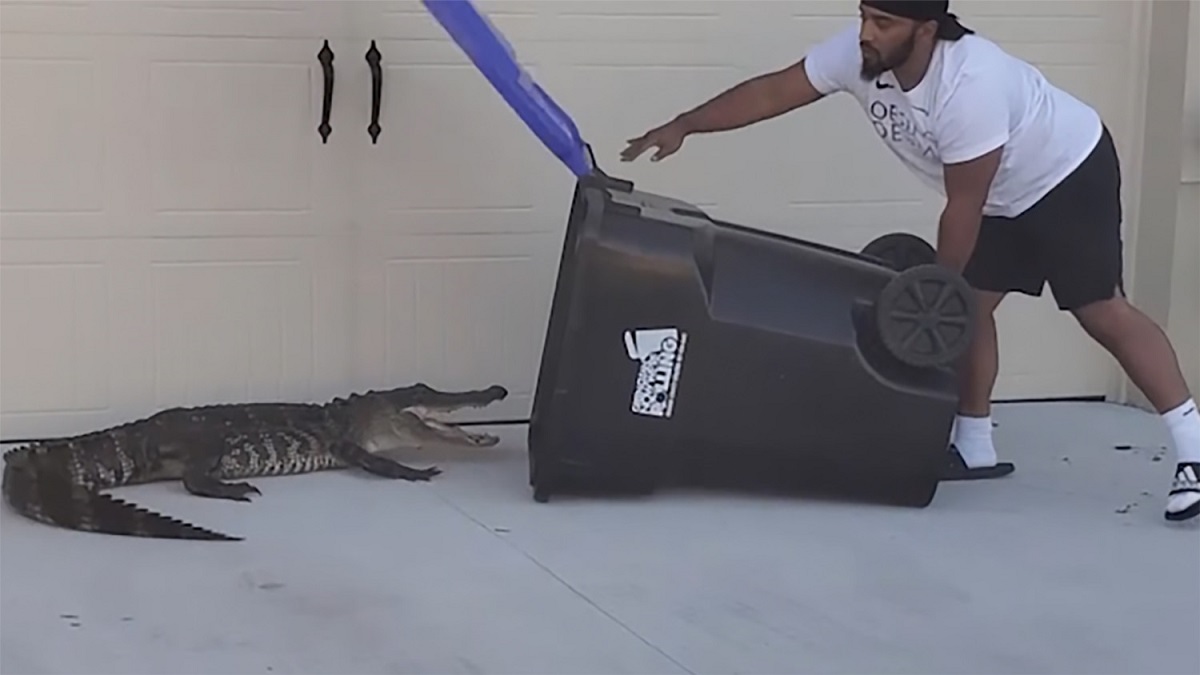 The surprised creature grew confused, giving Bozzi a chance to push forward as it freaked out. Quickly, Bozzi moved the trash bin up so the alligator can’t escape.

It wasn’t surprising that everyone around him was cheering as he managed to do it – because even the people watching it on the internet cheered him on!

This happened at the family’s home in Mount Dora, Florida.

Most people in Florida are used to seeing alligators around their homes. So, Bozzi didn’t mind at first when his kids said that there’s one outside their home. He thought it was a baby but decided to take action when he finally saw that it was a much larger juvenile.

“I said, ‘No, I’m removing it because he’s probably hungry.’ The only thing that came to my mind was to protect my kids and the other children outside,” he explained.

He later released the alligator back to the wild.

What’s the Main Difference Between an Alligator and a Crocodile?

Most people can’t tell the difference but here’s how to tell even from a distance: