Korean songs, TV shows, and movies have made their way to the Philippines and have become popular choices among viewers especially because they offer unique storylines that are very different from the usual plots on Filipino shows.

It would seem that the Korean culture (South Korean, by the way) has been so widely accepted in the Philippines that many of our youngsters idolize South Korean pop stars and movie personalities.

One Ilocana girl has recently gone viral for impersonating a Korean in what would first appear as a clip from a Korean drama. Shared by ‘lucky you’ of YouTube, the video was credited to HerchelChristine. 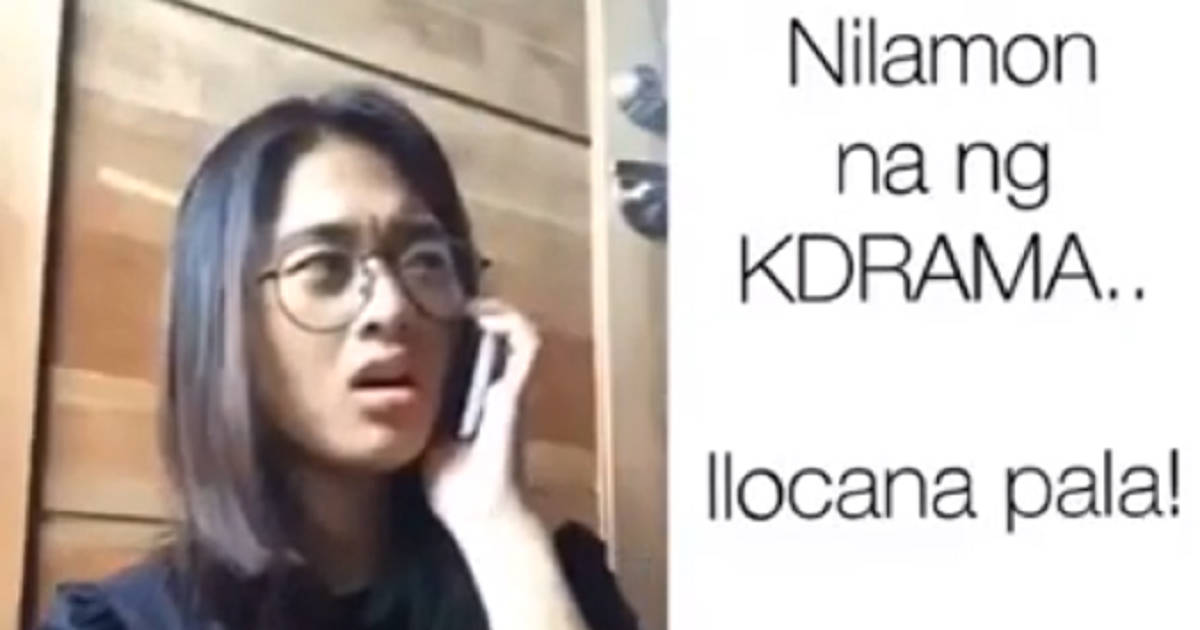 In the clip, a girl could be heard talking to someone on the phone in what sounds like Korean language and tone but if you listen closely and if you’re Filipino, then you would probably pick out some Filipino phrases on the one-sided conversation!

While we can’t really transcribe the whole conversation or tell you everything that the girl was talking about, we noticed something in the middle of the clip.

It sounded like she was asking someone for food but was incredulous that the person on the other side of the line didn’t have any.

At some point, it seemed like she said, “Kahit na munggo? Ayyy guh! Gutom kami na!” although it would be a bit difficult to get that because her tone made the words sound like Korean language. We even had to view the clip a couple of times before we realized that was what she seemed to have been saying. LOL.

We can’t say we’re 100% sure that’s what she said, of course. Watch this video and tell us what you think:

K-drama is the shortcut term for Korean drama which refers to televised dramas made in South Korea. Often, the dramas come in South Korean language but have subtitles; though local TV stations often translate and dub the shows in local language (such as to Filipino/Tagalog in the Philippines).