Some weeks ago, an Igorot boy with handsome features, dubbed as the “Carrot Man” because he was selling carrots at the time he was discovered, had gone viral because of his looks but there’s another one whose story is making rounds on the internet – and not because of his good looks but because of his extraordinary perseverance.

This time, 10-year-old Ruben Nayusan gained praise on the internet because despite being older than most of the kids in his grade level (he is still in Grade 1 where most kids are just 6 years old) and needing to cross 4 mountains and 2 rivers each day, he plans to go to school and finish his studies. 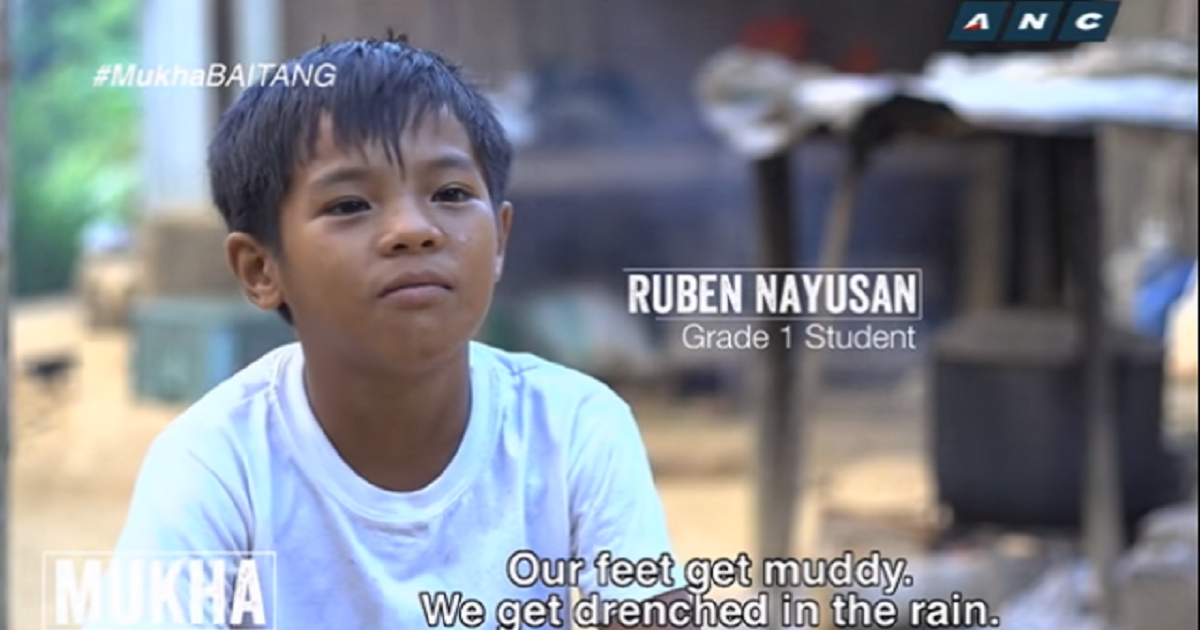 Every day is a challenge for Ruben and his siblings who come from the Kalanguya group of Sta. Fe, Nueva Vizcaya in the Philippines. In going to school, they have to cross the rivers which sometimes have raging waters especially during rainy season. Moreover, the cliff-side paths are dangerous as these were slippery; thus, Ruben and his siblings have to walk barefoot so they won’t fall off the cliff.

Despite the challenges, Ruben is determined to finish his studies and become a policeman or a soldier so he could bring his family out of poverty. In previous years, he had quit school because of the difficulties he had to overcome but he has vowed to stay in school this year so he could live his dream and for his family to have a better life in the future.

Igorot is a collective name for several ethnic groups dwelling in the highland provinces of the Cordillera Administrative Region. Igorots are also called “Cordillerans”. The tribe is well known for their colorful clothing.

There are several ethnic groups of Igorots; they can be grouped into these 5 sub-groups: