China has figured in yet another controversy after an undercover reporter discovered that workers in hotels are using the same brush to clean up everything in the toilet and rooms, including the toilets and glasses that guests use for drinking! Ewwww!

In a report shared by Gerald Sum, footage from the undercover reporter showed hygiene breach in three of the top hotels in Harbin: Harbin Shangri-La, Harbin Sheraton, and Harbin Kempinski.

Take note that these are among the most expensive hotels in the area but the hygiene breach appeared to be something that was commonly done by the workers. Can you just imagine what happens in the cheaper hotels where workers are paid less? Yuck! 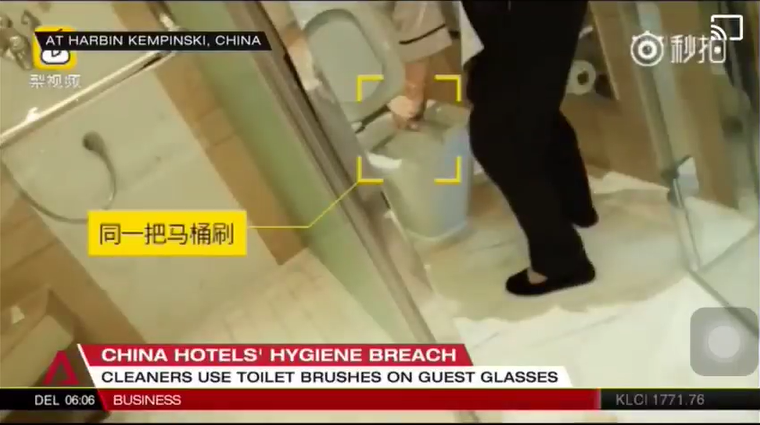 According to the report, these top hotels charge top rates anywhere from $220 to $420 per night. One might expect that they provide the best level of service for the customers!

But based on the undercover report, the cleaners are expected to clean 12 rooms within their shift. They are then paid an extra $2 for any additional room they can clean; thus, many of the workers are trying their best to clean as many rooms as they could but many are compromising the proper hygiene rules.

Instead of using separate brushes to clean the glasses, sink, and toilets, however, the cleaners use the same because it was faster. Then, used towels were used to wipe the glasses clean – and also wipe the sink and the toilet! 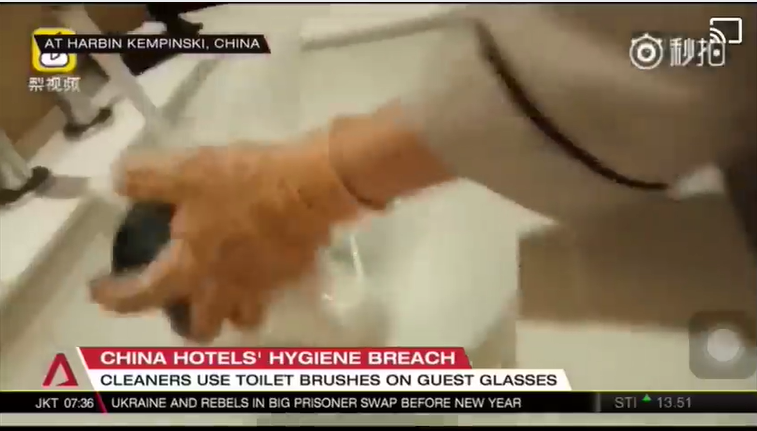 If the bedsheets and blankets appeared ‘unused and clean’, these are folded up and placed on the beds again even if the last occupants have checked out and the room was readied up for the next guests.

Watch this rather disgusting footage: