Everyone knows that most ladies love to go shopping – and they could actually spend many hours just shopping, even for just one item! That is why one husband recently went viral after he made a placard because he spent many hours waiting for his wife outside Target. LOL.

Jeremy Tuck shared a photo taken outside Target. The poor husband was so tired of waiting for his life that he decided he might as well ask help from kind passersby. But while many of those who carry a similar sign are actually homeless and genuinely asking for financial assistance, Jeremy is not actually asking for money. He’s just asking for help.

What help he might need, we’re not quite sure. But it might involve someone finding his wife, Akila Cooper Tuck, inside Target and taking her outside so he wouldn’t have to wait this long! LOL.

Holding a sign made from a torn cardboard box, Jeremy got a lot of netizens laughing. 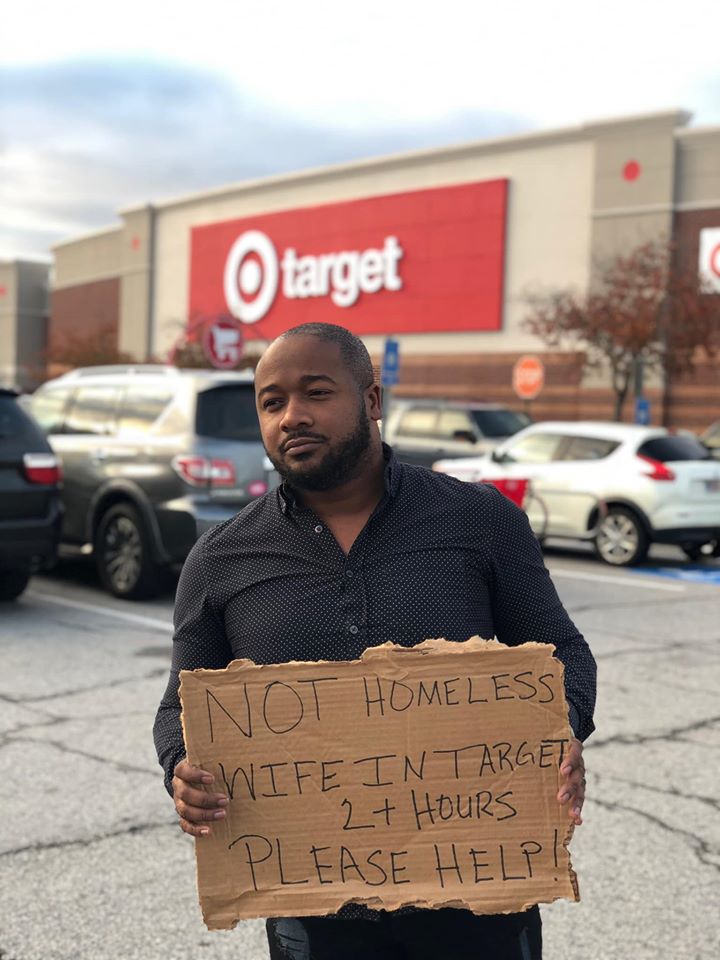 “Not homeless. Wife in Target (for) 2+ hours. PLEASE HELP!” this poor husband wrote. He credits the idea to Dude Dad, a comedian who apparently made a similar thing. “I will not be silent!” Jeremy captioned the photo.

So far, the photo received over 31k reactions, most of which were laughing reactions as they were quite amused over what Jeremy had written on his makeshift placard. Many shared the photos, with the picture gaining nearly 190k shares. A lot also tagged their friends, saying that they can easily relate – and that’s both a joke and a fact.

“Which Target is that? I saw a guy in the one on Cobb Parkway yesterday at about the the this was taken, and I commented to my friend about how badly he looked like he wanted to leave. I can’t remember what he looked like though,” one netizen wrote.

When Jeremy’s wife replied with the location, the netizen laughed and added that it must have been a ‘theme’ for men that day. LOL.

Target is a popular chain of stores in the United States. The company is the eighth largest retailer in the country, with over 1,850 locations all over the US, as of FY 2019.