A grieving husband visiting his ‘dead’ wife’s grave got the shock of his life when he heard screams from inside the tomb; he immediately opens the grave to save her life. This sounds really crazy, right?

A teenager named Neysi Perez who was 3 months pregnant at the time was using the lavatory one night when she began having seizures and was foaming in the mouth. There were varied accounts as to why she experienced that but some neighbors believe she had a panic attack upon hearing a volley of gunfire near her house.

Whatever the reason for the panic attack, the teen collapsed to the floor and began foaming in the mouth, prompting her parents to call a local priest to perform an exorcism rite as they thought she had been possessed by an evil spirit. Duh! 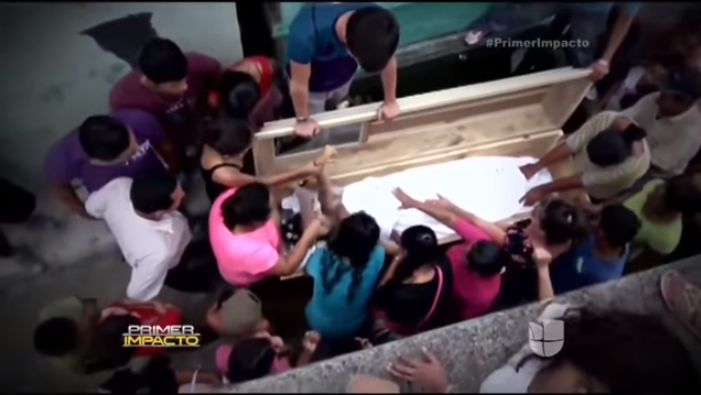 The exorcism rites were not effective and the pregnant teen would later show no signs of life; thus, her family finally decided to bring her to the hospital. But it was too late by then. Doctors did their best to revive Neysi but she was declared dead some 3 hours later.

Poor as they were, Neysi’s family did not have money to have her embalmed. So, after a short wake, they buried her at La Entrada General Cemetery.

Gravedigger Jesus Villanueva would later claim that he heard banging and noises inside the tomb but was too afraid of the evil spirits and ghosts he believes are lurking in the cemetery that he ignored these, also trying to convince himself that it was just his wild imagination. 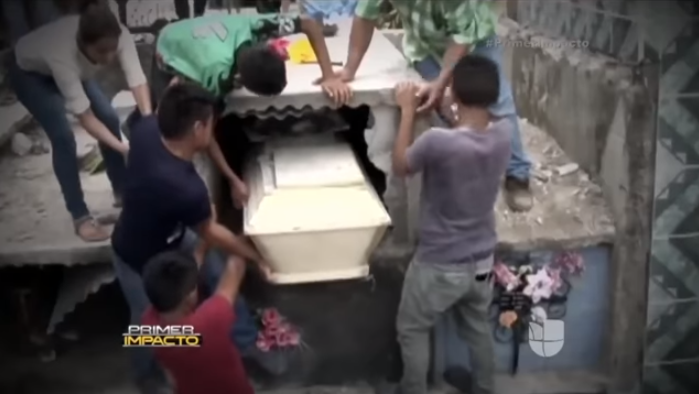 Later that day, Neysi’s husband Rudy Gonzalez visited the grave and also heard the same noises. He rushed to the gravedigger, asking for help to open the tomb as soon as possible. Rudy called on their family members who also rushed to the scene and helped in the rescue efforts.

The family was so shocked over the incident that they rushed Neysi to the hospital, still inside her coffin!

“Once we had taken her out of the tomb I put my hand on her body. She was still warm, and I felt a faint heartbeat. She had scratches on her forehead and bruises on her fingers. It looked like she had tried desperately to get out of the casket and hurt herself,” claimed Neysi’s cousin, Carolina Perez.

But after hours of trying to revive Neysi, the hospital confirmed that she was dead. They put her back inside the coffin and told her family to bury her back…