A husband expresses eternal gratitude to his wife who saved his Gundam collection during a flood! But netizens think these two have skewed priorities for thinking about saving the collection instead of other more important stuff they have at home. Tsk. Tsk.

During a flood or some other emergency situation, people try to save the most important things they have or own. That often means securing their important documents, medicines, and stuff they needed for work.

Of course, you do have to save your children, elderly parents, and pets, too. 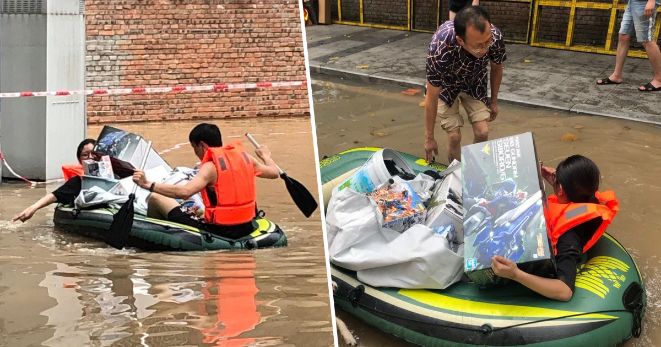 But there are times when people save stuff that many don’t think to be important. As they panic, many people pick up the things they see first instead of the things they needed. Coupled with the adrenaline rush, many are able to carry huge refrigerators and other things out of their house, bringing these heavy items to safety.

In Yudong, Chongqing in China, the rising flood waters forced people to go up to the higher floors of their home to seek a safety spot. Yet the flood waters continued to rise ! 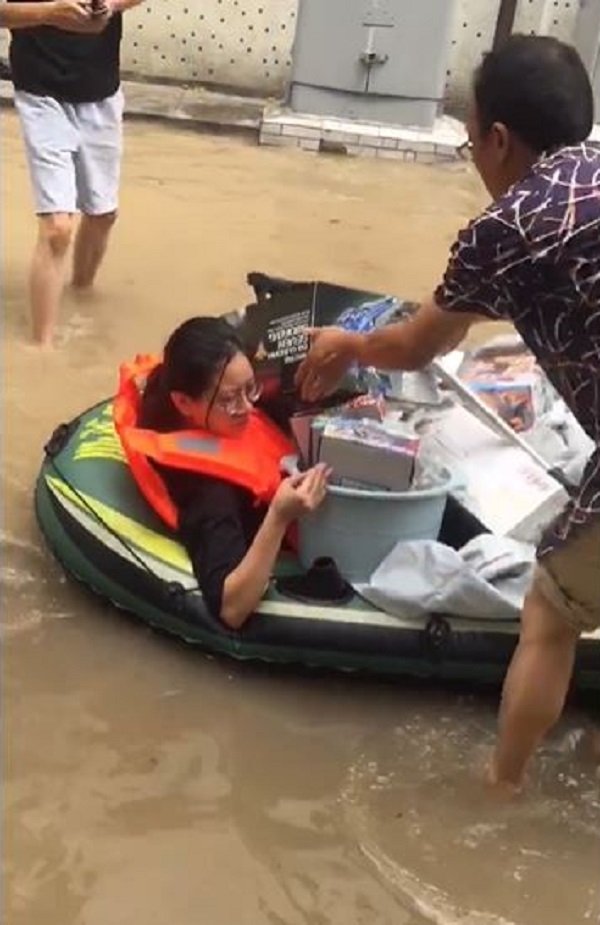 Thus, a couple living at a 2-story house had to evacuate or risk losing more than just their property in the rising flood waters. Using an inflatable boat, the couple saved stuff that are important to them. Such included important documents, of course. 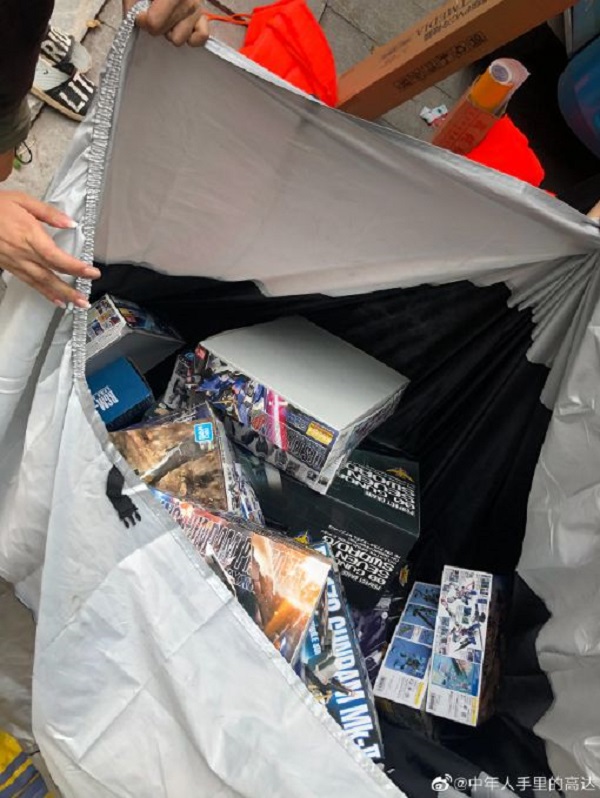 “I will never let you down in this life,” the husband declared!

Gundam is a Japanese military science fiction media franchise/media mix that features giant robots with the name “Gundam”. The franchise is so popular that there are so many Gundam collectibles being sold – and it has grossed billions over $20 billion in retail sales.