Obviously in pain but still radiating with happiness, Clark Fudolig proudly said his vows to wife Millie Jane Tique as he finally gave her the church wedding he promised for so many years. Sadly, the groom didn’t make it to reception and would die shortly after fulfilling his promise to his beloved bride.

Their love story started in 2003, meeting when Millie was 23 and Clark was 18. Millie would get pregnant with Cane Krissie the following year; they got married in a civil ceremony.

Because he was set to fly to the US a month later, Clark promised to give Millie the church wedding she had always dreamed of but things didn’t go as planned for the couple.

Although Clark’s job as air-con technician in the US clearly helped a lot in terms of providing for the family’s needs, Millie didn’t quit her job and would later become a human resource officer at the Department of Education’s main office in Pasig City. 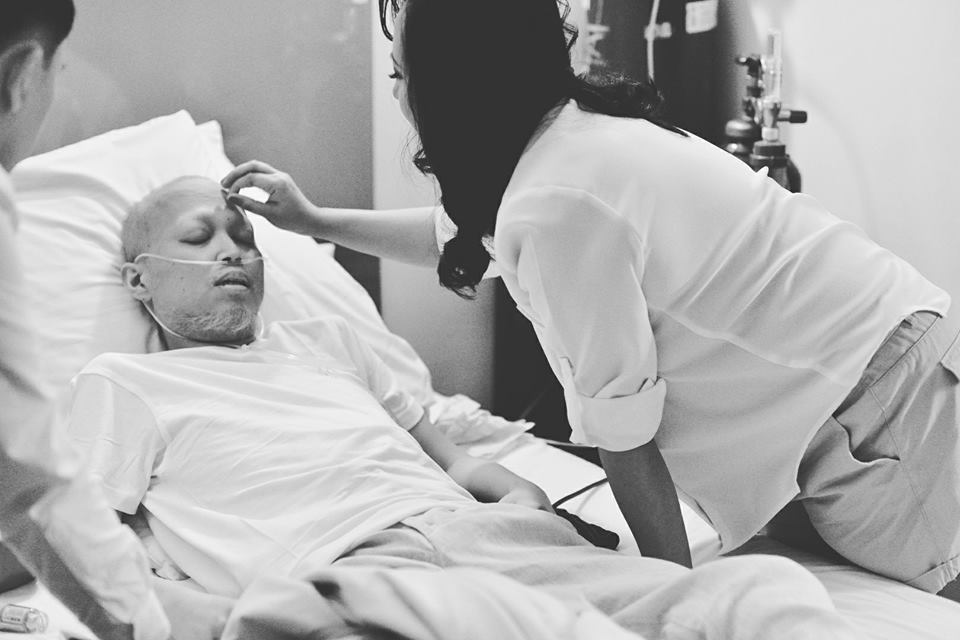 Clark gets to visit his family for about 2 to 3 months every 2 years but they did bond online, with Millie joking that Globe Telecom is getting rich because of their long distance love affair. He was diagnosed with pancreatic cancer in 2014; although Millie would learn about it only last year.

While Millie tried to apply for a US visa to take care of Clark but both instances have been denied because she had “no strong family ties”. Knowing he didn’t have much time left, Clark decided to just come back to the Philippines. He also had plans on getting Millie’s dream church wedding fulfilled. 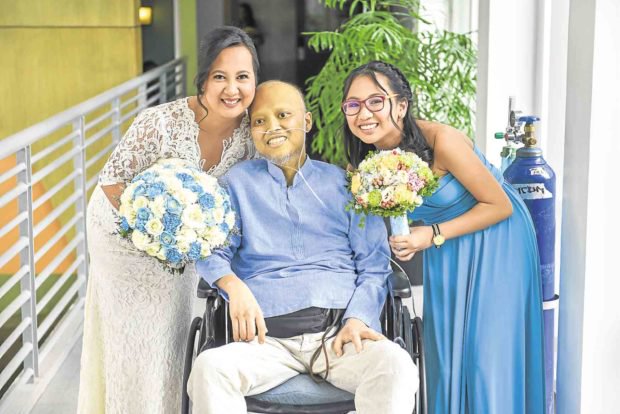 A month after he arrived in the Philippines, Clark was finally able to fulfill his promise to Millie but he barely made it through the ceremony. Right after they exchanged their vows, he was rushed back to the hospital. He never made it to the reception and would die shortly after his church wedding.