Artwork in museums, art gallery, and in most places for that matter, are supposed to be “for your eyes only”. You are not supposed to touch them, especially because it is possible that the artwork is actually more fragile than you think – and could break if you touch it!

But what if the artwork is food or something that is made of food? Can you touch it or eat it? Of course, you shouldn’t! Even if that artwork is food, it still belongs to the art gallery or the museum where it is displayed. It is not meant to be eaten!

One hungry museumgoer broke that golden rule however – and it could have cost him a whole bunch of money! 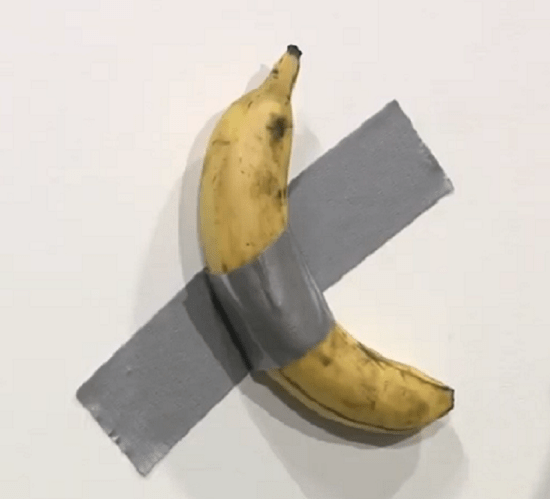 In Galerie Perrotin, an art gallery in Miami, Florida, there’s a display of a ripe banana secured to the wall with a duct tape. It is a real ripe banana, not just an artwork that looks like one. Quite amazingly, a French art collector bought the not-so-impressive work of art for a whopping sum of $120,000! How someone would buy such a piece of art for that sum is beyond us, but that guy actually paid a huge amount of money for that piece of ripe banana and the duct tape.

Entitled “Comedian”, the art piece drew a long line of people who wanted to take photos at the art gallery. After all, this could be world’s most expensive piece of banana! It’s not even made of gold or encrusted with gems. It is really just an ordinary banana that got a huge upgrade when the artist placed it on the wall.

Everyone had a good laugh about it (and were perhaps laughing at the guy who bought it for a huge amount of money!) but one museumgoer broke the golden rule of keeping hands off the art displays. David Datuna, identified to be a performance artist from Georgia, USA, was feeling hungry and thought the banana looks rather delicious!

“Art performance … hungry artist. I love Maurizio Cattelan artwork and I really love this installation. It’s very delicious,” he said as he ate the banana. Uh-oh!

Shocked museumgoers didn’t know what to do as they watched Datuna eat the world’s most expensive banana. The art gallery’s owner, Emmanuel Perrotin, was furious! Datuna was quickly taken to the office and asked to pay for the destroyed art piece. But artist Lucien Terras came to his rescue. 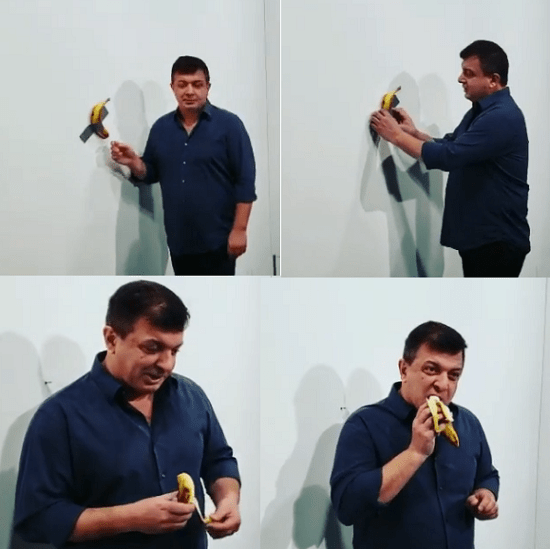 “He (Datuna) did not destroy the artwork. The banana is the idea,” Terras explained. He added that patrons are more interested in the Certificate of Authenticity when buying an artwork. Plus, the banana was meant to be replaced. Whew!

Datuna was released after a replacement banana was placed on the artwork.

An art gallery is a building or space for the display of art, usually from a museum’s own collection or a private collector’s collections.