In her drive to “show that sensuality and intelligence go hand in hand”, a Math teacher from Minsk, Belarus is going viral on social media. Oksana Neveselaya posts photos of her in bikini and various teaser shots showing her beauty and appeal.

Since she’s a natural beauty and has a truly sexy body, it did not come as a surprise for us that the graduate from the University of Kiev would go viral and earn thousands of followers on Instagram, Facebook, and various social media outlets.

Her Instagram page is filled with various photos – and most are just solo shots of herself; though there are times when there are other people in the photo but it seems that her avid fans love her so much that they want her to just pose alone. 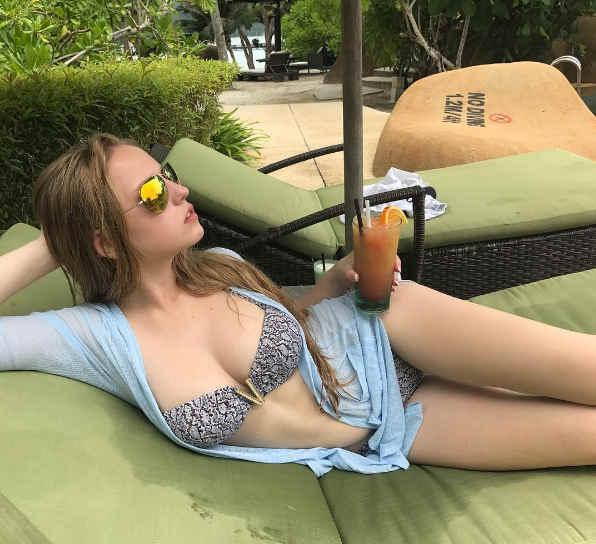 Aside from her model-like photos on Instagram and other social media, there are also a number of videos – one of which was a video showing her teaching a class.

As her photos and videos went viral, netizens could not help but comment how they wished their Math teacher were as gorgeous as her for they would surely not miss a day in class if that were the case – and they would surely have done better in class, if only to impress their gorgeous teacher!

Of course, there are also those who blasted Neveselaya for showing her sexy snapshots, especially considering that she’s a teacher; these people believe that as a teacher, she is ethically bound to look like a role model for the students.

While many also called her superficial and being ‘just a beauty without brains’, they have probably forgotten that she’s teaching Math! I would definitely never dare to call a Math teacher as someone with no brains!

Pietro Boselli, a math teacher at the University College London, is dubbed as the ‘hottest male Math teacher’ in the world. He’s actually become a model after his photos went viral.