In the weeks and months that followed the devastating tragedy and damage brought by Super Typhoon Yolanda, many areas were under a mournful silence. There was scarcity in everything necessary to people to live, yet there was an abundance of dead bodies littering the once beautiful scenery.

Tacloban City and the rest of Leyte and Samar were almost unrecognizable. Every day, bodies would be discovered floating in the sea or clogging rivers and waterways or buried beneath mud and rubble from the damaged buildings.

Millions of donations quickly poured in from all over the world – where did those go, anyway? With no visible accounting of where the money went, we could only wonder whether these reached the intended recipients.

There were plenty of reports about looting, theft, robbery, and raids of stores, the NFA warehouse, volunteer-collected donations, etc.

It’s been 11 months since Yolanda. How are the people doing now? 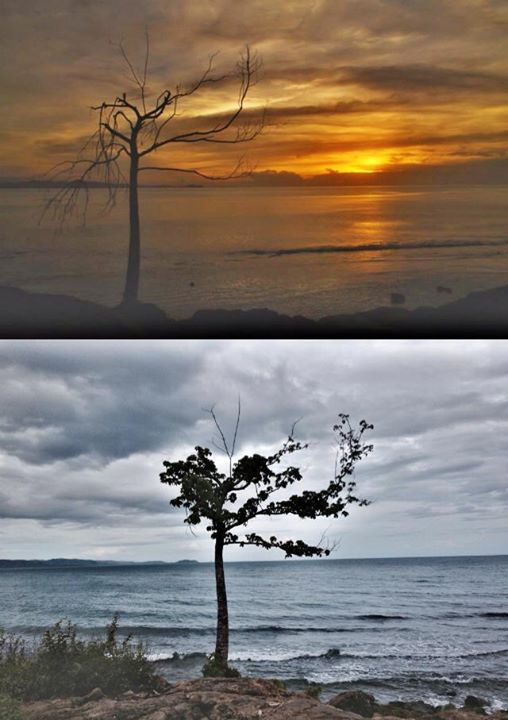 Witness accounts from those who had just recently visited Yolanda-hit areas have depressing news: many areas are still struggling. Although the food and water scarcity have been addressed, somehow, people are still having a hard time surviving.

Saltwater had soaked the land for hours, washing away the nutrients and making the soil a harsh environment for crops to thrive in. Many businesses have opened again as the business owners are trying to regain what they lost in the calamity as well as provide the necessary items for the survivors to buy.

A lot of bunkhouses have already been built, though these faced much criticism and controversies. Plenty of locals went back to living near the coastline to be close to the main source of livelihood, despite the government-imposed ban.

Many areas are still damaged, with little hope of rebuilding in the near future. Yolanda had caused damages of around P89.5 billion, a huge amount that the government is too powerless to fund. There were plenty of donations, yet bureaucracy made sure they never reached the target areas but got rotten or even lost in transit or still held in the warehouses because the donors could not pay the exorbitant taxes imposed on items they are supposed to freely share with the Yolanda survivors.

Still, hope is not lost. Little by little improvement can be seen in many areas. Businesses are back, the streets are once again busy.

Despite encountering many bureaucratic problems, various donors and non-government organizations continue to try their best to help these communities rise from their watery grave. People from across the world continue to donate funds to great causes that provide assistance to the locals. People are joining hands and pooling funds to rebuild homes, reconstruct bridges, feed hungry mouths, and provide various basic needs for the survivors.

In these photos taken at Kaponis Point by Fr. Roneil Canillas, a seemingly dead tree (taken days after Yolanda hit) is now laden with leaves (taken 11 months after). This tree is a symbol of hope and life. The scenery might still look a bit forlorn and dreary, yet the tree signifies that life goes on despite the devastating trials.

Yes, hope is not lost, indeed.

Note: Special thanks go to Fr. Roneil Canillas, the School Director at Divine Child Academy in Lawaan, for permission to use these photos, and to Elma Gacho Greenwood for sharing these with RachFeed.