Netizen Marizhe Villanueva left her iPhone in a tricycle somewhere in Olongapo City, Philippines. With so many stories of snatching and dishonest drivers these days, it is quite possible that she would never get her hands on that phone again. It was lucky that the driver of that tricycle is an honest man who returned her phone without hesitation.

Tricycle driver Francis Marquez is now being praised on social media for his honesty after Villanueva shared her experience on Facebook. This came with a photo the tricycle and a shot of the two of them together.

Surely, the people of Olongapo or those traveling to the area would seek out this honest man because they know that their things will be safe with him.

With so many stories of dishonest drivers of various transport options, it is refreshing to read about a tricycle driver who restored our faith in humanity because of his simple yet very honorable actions. 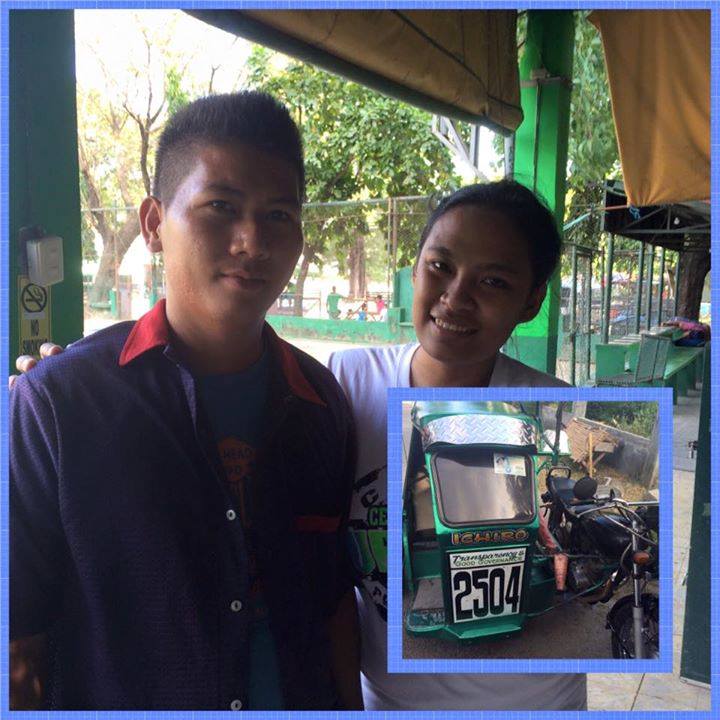 Considering that Villanueva was so grateful about the whole situation and had promised to return the favor in some way, we know both are going to have a very wonderful Christmas this year!

Cheers to honest people like Marquez! May we all stay honest…