We hear a lot of horror stories about extortions and tanim bala at the Ninoy Aquino International Airport (NAIA) that many OFWs are now afraid of going home as they might become victims of these numerous scams. Thankfully, not everyone you deal with at the NAIA is bad. For instance, there is this honest taxi driver whose cellphone number many OFWs are taking note of so he can be their driver when they get home.

In a Facebook post shared by Love Radio Manila, Nestor Custudio Jr. of Larajophil Transport dropped by their station at around 8:30 PM on Tuesday, October 27, 2015, to leave a heavy backpack owned by a passenger from NAIA he brought to Coastal Mall.

Custudio was not able to get the passenger’s name but he knows the man’s face. He narrated that the man had been his passenger from the NAIA but had forgotten his luggage when he alighted at the mall. After a few meters from the mall, he picked up another passenger who would later claim the bag as his.

Thankfully, Custudio remembered that it was the first passenger who was bringing the bag; thus, he refused to give this to the second passenger and immediately went to the radio station so the lost item could be announced on Papa Jack’s show. 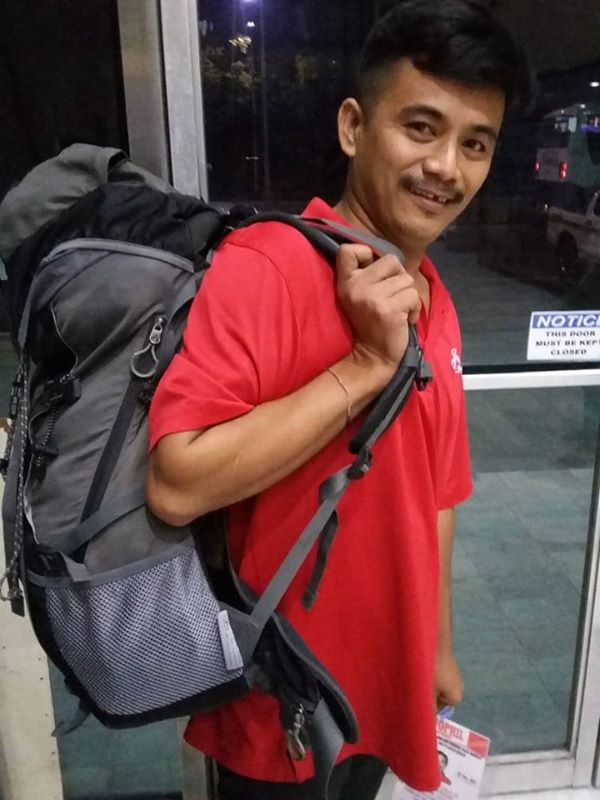 The station commended Custudio, saying the guy did not even try to open the bag to see what was inside; though a cursory check at the station revealed that the bag contained clothes and some important documents.

It was later reported that a seaman arrived at the station to claim the bag – based on the documents in the bag and the ones he presented, they knew it was rightfully his.

Netizen Nelly Grace Ebidag posted a comment on the Facebook post, sharing the taxi driver’s ID. This soon became one of the top comments on the post, with over 2,200 likes and plenty of comments that they are saving his number so they can contact him; though someone also commented that the cellphone number on the ID is possibly owned by the company. 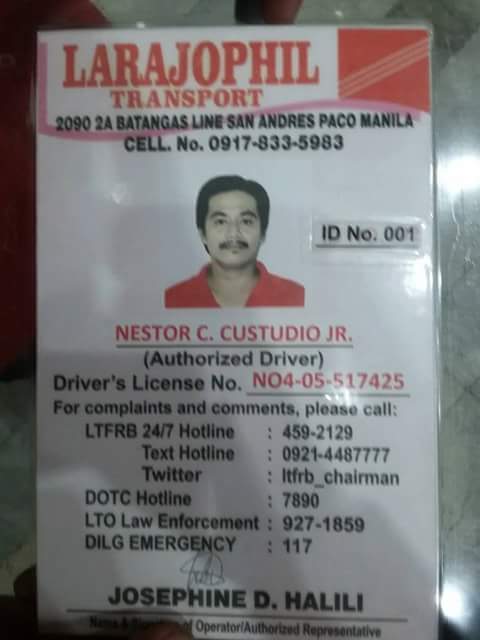 Still, it would be nice if all taxi drivers were like Custudio and we hope some can provide us with his actual cellphone number so we can share it here. In this day and age of scammers and swindlers, it is great to find an honest man.