MANILA, Philippines- Nowadays, it’s hard to find honest people, let alone honest taxi drivers in the Philippines. Over the past years, the country has been plagued by stories of abusive taxi drivers taking advantage of their passengers. As a result, passengers had become apprehensive of using taxi as a mode of transportation.

But Anna Lou Balones Ferrer’s experience with a taxi driver from Bacolod City is an eye-opener that not all cab drivers in the Philippines are rude, arrogant and opportunistic. According to Ferrer, Concordio “Manong Nonoy” G. Mangubat of Ceres North Terminal in Bacolod City went out of his way to return her cellphone she inadvertently left inside his cab. 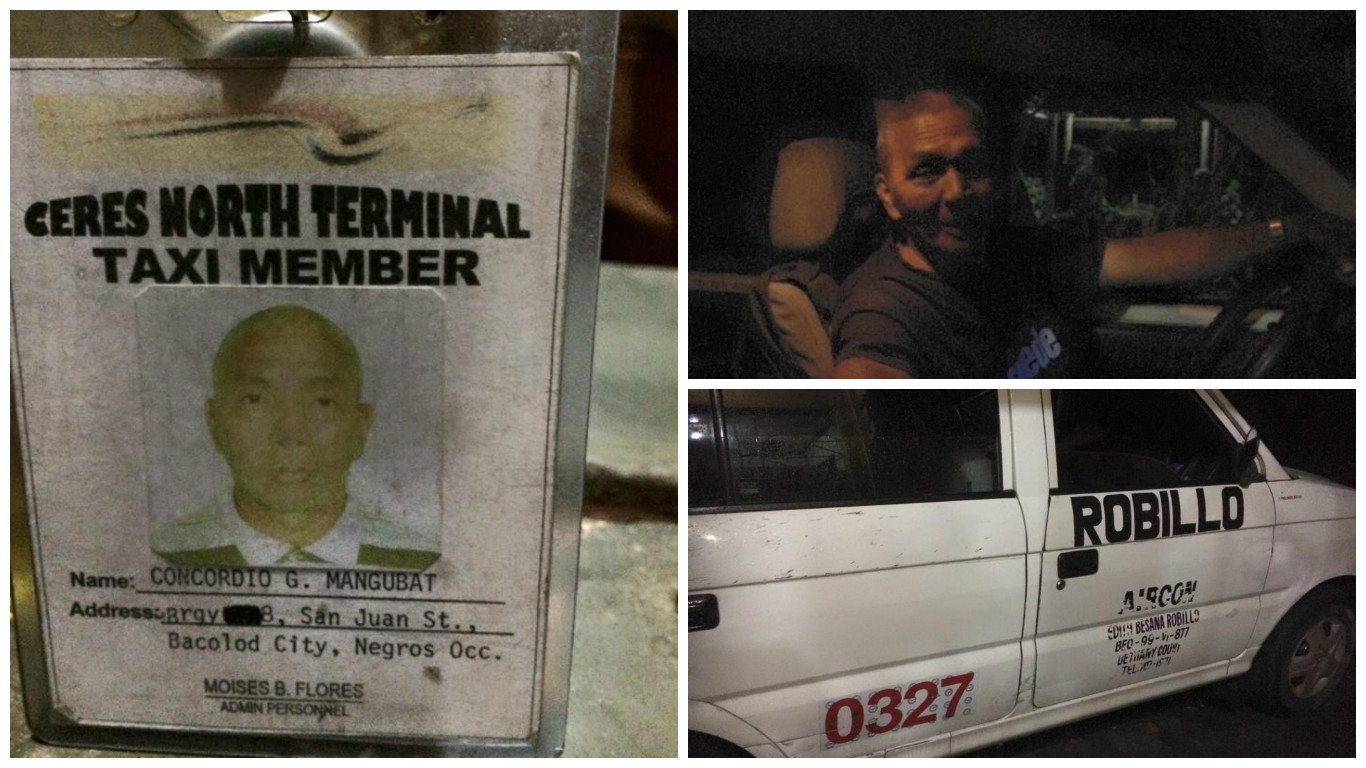 Ferrer said she had no idea that she lost her phone until Manong Nonoy went back to her house to return the lost item.

The story of Manong Nonoy’s honest deed was shared by Ferrer on her Facebook account along with his photos to inspire others.

“To this good samaritan who never think twice to go back to our house and return my phone which I only noticed that I lost it when he showed up – THANK YOU Manong Nonoy Mangubat, big time! God will definitely bless you ten folds because of your goodness.Thank you Lord for the kind of Manong Nonoy. Please let him be safe and healthy always!” Ferrer wrote in her post.

On the eve of Christmas in 2015, Anselmo “Manong Hanzel” Nava of Light of Glory Taxi Services was rewarded P10,000 for returning a bag of a passenger containing money amounting to 5,270 Euros or P272,919 left inside his vehicle.

Manong Hanzel surrendered the bag to his company, who in turn tracked the passenger named Jake Mark Nieves, an overseas Filipino worker who boarded the cab from Iloilo Airport in Cabatuan, Iloilo.

Aside from the cash reward, the Land Transportation Franchising and Regulatory Board (LTFRB) honored Manong Hanzel with a plaque of recognition and other incentives for his act of kindness.