With floods rising and the local government enforcing mandatory evacuations, Randy Wagner of Rosharon, Texas, knew he had to do something drastic if he wanted to save his house and keep his family from getting displaced for the weeks to come.

So, instead of packing up his things and getting ready to evacuate, he researched ways to survive the flood with his house intact. That’s how he found out about Aqua dam, a system of tubes he could put around the property to create a dam.

The catch here is that you’ve got to fill it with water! While many think that it is quite hilarious to think of stopping water with water, the thing actually worked for Wagner. 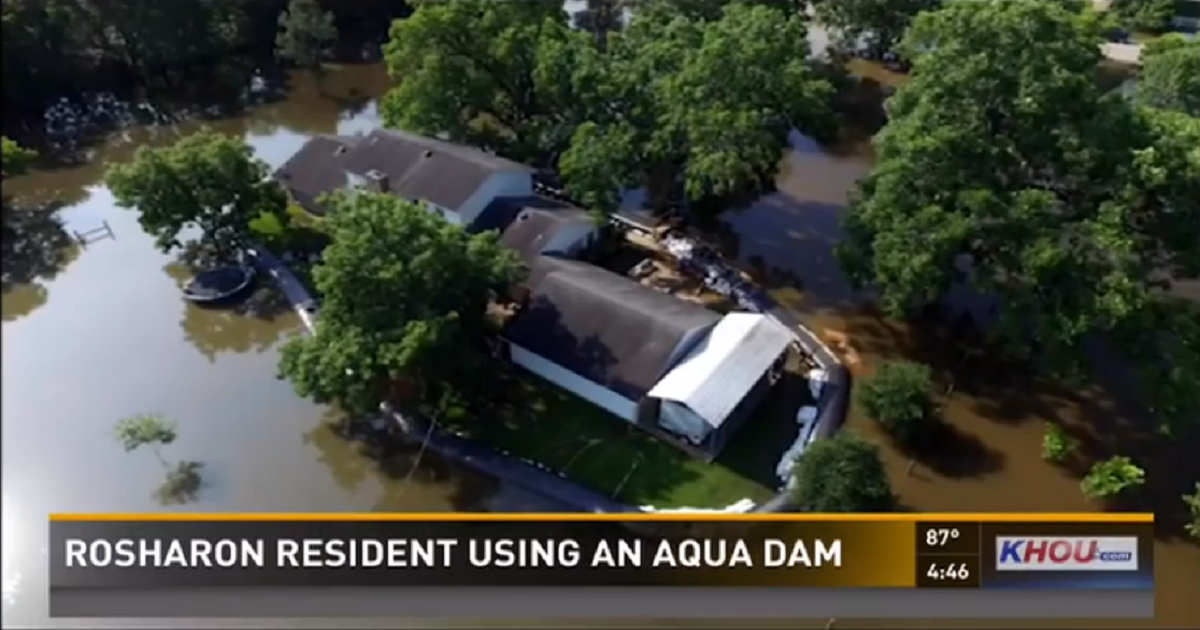 Screenshot of video by KHOU11

What’s so awesome about this dam is that it is made of woven polypropylene which follows the contour of the surface; thus, as Wagner and two friends filled it with water, the water-tight tubes effectively created a seal on the ground that would prevent water from entering the property.

The weight of the water holds the dam in place.

It took hours for Wagner and his friends to fill the dam – and a lot of people who were evacuating from the town saw what they were doing. Some of these people laughed at what they were doing – and they actually had good reason to laugh because Wagner had just spent $8,300 on the thing! Would it work?

Well, while everyone else evacuated, Wagner and his family stayed. The water rose up to 27 inches high – and never went beyond the tube’s height. Wagner, his family, and their belongings were safe!

A lot of people had laughed at him for building a dam and spending $8,300 on the thing but he had the last laugh because he had just saved an estimated $150,000 in repairs and renovations if the home had been flooded – and he even got to sleep and dine in his own house while the rest of his neighbors had to evacuate their flooded properties, spend days away from home, and spend money on repairs and renovations on their own homes!

What is a dam?

A dam is a structure that creates a barrier, often to impound water from streams. Dams can be used to suppress floods and to create reservoirs for water supplies and even for creating electricity through hydropower.