Home
Lifestyle
Food
Homeless Man to Son: “Don’t Take Too Much, Leave Some for Other People”

A homeless man recently went viral for the life lesson he taught his son, because it is something that all of us can also apply in our lives. This dad tells his son to only take what they need so they can still leave some for other people!

A group of friends were roaming around the streets of Kuala Lumpur, Malaysia, to find people who might need some food and water. They chanced upon a man on a wheelchair, being pushed by his son. 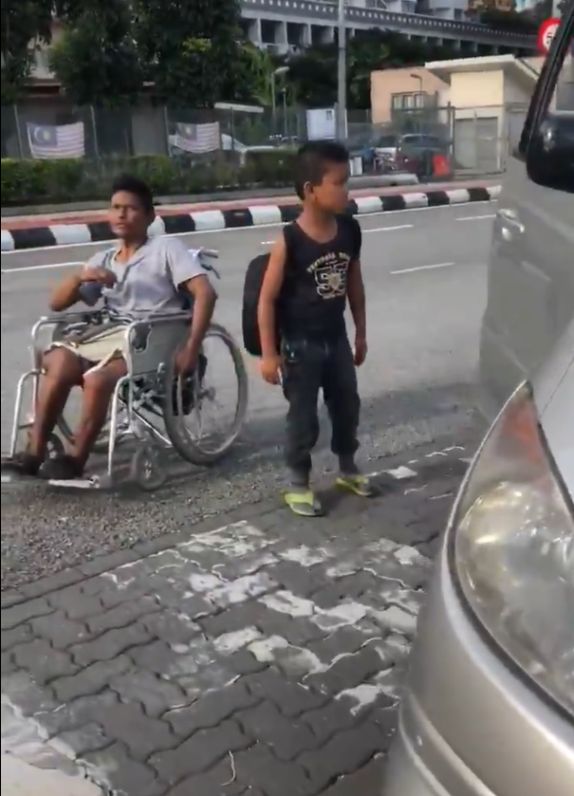 In a video shared by Muhammad Adzim Bin Abdul Azaiz on Twitter account @_AZ69, the driver slows down and asked whether the two wanted something to eat. When the man replied, “Yes”, the team immediately stopped.

The guys handed two packs of food and two bottles of water to the father and his son. The boy, looking rather thin, innocently asked his dad whether the food was enough. 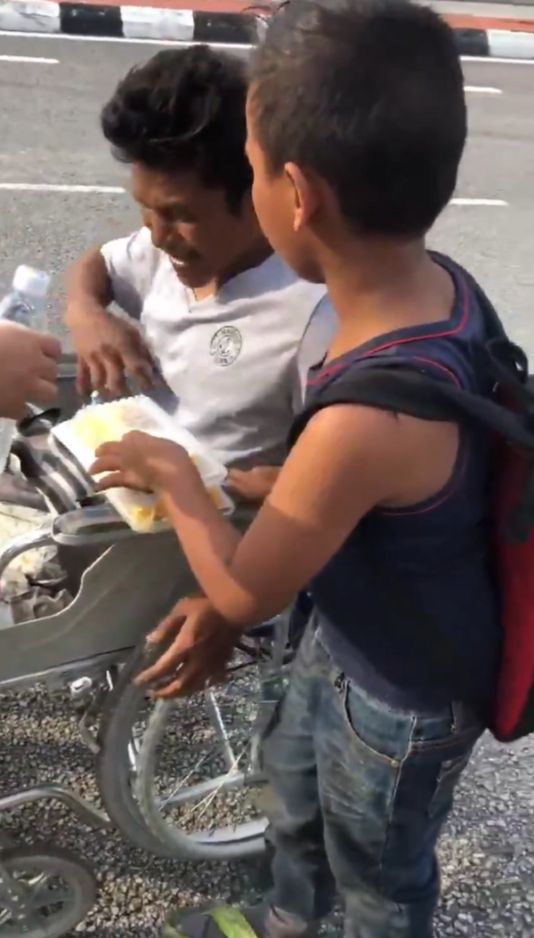 They probably had not eaten for days! But his dad told him in Malay, “Yeah, it’s enough. We have to leave some for others as there are still many other people who haven’t gotten it yet.”

Embarrassed, the boy scratched his head and smiled as he walked behind his dad’s wheelchair to ‘hide’ from these Good Samaritans. The guys learned that the boy’s dad broke his legs in an accident 10 years ago. Though the doctors placed a metal rod to replace his broken bones, these also broke. This left the man wheelchair-bound, relying on his son for mobility. 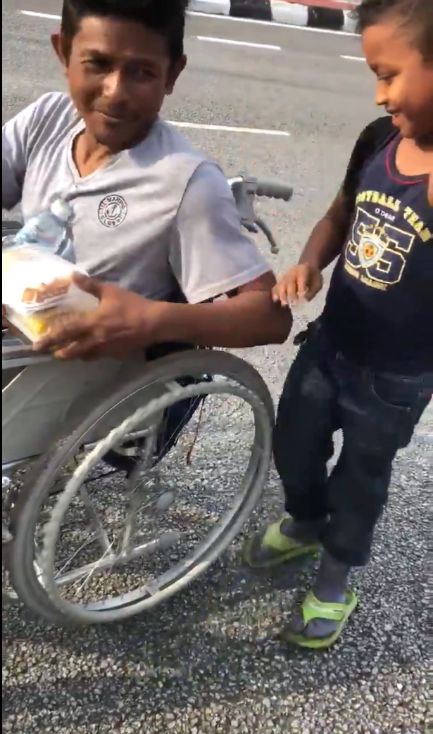 They continued on their way. But the guys were truly bothered by what they had witnessed, so they tried to locate the two – and found them living in the space behind some shops! The group is now trying to find a way to help the duo by providing them a better place to live in and giving them more food.

Metal rods, formally known as intramedullary (IM) rods, are rods that are inserted into the bone marrow canal in the center of long bones to treat broken legs. This is used for either the femur (thigh bone) or the tibia (shin bone).