They were each other’s first love but little did they know that a mock marriage in a school fair would eventually turn into a real marriage after many years.

Bianca Tañega shared on Twitter the sweet story of her parents after her grandmother found the ‘marriage contract’ among her dad’s belongings while cleaning up his room.

She posted a photo of the marriage certificate on Twitter, with the caption: 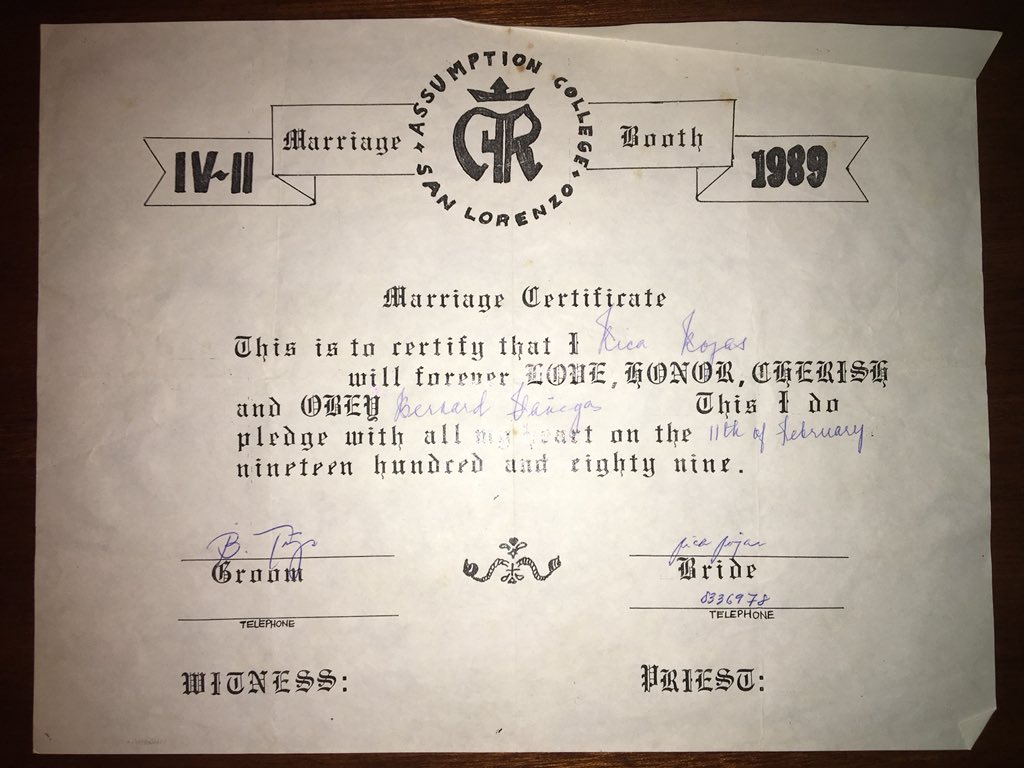 It was really cute how the mock marriage turned into a real one, especially considering that her parents had actually broken up and had not been together for 3 years and a half.

In an interview with When in Manila, Bianca narrated that her parents had gone to the same school since elementary; although it was in 1985 that they officially met as Grade 7 students.

According to Bianca, her mother went to Assumption College San Lorenzo in San Lorenzo Village, Makati City while her father went to a different high school but the two kept in touch as friends.

“My dad started having crush on my mom in second year high school, and they became boyfriend and girlfriend in third year high school so that was December 17, 1988; so they were already together when they got married at the marriage booth of the AC Fair in 1989! That was my mom’s fourth year na,” Bianca narrated.

But while they were still a couple when they started college, the two eventually split up in their third year of college. 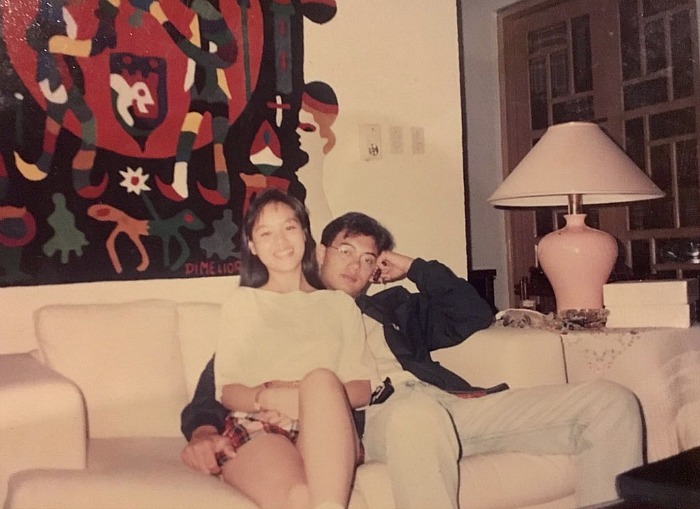 “My parents split then; they weren’t together for three and a half years. But while they weren’t together, my dad would still call my mom to every birthday and every Christmas just to greet her. Eventually, after they both graduated and were both working already, they met again. That was around July 1994. They got back together and by September, my dad was asking her to marry him every day!” she went on.

The couple got married on December 17, 1995 – on the same day they first became a couple back in their high school. 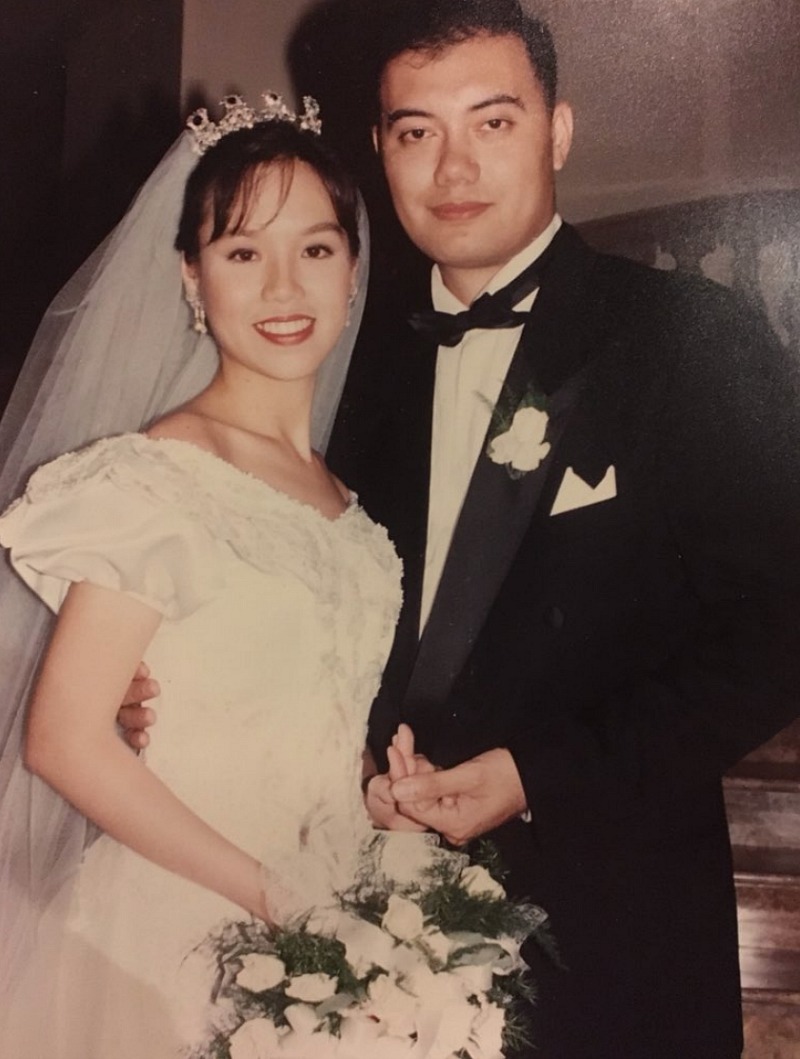 They had forgotten about the marriage certificate they got in high school. This would actually surface just recently.

The couple now has 3 kids together in their 22 years of marriage. It was just cute that they had actually gotten ‘married’ at the school fair before getting married in real life many years later…