Sometimes, help comes from unlikely people. When we see policemen we think of stern and hard people that have no compassion. We think about the tough cops that we always see in the movies and TV.

But it’s not always like that. Policemen are people too. Most of them also have kids and are soft-hearted daddies when they get home. And definitely, most of them have hearts too.

This is what Jose Moncayo realized when he appeared at the Utah County courthouse for a traffic ticket that he received a while back.

Jose has a 2-year old daughter whom he tried to look for a babysitter for before the scheduled appearance. Unfortunately, he wasn’t able to get one, so he had to bring Abi to the courthouse.

The two both waited together outside the courtroom, Abi explored the floor and wasn’t able to sit still beside her father. She enjoyed the time she spent there and made the whole floor her playroom. 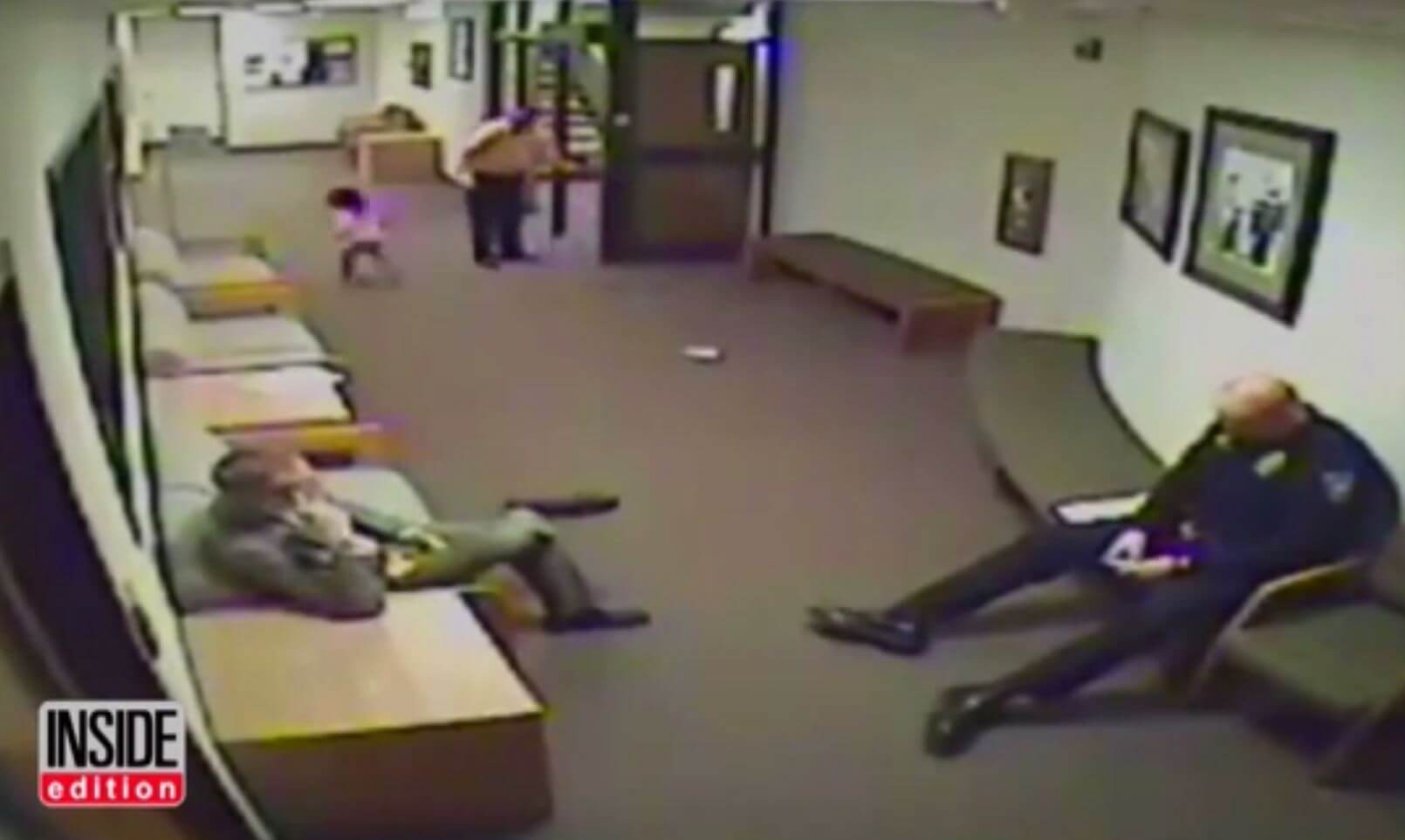 But when it was time for Jose to go inside, he knew he needed help. He can’t bring Abi inside the courtroom. That’s when a hero stepped in. 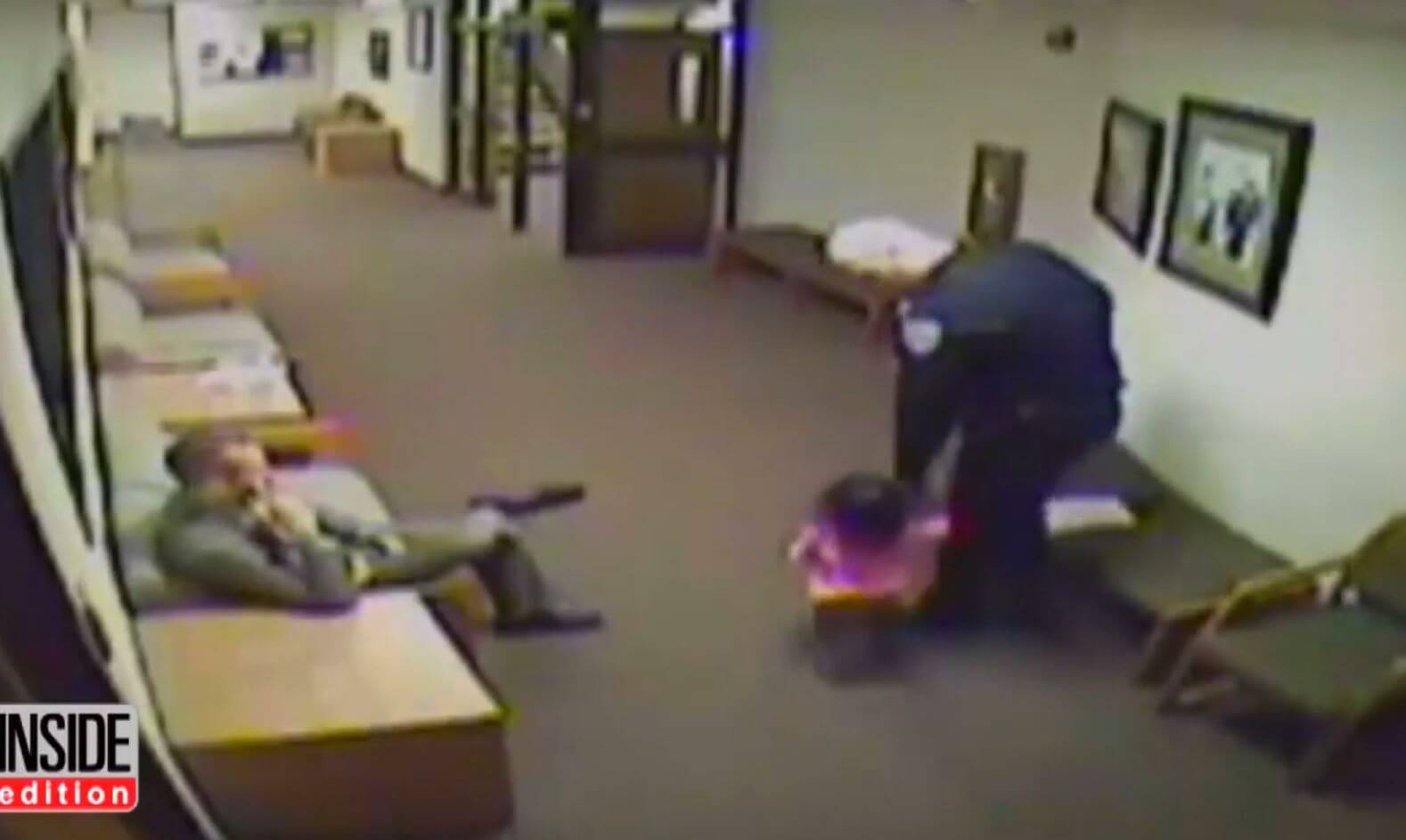 Officer Kevin Norris of the Orem Police took over in taking care of the baby without second thoughts. He just took the girl’s arm and walked her around the floor while Jose is inside for his appearance.

Officer Norris has been sitting and was able to watch the Father and Daughter while they were waiting, so when he knew Jose needed help, he was only too happy to help. 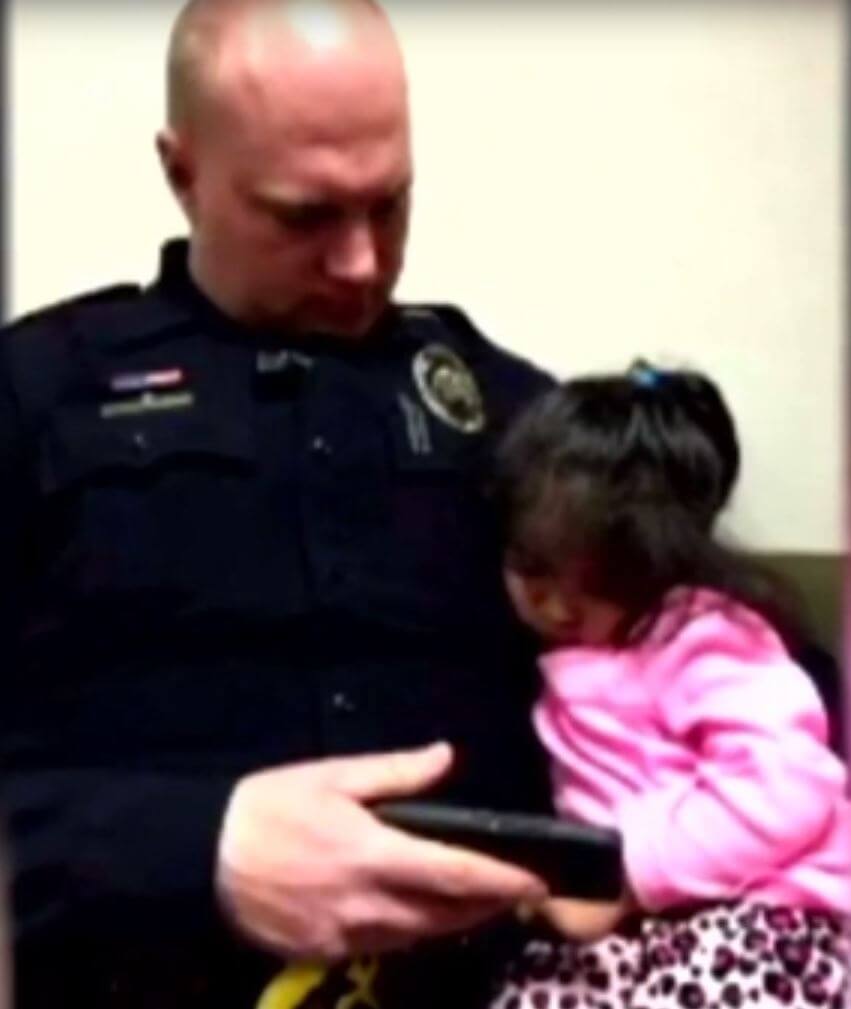 In the surveillance camera, Officer Norris can be seen walking with the girl on the floor, when the girl got tired, he sat down and took the girl on his lap just like a father.

Jose went out to this remarkable and heartwarming sight. His daughter fell asleep on the hero officer’s lap.

Isn’t it wonderful how good people still exist and are willing to help their fellowmen in need?