A hero dog was caught on video as it saved a puppy from drowning in the swimming pool. It never gave up until the small pup was alright. The CCTV footage would quickly go viral, with the dog being hailed a hero for its impressive actions.

Dogs are known to be loyal creatures – to humans and other dogs. Of course, they don’t always like other dogs and might even get into a fight with others but they appear to be so loyal to their friends, anyway.

In a video shared by Rex Chapman, a small white dog could be seen walking near the pool. But because it wasn’t watching where it was going (well, that’s really classic!) the poor thing fell into the pool and was soon having trouble getting out. 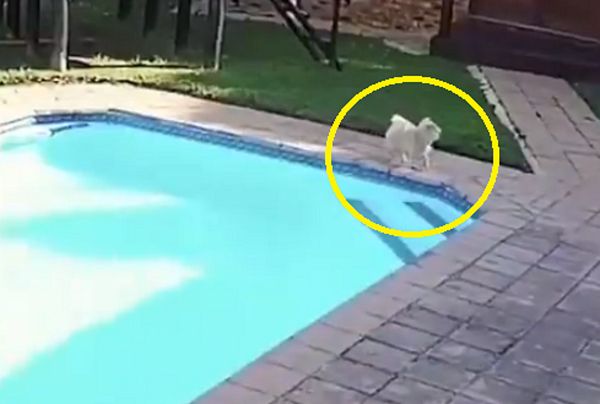 The dog had no idea where the stairs of that pool are, so it could not climb up to save itself. There appeared to be no human being nearby to save it, but a bigger dog who was at the second floor of the house had heard the small one’s cries for help. 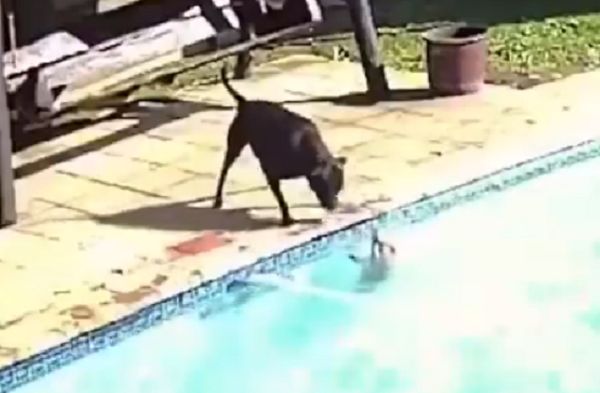 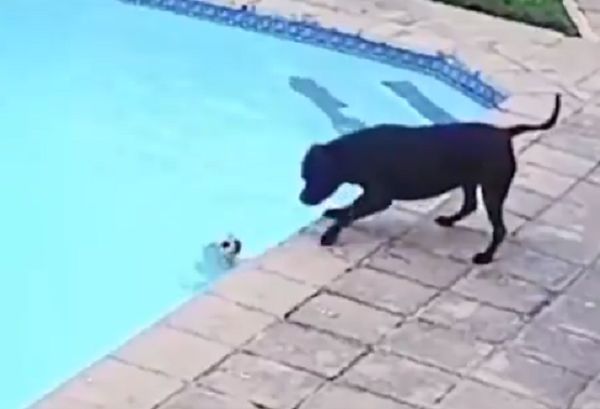 Rushing towards the pool, the big black dog quickly tried its best to help the small one out. The big dog could be seen barking, seemingly giving instructions and words of encouragement to the small one. 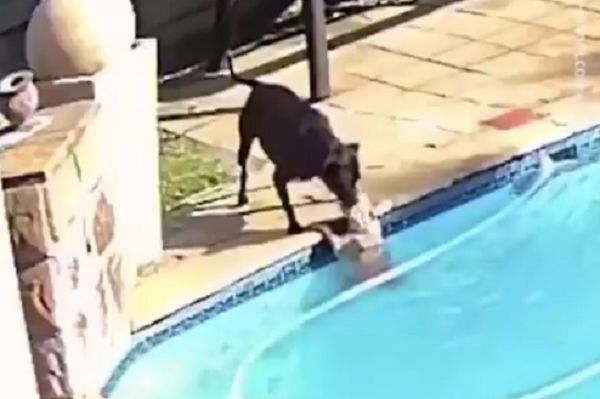 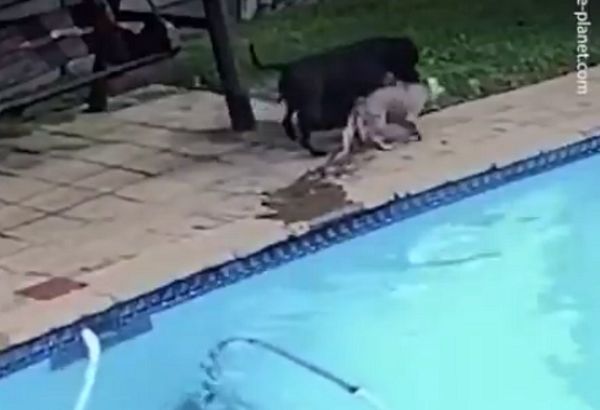 Soon, the small dog could be seen trying to pull itself up while the big dog also helps as much as it could. Many more excruciating moments later, the little dog was finally able to get its body out of the pool – and the big dog made sure to pull it to safety!

While all dogs may be classified as brave, the following have long been recognized as the bravest due to their temperament and long history of loyalty and bravery: