MANILA, Philippines- While many have questioned the landmark ruling of the Supreme Court on former President Gloria Macapagal-Arroyo’s plunder case, several Filipinos have noticed something peculiar about her. A photo of her without her neck brace spread like wildfire online just hours after the verdict was given.

In 2011, Arroyo was diagnosed with multilevel cervical spondylosis. More commonly known as the arthritis of the neck, the degenerative disease is the age-related wear and tear of bones and tissues. Its usual symptoms include stiffness and pains in the neck. 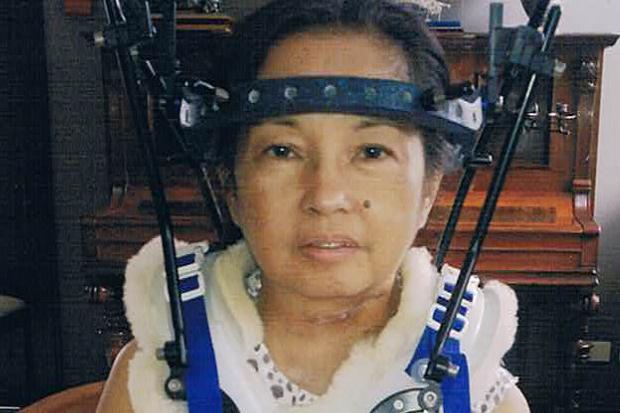 The current Pampanga representative experienced both symptoms and started donning a neck brace since then.

Shedding light on the issue, orthopaedic surgeon Dr. Bruce Canto explained that the use of neck brace should not be prolonged among patients who have undergone surgery or extreme neck pain. The 69-year-old lawmaker had two operations in 2011.

Dr. Canto told CNN Philippines: “Patients with cervical spondylosis, their necks can be unstable so sometimes the instability will sometimes cause the patient chronic pain. If the neck muscles are also weak in terms of supporting the head, we sometimes advise the use of the neck brace to help for the support.”

After four years of hospital arrest at the Veteran’s Memorial Medical Center, Arroyo was allowed to leave detention after the Supreme Court voted (11-4) acquitting her of the plunder case on Tuesday, July 19.

The case involved the alleged release of over P366 million PCSO intelligence funds from 2008 to 2010 for personal gain.

What is a Neck Brace?

Also known as a cervical collar, the neck brace is a medical device to support a person’s neck. It is usually used for patients who suffered head or neck injuries and to treat medical conditions. It can also be used to help realign the spinal column and relieve pain, according to Wikipedia.